Nearly 90 Pro Women rolled up to the line for a race that featured solid racing and an element of suspense, with no tease of the final outcome. While the field had been together, a cash prime at 15 to go sent Meredith Miller (Team TIBCO) off the front temporarily with Anna Sanders (FCS/Zngine pb Mr. Restore) chasing. Successful in her attempt, Sanders, along with Miller built a 14-second gap, which prompted a massive attack by Diana Penuela (Specialized Columbia) at 10 to go.

With the gap down to just three seconds, a two-place prime was announced with Heather Fischer (ExergyTWENTY16) and Sanders (FCS) headed to the bank, where they stayed at the front of the line. Erin Silliman (Fearless Femmes-Pure Energy) joined the break, just prior to another $100 cash prime at 6 to go.

Fischer’s Exergy teammate Christa Ghent snagged the prime while Sanders launched off the front as Laura Van Gilder (Mellow Mushroom) was making her move to bring Sanders back. Field all together with one lap to go, the all-out Sprint ensued, with Van Gilder putting the heaviest foot on the gas for the stage win before a highly appreciative Grafton crowd. Cari Higgins (Exergy TWENTY16) and Jen Purcell (Colavita-Fine Cooking) rounded out the podium. Van Gilder also took over the Becker Law pink Overall Leaders jersey from Theresa Clif-Ryan (Fearless Femme). Skylar Schneider (Team TIBCO) earned her stay in the Oarsman Capital green Cat 2 Amateur Jersey.

The Pro Men’s race saw some action early on but nothing that stuck among the field of 133 starters. Primes were once again a plenty as was the festival-like atmosphere. Packed house parties on the backside, Elvis impersonators, fans cheering at a noise ordinance decibel level, and a mascot race including one freaky tomato.

Meanwhile, as $100 primes were being launched, UnitedHealthCare was deliberate in movement at the front of the field as a now three-man break of Andrew Dahlheim (Bissell), Hernandez, and Tim Rugg (Kelly Benefit Strategies-Lateral Stress Velo) was 17 seconds up the road with 14 laps remaining.

With a $100 break prime and $250 field prime thrown out and sucked up by KBS and MRI, respectively, the gap was down to nine seconds with as many laps to go. UHC and Jelly Belly forming up the middle, the field continued to nip at the gap. Cole House (CashCall) attempted to bridge with six remaining as the gap dipped to six seconds with now five to go as UHC dominated the field.

With four remaining, Herndandez and Smith put forth a Herculean effort to join the break, with the next lap hosting only Rugg and Smith in the break before all again coming all together on the backside. Two laps to go at 32 mph, it was Karl Menzies (UHC) driving the blue train, ultimately leading to a total-effort sprint, which included Grafton crowd favorite Rahsaan Bahati (Team ShareCare) in the mix. UHC once again crossed the line first and second with Jake Keough and Hilton Clarke, respectively. David Guttenplan (AG Bicycles) prevented a UHC sweep of the podium. Jake Keough remains in the Wisconsin Milk Marketing Board yellow Overall Leaders jersey.

The final of 4 ToAD NCC dates takes place in Waukesha on Sunday for the technical Carl Zach Cycling Classic pb Couri Insurance, before continuing for an additional seven dates through June 30th. 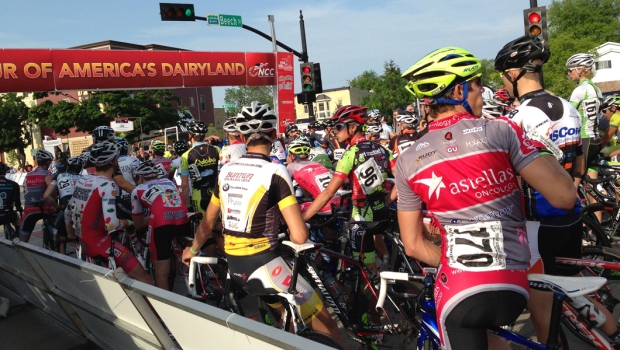 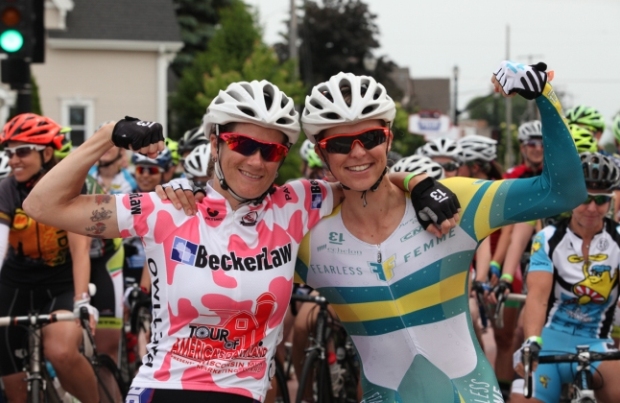 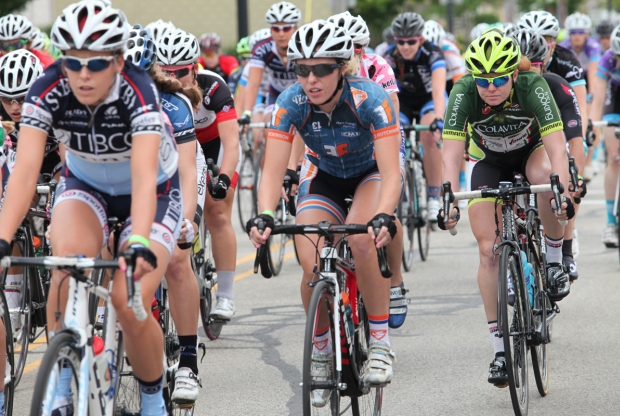 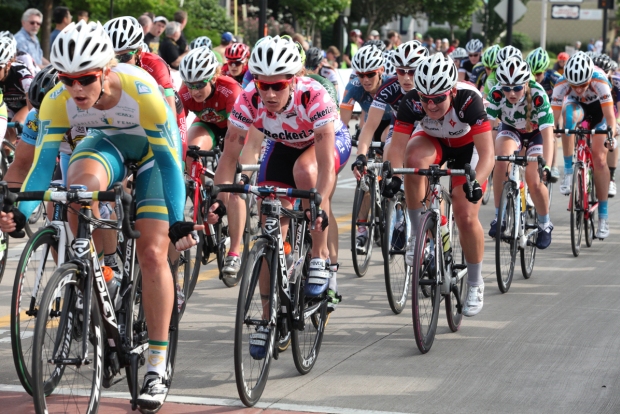 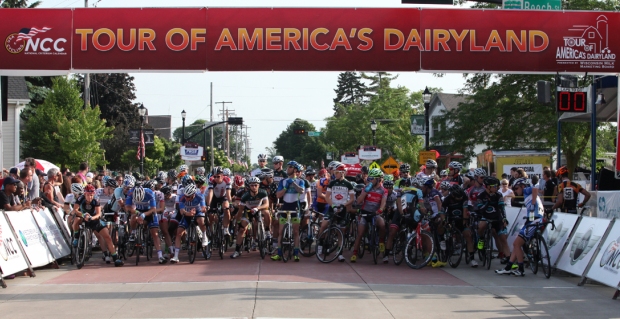 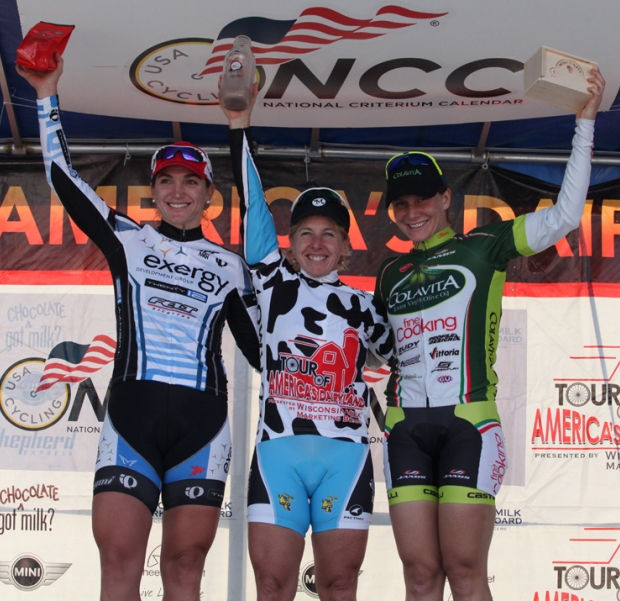 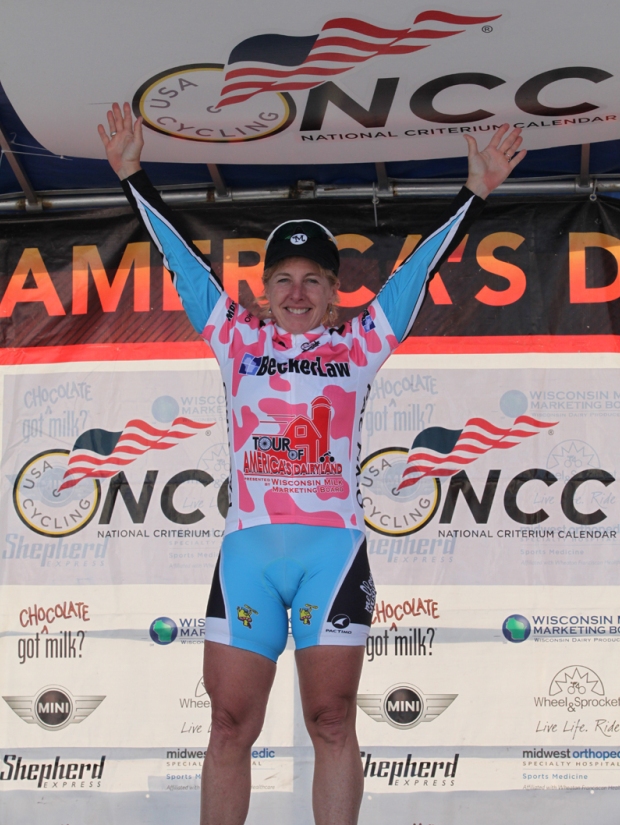 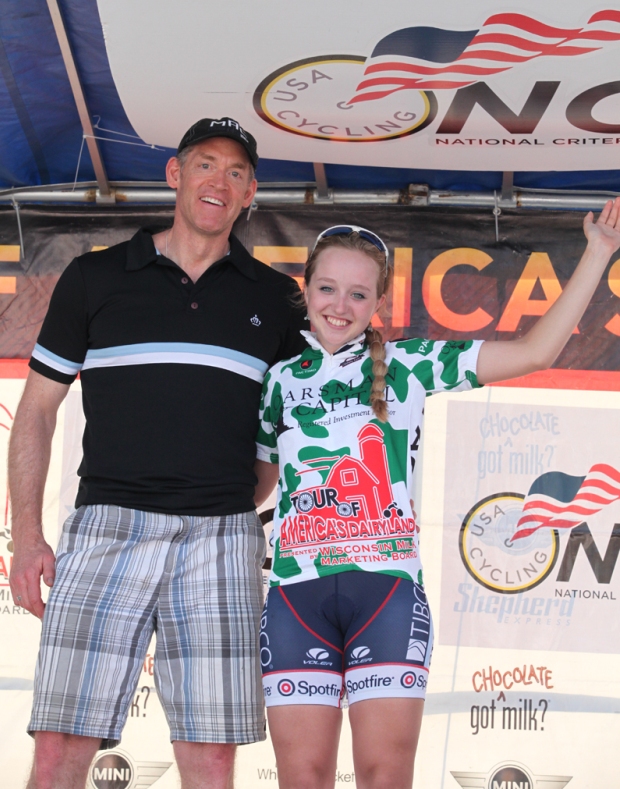 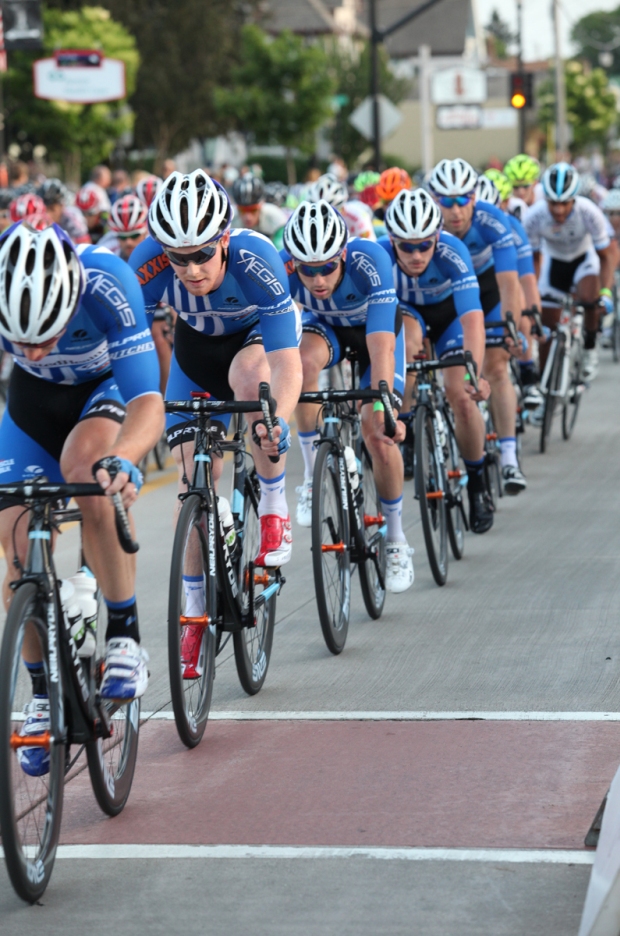 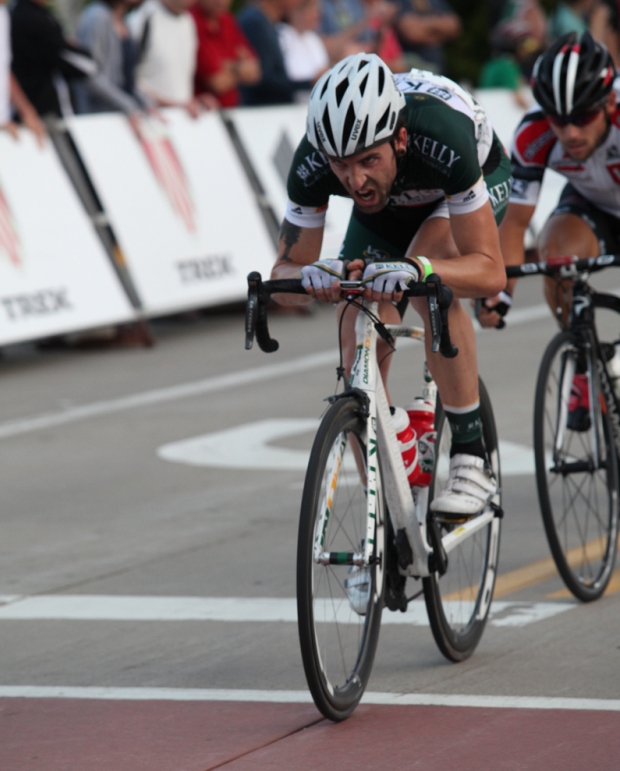 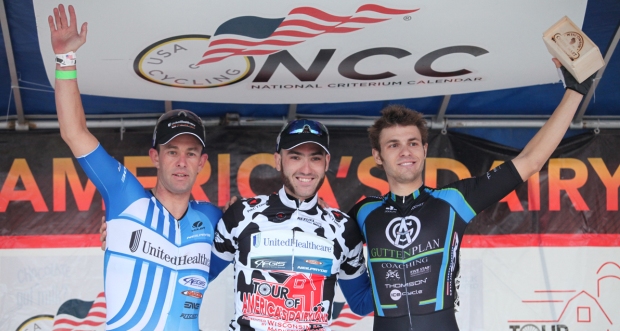 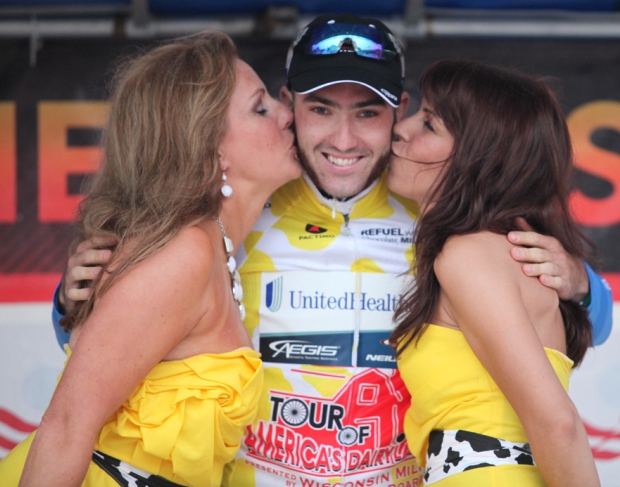 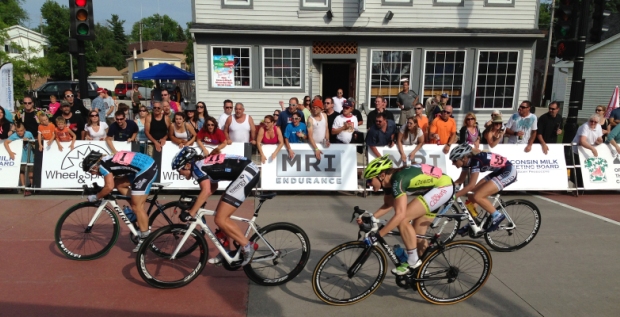