The series continues: Team Novo Nordisk again raced into top-ten in the fifth stage of the Tour of China.

Unfortunately, the blue jersey of the leading sprinter, which Andrea Peron was allowed to wear for leader Benjamin Giraud for the 124.2 km (77.2 m) with start and finisch in Chongquing, didn’t bring him any luck. In the upward sprint the Italian couldn’t find the right position and came in 8th. The French Giraud in the yellow jersey was the winner of this stage, too. Javier Megias had to hand over the mountain jersey of the Tour of China after only one day but has the mountain classification with a gap of just one point still in range. The 29-year old of the world’s first all-diabetes professional cycling team could not gain any points at the only mountain classification of today.

Tomorrow’s last stage of the first part of the Tour of China begins after another longer transfer in Songkan and goes for 137.2 km (85.3 m) to Zunyi. Four mountain classifications are on the program of the most challenging stage of the tour. The first classification waits for the riders after just 9.8 km, after 44.4 km there is the only HC mountain classification of the whole tour, and two more, of the first and second category, after 78.7 and 101.9 km of this final stage. After a further transfer by flight the Tour of China II will start in Changsha on Monday. 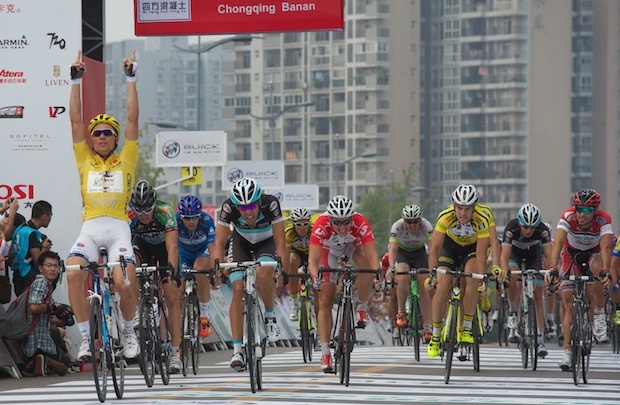