Tour of Korea: Racing in the home of Samsung

This Sunday Team MTN-Qhubeka p/b Samsung will start in the Tour of Korea (June 9 – 16 / UCI 2.2) The African team hopes to perform well in the homeland of its sponsor Samsung and build on its recent succes in Asia. At the beginning of the year, the team brought in its first notable results of the season at the Tour de Langkawi, as Spaniard Sergio Pardilla ended the race in third place overall, and Team MTN-Qhubeka p/b Samsung stood on the top podium step as the best team in the race.

“We are excited about returning to Asia where we have raced with some success this year already. This is another opportunity for us to allow our younger riders to express themselves in another part of the cycling planet. They will be backed up by two of the ‘old’ men, Martin Wesemann and Dennis van Niekerk and we hope to race well enough to earn a podium place or two”, said directeur sportif Kevin Campbell. “It is also wonderful to be visiting a new country as a team, especially as this is also the home of Samsung, one of our sponsors, and we hope to do them proud.”

At the head of the nearly entirely South African squad are the two experienced riders Martin Wesemann and Dennis Van Niekerk, who will lead youngsters Louis Meintjes, Johann Van Zyl, Brad Potgieter and Songezo Jim. The team will be strengthened by Italian Kristian Sbaragli, who is looking for his first win after numerous top ten finishes.

The race in South Korea starts this Sunday in Cheonan and ends after eight stages and 1,077 kilometers in Hanam. 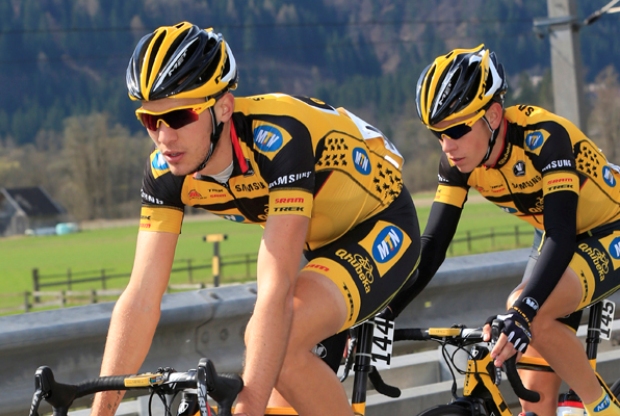