The Tour of Norway gets underway tomorrow and Team Dimension Data for Qhubeka will rally behind our Norwegian Champion, Edvald Boasson Hagen for the 5 stage UCI 2.HC event.

Our Norwegian Champion has had much success at his home race, winning 4 stages over the last couple of years and faring well on the overall GC too. For the last two years running, Boasson Hagen has finished as runner up at the Tour of Norway after winning the race overall in 2012 and 2013. This year, Boasson Hagen will again hope to visit the top step of the podium.

While all 5 stages will suit the capabilities of Boasson Hagen, not for pure sprinters but with no huge climbs either, it will be difficult to control the race with just 6 rider teams. Team Dimension Data for Qhubeka will have Jay Thomson, Youcef Reguigui, Adrien Niyonshuti, Mekseb Debesay and Ben O’Connor lining up alongside Boasson Hagen.

While Boasson Hagen will be made out to be the race favourite once again, the responsibility of controlling the race certainly won’t fall solely on our African Team’s head. Orica-Scott, Cannondale, Lotto-Soudal and LottoNL-Jumbo will all also line up with incredibly strong teams. The local Scandinavian teams also always make life difficult for the World Tour outfits.

Alex Sans Vega – Sport Director
It’s always nice to race in Norway, especially when you have the Norwegian Champion on your team. We will certainly be looking to Edvald on several of the stages but we must remember this is his first race back after a short break. Traditionally he has done well here though so we will support him. There are some really strong teams going to be at the start as well and in-form riders like Albasini and Gallopin will certainly make this year’s Tour of Norway an exciting race. We hope to be in the mix daily and come away from the week with a top result. 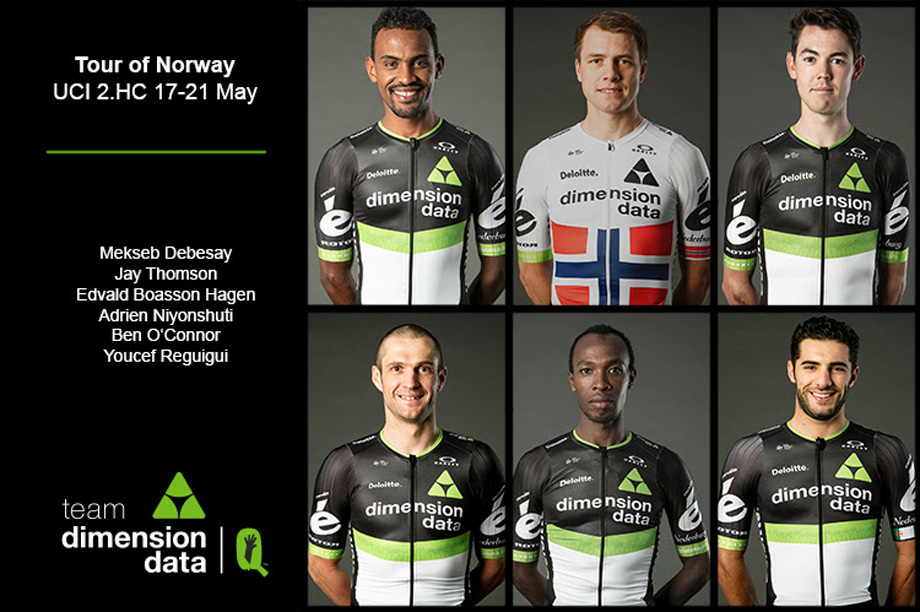