FOX Sports Networks return as the national broadcast partner for the Larry H. Miller Tour of Utah. A total of 21 hours of national programming will be provided on FS2 across the U.S. for the professional cycling stage race, Aug. 1-7, including 14 hours of live, high-definition coverage.

The opening stage of the race will begin at 7:55 a.m. from Zion Canyon Village, and the live FS2 coverage on Aug. 1 will air from 10 a.m. – Noon (MDT). The following six days of racing will be broadcast from 2 – 4 p.m. on FS2. Nightly recap shows will be broadcast on FS2 as well, with times varying by region and viewers are asked to check local listings. Studio announcers will be Steve Brown, Todd Gogulski and former professional cyclist Lucas Euser. Course reports will be provided by sports personality and reporter Kristen Kenney.

International broadcast coverage will be provided on networks and fee-based services in 15 countries across five continents. This programing features Cycling Central in Australia, L’Equipe in France, Bike Channel in Italy and four nations of the United Kingdom, and SuperSport in the 48 nations of the Sub-Saharan Africa territory. An additional 900,000 household global subscribers with SNTV will receive news updates about the race.

It is the sixth year for live start-to-finish race coverage on the award-winning global web and mobile Tour Tracker® platform. The Tour of Utah Tour Tracker® powered by Adobe® will provide live streaming video coverage for cycling fans worldwide. Commentators for this coverage are Frankie Andreu and Tim Johnson, with behind-the-scenes correspondence provided by Chad Andrews.

Tour Tracker also provides enhanced coverage with GPS race tracking, race analysis, photography, and results for every stage. The apps are available for iPhone, iPad and Android mobile devices. The Tour was viewed by more than150,000 race fans from 139 countries using the Tour Tracker® experience online and with mobile devices last year. Links to the web and mobile apps will be available at www.tourofutah.com/race/tourtracker.

KJZZ 14 Television, an independent broadcast television station which serves households across Utah and parts of five other states, will air a one-hour Nightly Race Recap program at 8 p.m. for all seven days of race week. The station will also broadcast a 30-minute Preview Show on July 30. The Preview Show will give a sneak peak at the 705-mile race that showcases 16 professional teams, including five teams from the Tour de France. KJZZ 14 Television Regional coverage in the Western states will also be broadcast by ROOT Sports.

The Larry H. Miller Tour of Utah continues to be free to all spectators, making professional cycling one of the most unique professional sports in the world today. It is the first internationally-sanctioned cycling competition in North America following the Tour de France. More information about the Tour of Utah, the host venues and the teams can be found by visiting www.tourofutah.com, as well as social channels Facebook (tourofutah), Twitter (@tourofutah, #TOU16), Instagram (thetourofutah), and YouTube (tourofutah). 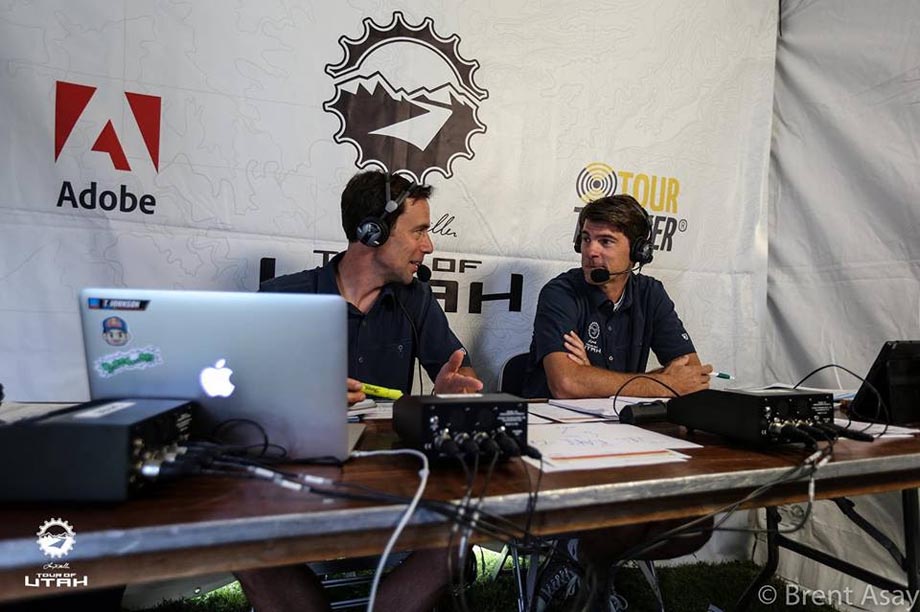 About the Larry H. Miller Tour of Utah
The Larry H. Miller Tour of Utah, referred to as “America’s Toughest Stage RaceTM,” is a week-long, professional cycling stage race for the best men’s teams in the world. The 2016 event will be held Aug. 1-7. Now in its 12th year, the event was elevated in 2015 as a 2.HC-rated UCI stage race, making it one of the premier events in North America. The 2016 Tour of Utah will cover 705 miles of racing and 52,825 feet of climbing. The 2015 Tour of Utah men’s champion was Joe Dombrowski (USA) of Can nondale-Drapac Pro Cycling Team. The Tour of Utah is owned by Larry H. Miller Sports & Entertainment. More information about the Tour of Utah,host venues and professional teams can be found by visiting www.tourofutah.com, as well as social channels Facebook (tourofutah), Twitter (@tourofutah, #TOU16), Instagram (thetourofutah), and YouTube (tourofutah).