The Track World Cup is the highest international level of track cycling competition and is a critical component of the qualification process for the Olympic Games and for the UCI World Championships. The Milton World Cup will be the second qualifying competition of the year and will feature 5 sessions of racing over three days.

“We are excited to work with the UCI and our multiple partners to build on last year’s success. Hosting the Tissot UCI Track Cycling World Cup is a great opportunity for us to expose more people to the sport of cycling and we hope that the good performances of the Canadian National Team will inspire more people to get active and to get on a bike,” commented Pierre Lafontaine, CEO of Cycling Canada.

The Mattamy National Cycling Centre, built to host the track events at the 2015 Pan Am Games, is a Category 1 homologated velodrome, and one of only two velodromes in North America that meets the requirements to host World Cup-level competitions.

Mathieu Boucher, Performance Development Director at Cycling Canada, said “We had a great first edition in 2017 and we are working on making the experience even better for participants and spectators alike. We saw some great performances from the Canadian team last year and we are excited to see our athletes perform at home in this state-of-the-art facility once again.”

Event details and ticket information will be announced later this year. For more information about Cycling Canada events, visit www.cyclingcanada.ca.

About Cycling Canada
Cycling Canada is the governing body for competitive cycling in Canada. Founded in 1882, Cycling Canada aims to create and sustain an effective system that develops talented Canadian cyclists to achieve Olympic, Paralympic, and World Championship medal performances. With the vision of being a leading competitive cycling nation by 2020 celebrating enhanced international success, increased national participation and world class event hosting, Cycling Canada manages the High Performance team, hosts national and international events and administers programs to promote and grow cycling across the country. Cycling Canada programs are made possible through the support of its valued corporate partners – Global Relay, Lexus Canada, Mattamy Homes, Louis Garneau and Bear Mountain Resort – along with the Government of Canada, Own The Podium, the Canadian Olympic Committee and the Canadian Paralympic Committee. 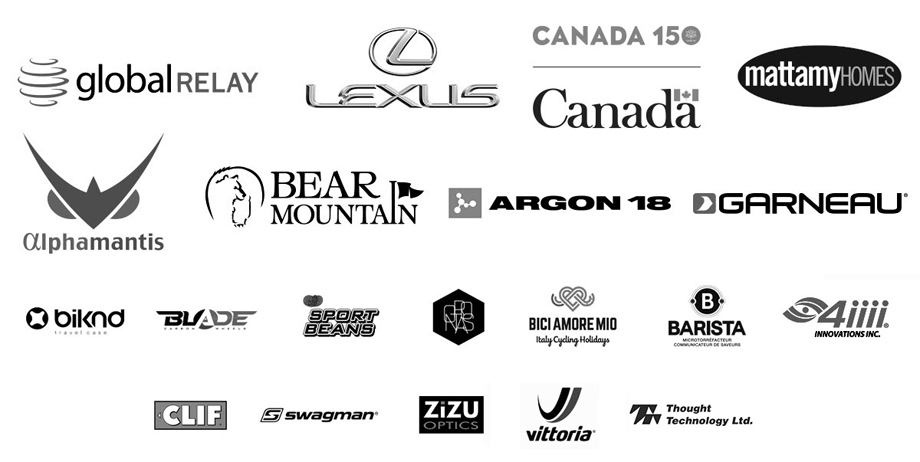