Tremendous Success for SIDI at the Cosmobike Show in Verona

Large crowds, plenty of champions and lots of interest in the latest products for 2018.

The CosmoBike Show was held in Verona from the 15th to the 18th of September. This year once again it was an important event that sparked great interest. All in all, there were 445 exhibitors featuring the best brands in the sector, more than 60 thousand visitors who thronged the pavilions and open spaces of the fair, 11 thousand bike tests and 35 thousand square metres of exhibit space; these are significant numbers that testify to the importance of this event, which has become the number one event in Italy, with a major foreign attendance as well. 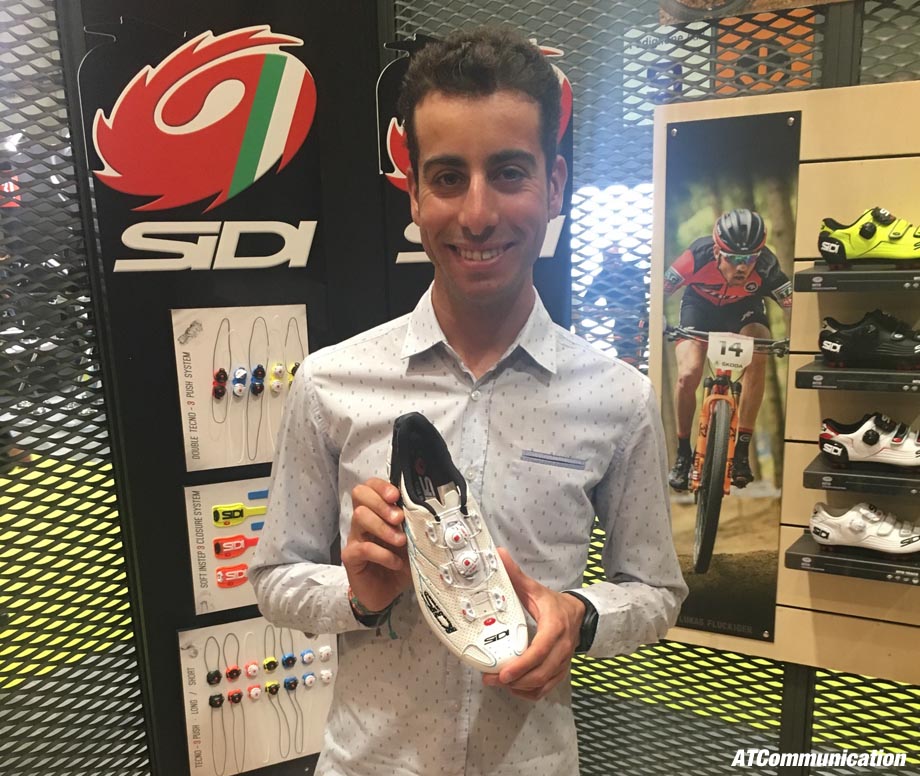 Of course, the Sidi stand had to be there. Sidi offered collections with their top-of-the- line models: the Shot for road cycling and the Tiger for MTB. There were also many other new products for all bicycling sectors, to meet the demands of the most experienced pros as well as simple enthusiasts. The attending public showed amazing interest and were very impressed. 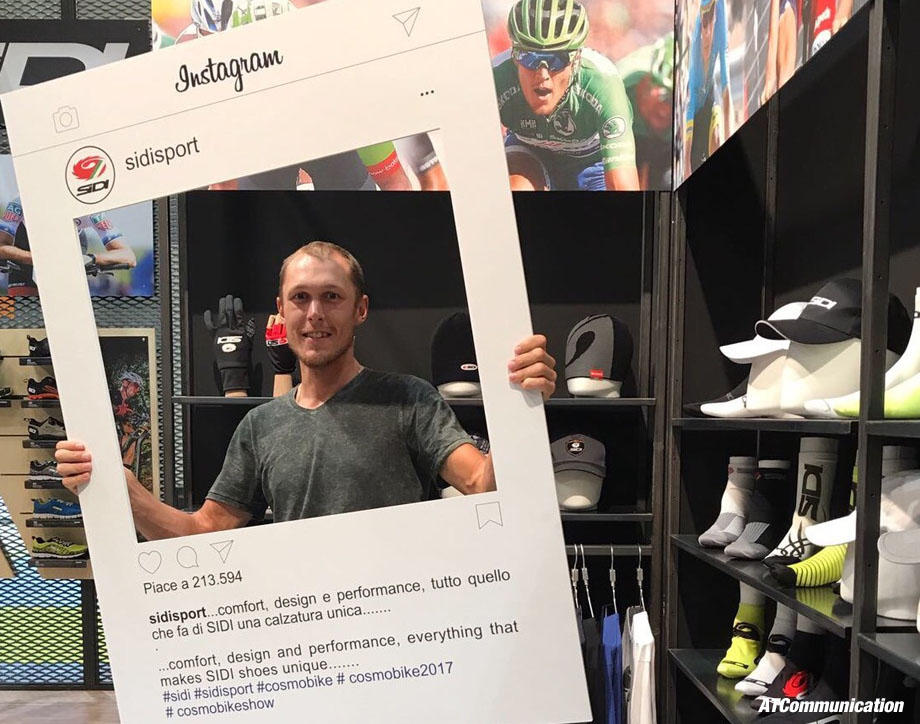 Lots of champions from the Sidi team took turns at the stand to pose for pictures and sign autographs for fans. Matteo Trentin (Quick-Step Floors) was there, fresh off 6 victories in the last month and a half, including 4 stages in the Vuelta. Riders from Team Bahrain Merida – Sonny Colbrelli, Valerio Agnoli and Manuele Boaro – also showed up, as did Pippo Pozzato and his pals Manuel Belletti and Matteo Busato from team Wilier Triestina – Selle Italia. Trentin and Colbrelli will lead the Italian National team this week at the World Championships in Bergen, Norway. Then there were the Italian National MTB riders Luca Braidot, Daniele Braidot, Mirko Tabacchi and Andrea Tiberi, the cyclocross guys from Team Trentino and many more. Not to mention the visit by one of the all-time greatest, twice World Champion and Olympic gold medallist Paolo Bettini. 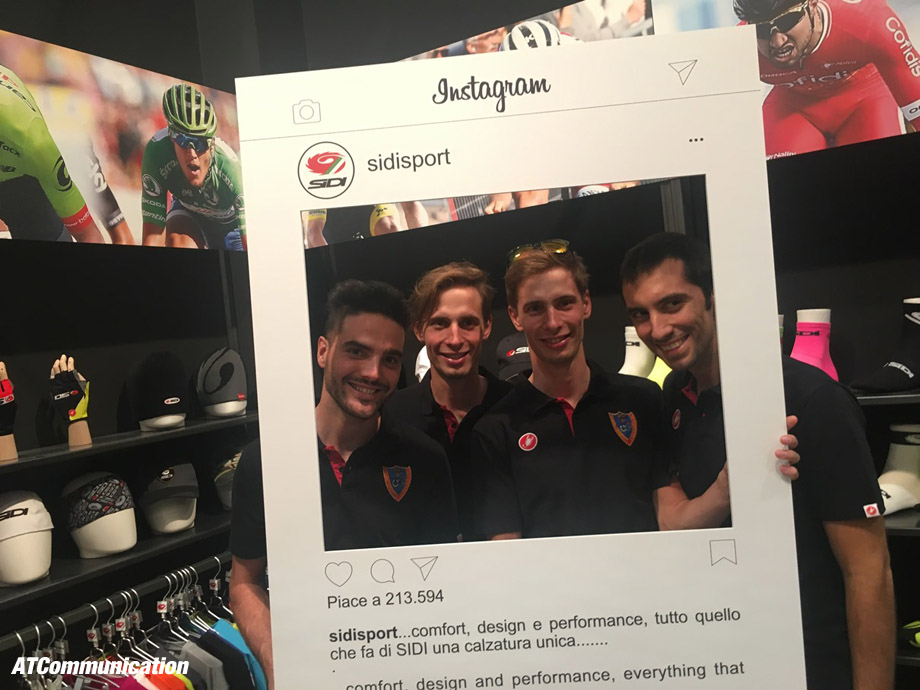 One of the champions people most looked forward to seeing was also Fabio Aru (Astana Pro Team). On the first day of the trade fair he baptised the CosmoBike opening ceremony and right afterwards he came to the Sidi stand to bask in the affection of his adoring fans. Aru was accompanied by President of the Veneto Region Luca Zaia, who wanted to be there for such an important occasion and express his solidarity and his pride with those companies and enterprises based in Veneto that represent excellence in the biking sector. 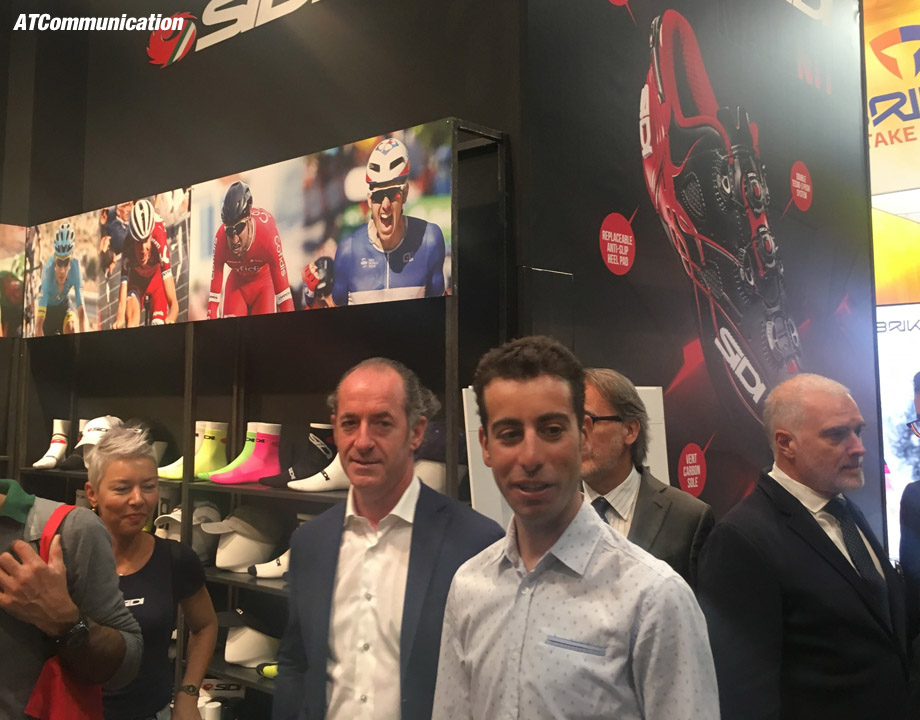 And there weren’t just bicycling stars…Sidi also received a much welcomed visit by the Hollywood star Katherine Kelly Lang, also known as the famous Brooke Logan on “The Bold and the Beautiful”, the world’s most famous and well-loved soap opera. This TV diva is also an impressive cyclist; in fact for many years Katherine, who loves Italy and visits often, has been riding long distance triathlons with excellent results…Of course, when it comes to cycling she can always count on Sidi. 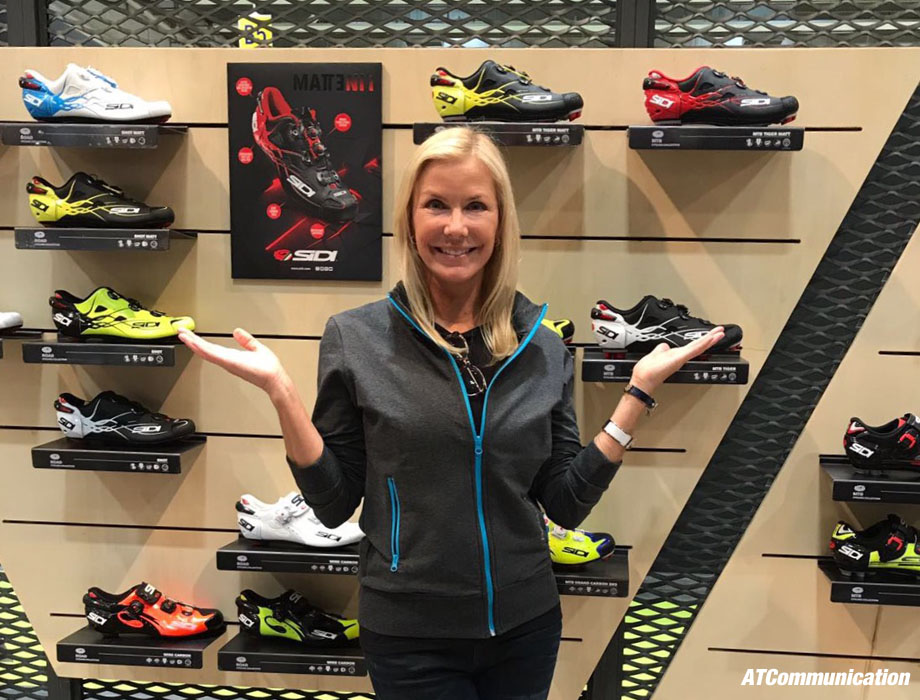