Trentino Travelled the World with the 40th #GdTM

The figures of the 40th edition have been presented in Trento. A huge increase in media exposure states the race’s value in terms of territorial promotion.

Giacomo Santini, GS Alto Garda President, explained: “We had many challenges in front of us. A new organizing team. A TV production to re-invent, with the crucial help of the Lega Ciclismo Professionistico and its President, Enzo Ghigo. A global field of top-class riders. That made #GdTM such a successful event, also in media terms: with little more than a month to work, the TV rights sales far exceeded our expectations.“

Now more than ever, Giro del Trentino Melinda is an excellence in the international cycling, whose organizational quality collects appreciation from both the riders and the teams, and whose spectacular routes are among the most cherished by cycling fans and media. The figures presented speak for themselves: the 4-day race had a live TV coverage of over 6 hours, reaching an over 100-million TV users group. Giro del Trentino Melinda’s images have been broadcast – either live or delayed – in 49 Countries all over the World, plus the highlights distributed by EBU (Eurovision) in over 60 Countries.

The web also contributed greatly to #GdtM exposure, through the live coverage of the rights holding websites, as well as through the media and social networks: providing real-time multilingual information, Giro del Trentino Melinda got in touch with a huge audience all over the World, through website, written live coverage and social media: that is clearly showed by over 230.000 page visualizations on www.girodeltrentino.com, over 32.000 followers on Facebook and 25.000 visualizations on Youtube for the 36 videos produced over the four days of the event.

Then, there is the eloquent case history of Australian Adam Phelan of Drapac, who published a self-produced video filmed during the race, in which he described his experience in Trentino, in what he called “the most beautiful race of my career”: the event has managed to give an incredible exposure to its territory through the direct experience of one of its protagonists.

Given these premises, the event looks forward with the intent – said Santini – “to further professionalize our team and structure and continue our international growth. We are already working on these strategies with Trentino and our partners, starting with our main sponsor Melinda.”

Meantime, the photo exhibition celebrating the first 40 years of Giro del Trentino Melinda has been officially announced: the exhibition will be open at the Casino in Arco from September 2nd to 11th, 2016. 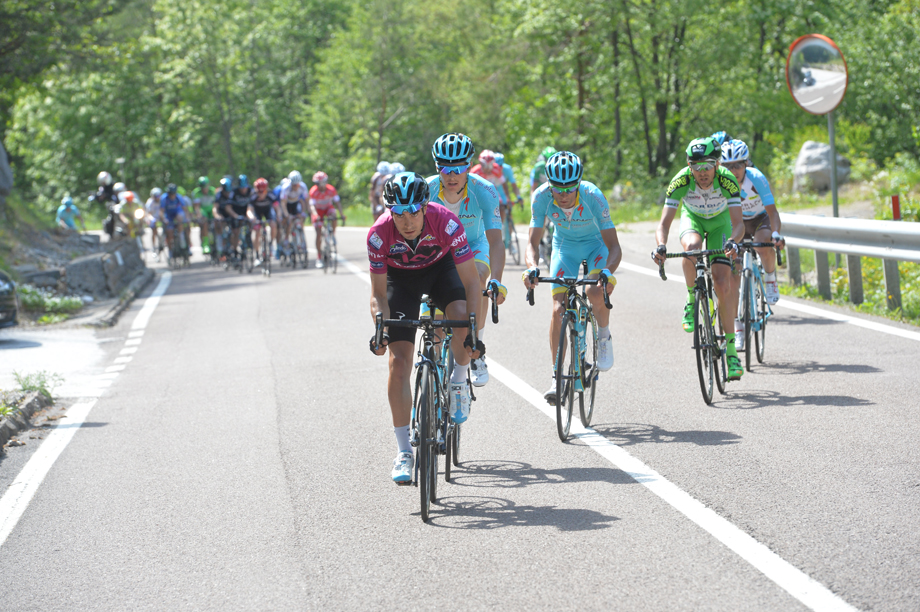