The 23rd Giro Ciclistico del Trentino Alto Adige starts tomorrow from Torri del Benaco with Lichtenberg-Häusler and Brändli at the start. 18 teams to line-up. Follow the live coverage on Twitter.

Just like Men’s Giro del Trentino Melinda represents a key-moment on the way to the Giro d’Italia, in the second half of June women’s cycling approaches Giro d’Italia, the most important event of the season, by taking part at the Giro Ciclistico del Trentino Alto Adige, the international event now back to the stage race format.

Torri del Benaco, on the Lake Garda, will host tomorrow, Saturday June 18th, the start of stage1, that will finish in Valdaone after 104 Km, but the GC challenge’s outcome will ultimately depend on the second competition day, Sunday June 19th in Cavedine with a 11,5-Km team time trial in the morning and a 70 Km demanding half-stage characterized by three passages on Lasino climb in the afternoon.

Among the superstars at the start (18 teams to line-up) Claudia Lichtenberg-Häusler (Lotto-Soudal) and Nicole Brändli (Footon Servetto), the latter returning to racing after seven years, lead the climbers’ peloton. In addition, Italian youngsters Francesca Cauz (Ale Cipollini), Sofia Beggin, Sofia Bertizzolo and Arianna Fidanza (Astana Women) lead the field of intriguing outsiders. Last minute withdrawal for Pauline Ferrand Prévot, due to muscle inflammation, and Jolanda Neff: from now on the Swiss rider will focus on upcoming Olympic Games only, taking part at a mountain training camp in view of the OG event in Brazil. 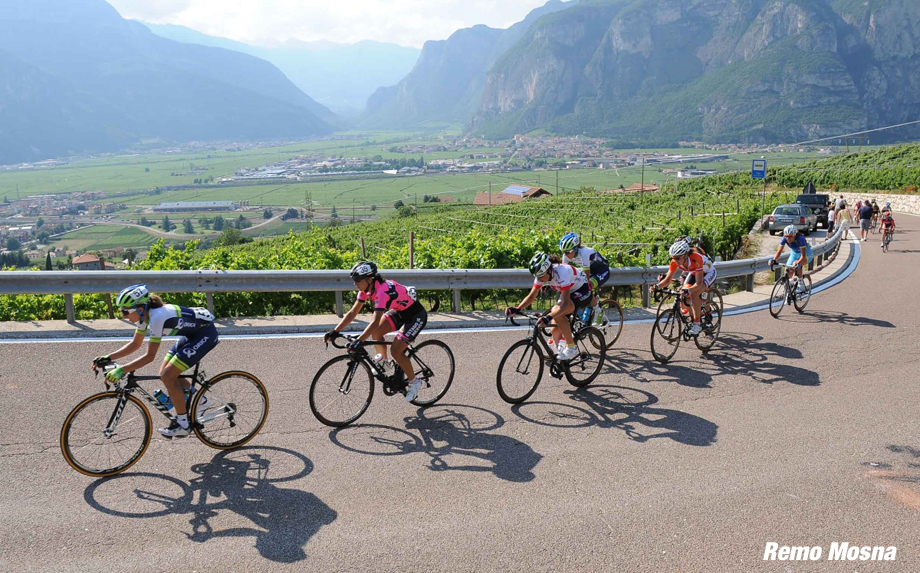