A trio of homegrown talent, each with an impressive comeback story, has signed with ORICA-AIS for the 2015 season.

The announcement comes as the outfit take a well deserved break following a successful 2014 season which sport director Gene Bates said had the typical highs and lows but some very memorable highlights.

“In my first season, I was extremely happy and proud to be able to work with such a talented and motivated group of athletes,” Bates said.

“Some of the highs were definitely our silver medal at the world championships in the team time trial, Valentina Scandolara’s victory in the Giro del Trentino and Emma Johansson’s win at the Cittiglio World Cup and also finishing as the second ranked rider in the world again.”

With attention already turning to 2015, an ambitious ORICA-AIS will attack the season with a clear set of objectives, looking to get the most out of the entire squad.

“Next year we are going in with a really specific plan for the season,” Bates said.

“We want to concentrate on targeted races and really focus on preparing the riders for those goals right from the get-go at the start of the season.

“It puts accountability on the riders but also just makes them feel like they are really wanted within the team, rather than just going around helping others for the full season.” 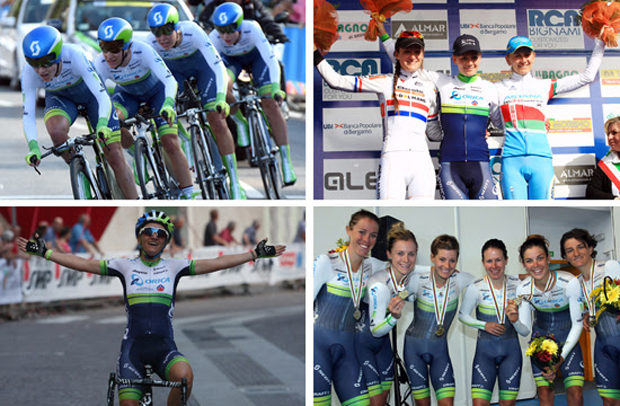