The 1-hour documentary follows the 15 charity teams of amateur riders, each with one pro cyclist, as they work together to race for real cash for their chosen charities.

The coverage is presented by Layla Anna-Lee, who is best known as the voice for the London 2012 Olympic Opening Ceremony.

The event included a 5km Prologue and two timed high mountain stages, including Col de l’Iseran, the highest mountain pass in the Alps.

The event is designed to incentivise tactical team riding. Each team of 8 riders (7 amateurs and 1 pro) has its own team car and Directeur Sportif. Every rider has a radio link with their team car and the Race Director.

The event has helped raise funds to have a positive impact on the lives of young people from North London to Rwanda, on communities from the Himalayas to Angola and from wounded British service personnel to the families of those battling Prostate Cancer.

For more information about the Trois Etapes, please visit: https://www.troisetapes.org. 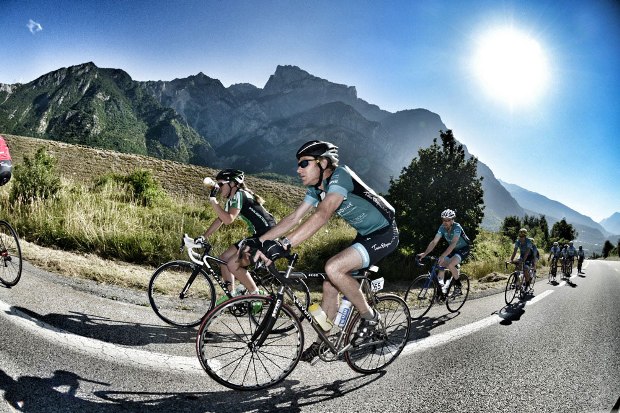 LAMPRE-MERIDA for the Vuelta a España

Cunego, Pozzato and the debut by Polanc