In Sunday’s 171 kilometer long fifth and final stage of Tour de Fjords from Risavika to Stavanger, everyone expected a bunch sprint decision but a certain Tinkoff-Saxo became very close of taking it all.

Five riders, Alssandro De Marchi (Cannondale), Pieter Jacobs (Topsport Vlaanderen), Angel Madrazo (Caja Rural), Martijn Tusveld (Rabobank) and Frederik Wilmann (Ringeriks-Kraft) formed the first breakaway. But the sprinters were aiming for a stage win and just as everyone thought it was a textbook gallop, Tinkoff-Saxo’s Nikolay Trusov blasted away on the final kilometer and only a powerful and well-timed sprint from Alexander Kristoff (Katusha) secured him the stage and overall win.

“Nikolay was just waiting for the exact right moment to attack and with 500 meters to go, he lit up the field with a power blast. But Kristoff reacted promptly and went past him only 50 meters from the finish line and grabbed the stage win as well as the overall classification. We missed the victory but the boys have been aggressively and taken every opportunity on the road to create a result. Once again, Valgren shows excellent form and finishing fourth is not that bad for such a young rider,” Hoffman concluded. 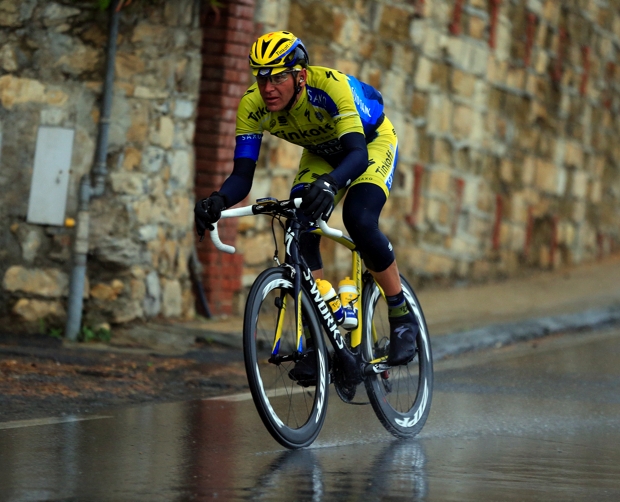 A third stage victory for Drapac at Tour de Kumano