Two wins in a day for RusVelo

RusVelo’s chief ITT specialist Artem Ovechkin won a 8.8 km-long opening stage against the clock in the UCI 2.1 Tour of Slovenia taking the yellow jersey that came with it. He rode the course set against the capital city landscape of Ljubljana at an average speed slightly shy of 51 kmh. One of the legendary Sky’s train powerful engines Salvatore Puccio stopped the clock just mere hundredth of a second later; his compatriot, four-times Giro d’Italia stage winner Diego Ulissi finished third, two seconds behind. Three more RusVelo riders, Artem Nych, Alexander Serov and Artur Ershov made top-30, which put the squad in the 4th position of team standings, higher than any other pro-continental formation.

“We had every reason to expect a good result from Artem who placed himself high in every short time trial he rode lately. Last year he coped with this Slovenian course a second faster and finished a respectable 7th, we shouldn’t go into comparisons though, road racing is road racing, every day is different. Anyway, he knows the whole of the race from the last year’s edition, and it should help him in defending his leaders jersey. We had to burn some nerves waiting for the jury’s verdict as to who was the winner, Ovechkin or the Italian, it was so close; the leader jersey came as a great reward for this. We’ll do our best to defend it, we are aware of the level of competition here, and we feel encouraged by this rather than frightened”.

“I feel good, as I normally do in June. When I was training for this race, I focused on this time trial; so it’s not going to be easy for me to keep it in the mountains, though I can promise I’ll fight as hard as I can to keep it. After all, the team has a couple of real climbers to rely on.
This season’s top priority is to peak for the flat ITT of the World championships, the year’s strategy is built around it. That’s why I’ve put on some muscles compared to last year for pure strength and speed”. 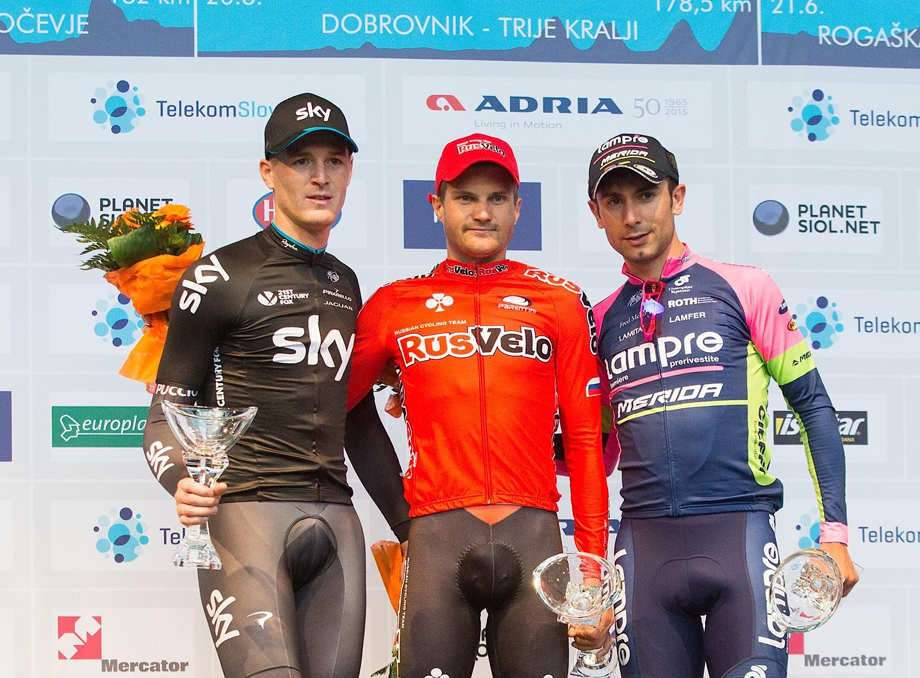 Artem Ovechkin victory followed a similar success of his recently-signed teammate Ivan Savitskiy in the neighboring Serbia. A few RusVelo road and track team riders take part in the race riding for the national squad. The first, 141-km long stage made of eight laps was decided in a bunch sprint; Savitsiy beat the Byelorussian Nikolay Shumov, yet another RusVelo sprinter Ivan Balykin came in third.

“We brought here some extremely fast track pursuit specialists like Evrushenko who can keep 60 kmh for quite a while. I liked the way the train worked in the final kilometers. The race was aggressive right from the start, and the compact bunch that contested the sprint thinned out to less than 30 riders. It’s a very good race for our trackies to fine tune their form before the Russian road championships in Saransk where they should play an important role”. 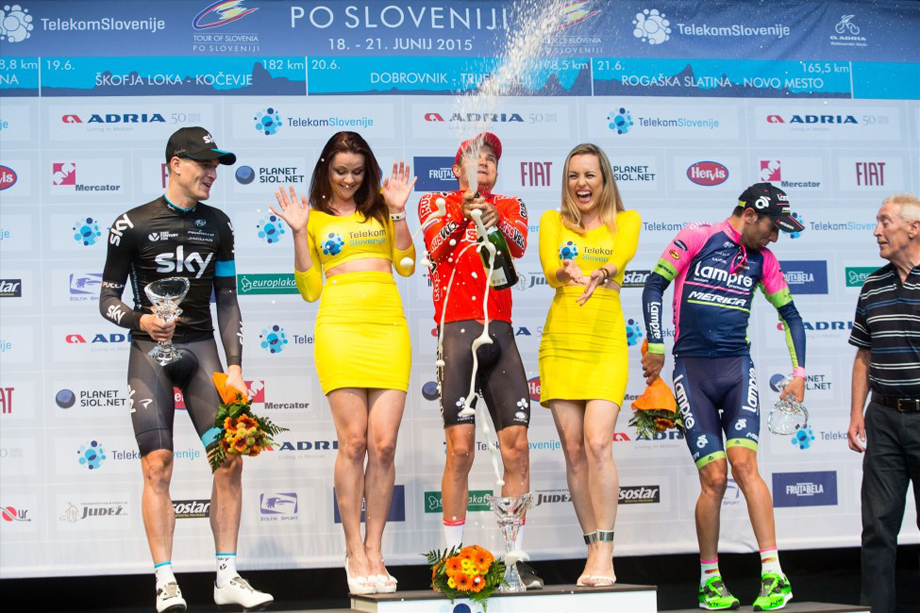