In the autumn of 2016, Tom Boonen announced his farewell to cycling. This Sunday, he will be riding his last Tour of Flanders. UNILIN, world-renowned manufacturer of Quick-Step laminate, hardwood and vinyl floors and the sponsor of Quick-Step Floors Pro Cycling Team, won’t let Tom’s final Tour of Flanders pass unnoticed. 500 employees will encourage him in a way you’ve never seen before. 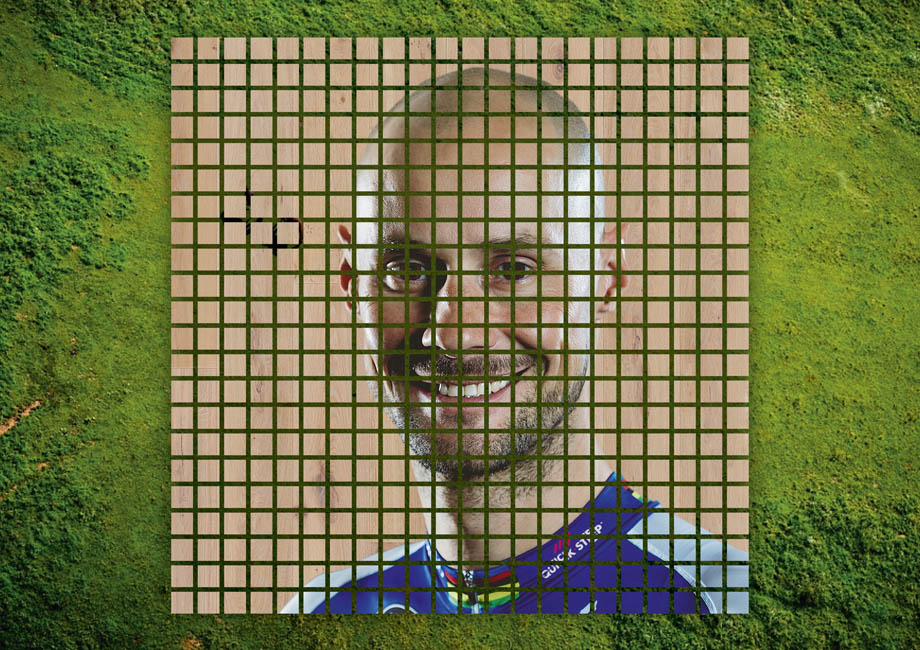 “For more than 18 years, we have been a proud sponsor of the cycling team of Patrick Lefevere, one of the best in the world,” Paul De Cock, president of UNILIN, division flooring begins. “Tom began his professional career in 2002 and moved to Patrick Lefevere’s team one year later, to which he’s always stayed loyal”. Vice versa, the team and sponsors have always supported Tom for better or worse. That mutual dedication has forged a strong and enduring relationship, unusual in the world of professional cycling.

King of the spring classics
Boonen experienced his golden years with the Quick-Step team. Two years after his transition, he won the Tour of Flanders and Paris-Roubaix and became world champion; all in the same season. Cycling fans throughout Flanders and far beyond became wild and embraced the down-to-earth Boonen. “A real relief,” team manager Patrick Lefevere recalls. “Tom came into the team when Johan Museeuw was riding his last races. The perfect timing to launch a new top rider.”

A sport of heroes
“Tom has played a major role in giving the sport of cycling in Flanders a new impetus”, Sophie Hautekeete, sponsoring & PR manager, explains. “After the remarkable year of 2005, his picture suddenly hung on the bedroom walls of teenage girls across the region. As a smart, handsome and witty young man, he helped change the image of cycling as a sport for the older generation. Today, young and old see cycling as a battle of titans, a trendy sport of hipster heroes who they adore and idolise.”

Power and class
For most Flemish inhabitants, the brand Quick-Step and Tom Boonen are inseparably connected. In recent years, the company has prospered from this connection, as Sophie Hautekeete confirms: “We have launched campaigns featuring Tom and his teammates, linking the characteristics of each of the riders to the strong features of our products. Tom’s talent for the classics was the perfect match for our timeless floors.” Slogans such as “Always ahead of the pack, from classics to design” immediately appealed to the press and public.

Give everything, one more time
With the farewell of Tom Boonen in sight, UNILIN employees are set to pay a spectacular tribute to their hero. “500 colleagues will form a huge moveable tifo; a living banner made from panels. On one side Tom’s image appears, while on the other side, ‘Quick-Step thanks Tom’ will be written on a floor,” explains Sophie Hautekeete. The size of the tifo will be around 250 square metres, a fitting tribute to one of cycling’s true legends. In addition, Quick-Step will also hand out masks of Tom’s face, which fans can also wear during next week’s Paris-Roubaix race, as a thank you for his contributions to cycling in the past 15 years. 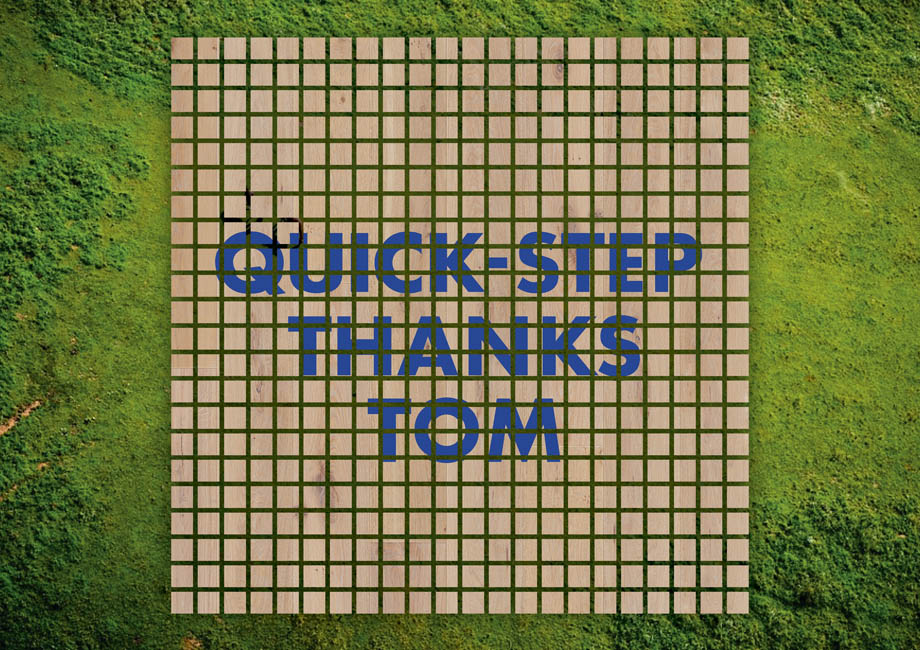 #ThxTom
On the masks is a call for participation in the social media campaign #ThxTom, which UNILIN launches on the 30th of March. Through this hashtag UNILIN invites everybody to thank Tom for his efforts and loyalty to the team in what has been an extraordinary career.

A warm company
All these actions are initiatives from the UNILIN colleagues. “It’s no surprise Tom has countless fans at UNILIN”, Sophie Hautekeete laughs. “We have a lot of cycling fans working for the company and it’s fantastic to have Tom Boonen as the face of your company, no?” UNILIN naturally cheers on initiatives from its staff that promote a sense of community and team spirit: “These initiatives fit perfectly within our ‘happy workout’-strategy; through small and big actions we want to create a warm working environment for everyone”, Sophie Hautekeete concludes.

The #Thx Tom campaign will run until April 29th. Share your own farewell message with Tom via www.Quick-step.co.uk/ThxTom.

About Quick-Step
Quick-Step is a quality flooring brand produced by UNILIN. On-going research and innovation along with a strong focus on quality have made Quick-Step one of the top players in the flooring industry. The brand, known for its patented glueless Uniclic® installation system, has evolved from being an affordable alternative to wood to a category in its own right, bringing a wide variety of design floors that are swift and easy to install and maintain in every situation. Today, Quick-Step is a global engineered wood, laminate and luxury vinyl flooring brand active in over 100 countries. A true leader in design, innovation and quality.

Lotte Kopecky looks ahead to her second Ronde van Vlaanderen