Universal Sports Network presents exclusive LIVE coverage of La Course by Le Tour de France on Sunday, July 26, at 8 a.m. ET. The one-day, elite women’s cycling race will finish on the famed Champs-Elysées prior to the finale of this year’s final stage of the Tour de France.

“With the thrill, speed and power of women’s cycling on display at last year’s inaugural La Course, I am so excited to be back for what is sure to be another nail-biting race at a time when the attention on women’s sports is at an all-time high,” said Bausch whose commentary will provide perspective on women’s professional cycling. “Thanks to Universal Sports Network, we will once again showcase the intensity and fierce competitiveness of the top women cyclists in the world as they fight for the top prize on the Champs-Élysées.”

In addition to LIVE race coverage, the broadcast will feature an exclusive sit-down interview with American women’s cycling legend Marianne Martin who won the very first Tour de France for women in 1984 which was then an 18-stage road race. Martin relives her win and talks about how women’s cycling has changed over the years and also looks toward its future.

“Women’s racing still isn’t equal to men. I think that’s something that hopefully will change as they [women] are now in the Tour de France,” said Martin. “I hope that women can have a strong presence and that more women will get into the sport and see it as a wonderful sport whether they want to race or just ride their bikes… Cycling is such a great sport and such a great way to maintain fitness.” 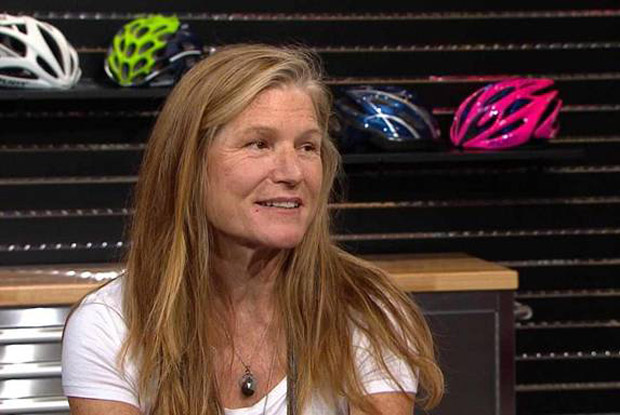 Image of Marianne Martin from July 13, 2015 in Centennial, Colo. is courtesy of Universal Sports Network.