Unveiling the Trophy for the Tour de Pologne

The winner of the 2017 edition will receive a modern and eco-sustainable work of art by the artist from Trentino Mirko Demattè. 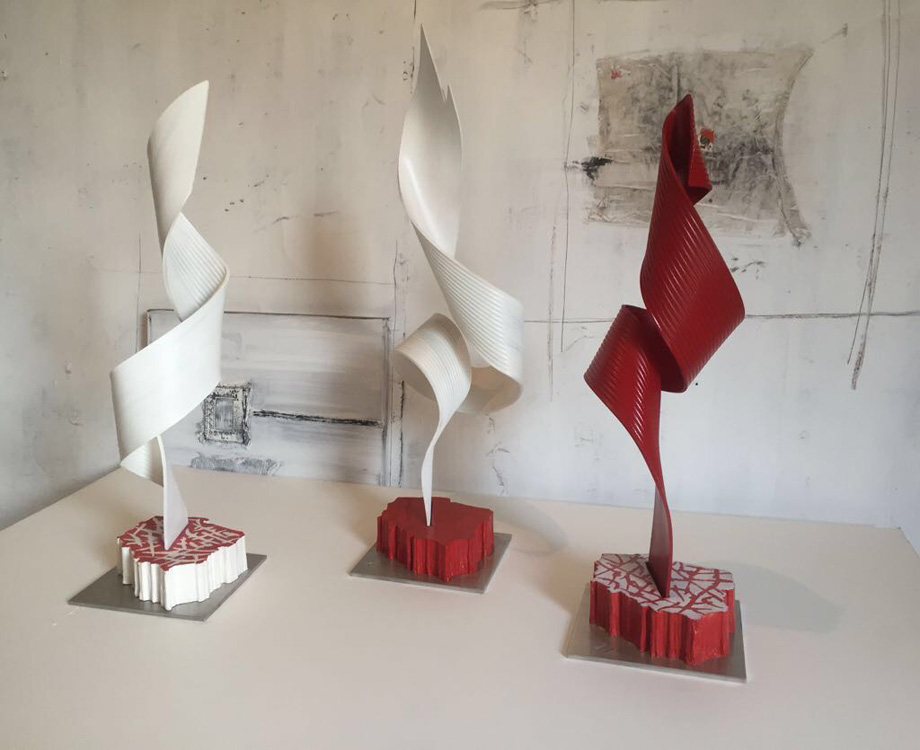 “For the winner’s trophy as well as the youth trophy, I wanted to create a sense of continuity with the ones that were given to the winners of past editions. This year’s title is –Sports Evolutions-; I think it’s important to create a distinctive symbol to depict the victory in the Tour de Pologne. The basic idea I followed while making the piece was to continue to express the classic values that can be found on the roads of the Tour de Pologne, which rises out of the base representing Poland, and surges up towards the sky, towards new horizons and to infinity, sustained by the competitive spirit of the riders and the passion of the fans who come out for this great event. However this year, considering the fact that the final of the race will consist of two mountain stages, the shape of the trophy presents accentuated curves symbolizing the turns in the road that goes up, that climbs under the tyres and the efforts of the riders, before forking and launching upwards with two points, towards the peaks in the Tour de Pologne, towards glory and victory,” explains the artist from Trentino.

“I am proud of this collaboration, which is born and based on the profitable partnership that has always existed between my homeland, Trentino, and the Tour de Pologne. I have important ties to Poland; in recent years I’ve travelled extensively throughout this nation to exhibit my work in many cities, including Warsaw and Krakow. This has given me the opportunity to discover and acquire in depth knowledge about the history and traditions of this great country, a Poland which is experiencing tremendous growth and development, which I am learning to appreciate more and more from every point of view,” continues Mirko Demattè.

For the Tour de Pologne the artist has produced modern pieces with hand-made ceramic bases and bodies shaped from woodn, a high-tech material made in PVC and bamboo. This eco-sustainable and completely recyclable medium is produced by Woodn Industries by Roberto Chemello, ex CEO for Luxottica. “The material I use is called woodn; due to its eco sustainability it is experiencing increasing success not only in the most varied sectors (construction, furniture, marine nautical and many more), but also in art, where I was the first one to use it. It is an innovative, super high quality material that joins strength and flexibility, resistance and versatility, beauty and ecology. It’s a material that represents the point where progress meets respect for the environment,” says Demattè.

In Poland some of Mirko Demattè’s works were on display at the collective exhibit dedicated to the subject of ecologically friendly materials sponsored by the Danzica Museum in the month of May. “Yes, it was an interesting showcase that touched on a very current issue that is extremely important to everyone. Starting August 2nd, I will exhibit at the International Museum in Bialystok and then of course I’ll make a stop at the grand finale for the Tour de Pologne, which I really don’t want to miss,” says Demattè.

Poland isn’t the only destination for the spatial artist from Trentino this summer. In fact, his works can be admired in Italy, too, until August 29th, at the exhibit at the Magazzini del Sale in Venice, where among other things you can see new works in which sculptures are displayed next to several paintings. 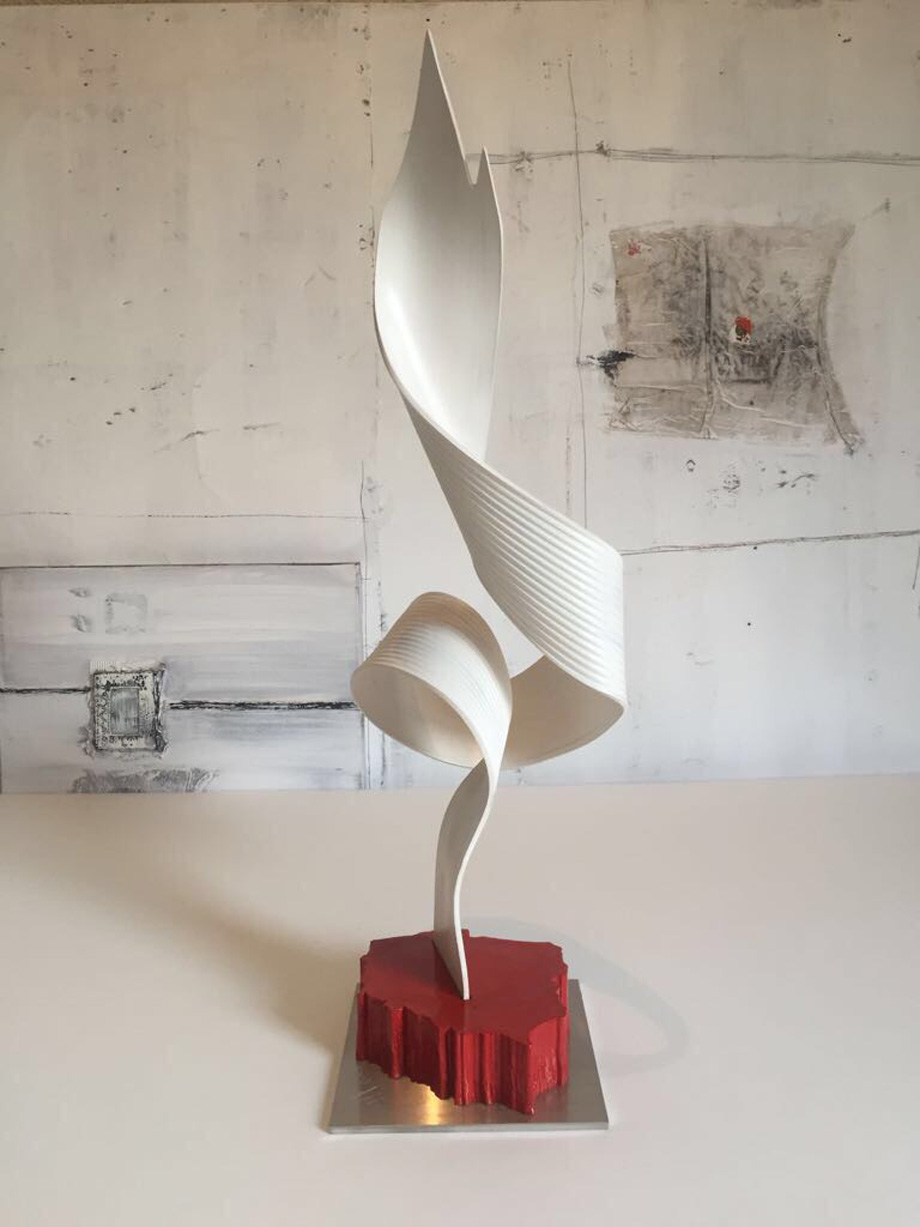 THE ARTIST
An extrovert individual capable of profound introspection, Mirko Demattè originally comes from Pergine Valsugana (Trento). He came to the world of art after developing an inner maturity by travelling in search of his own family roots. Upon his return from the United States, he set up his studio in a villa from the 1500’s. Here he produced his first paintings, which recall a lot of the intensity of Action Painting. Matter is at the heart of Demattè’s artistic production; Pollock, Fontana and Burri are his main inspirations. With touching nonchalance, the artist experiments with figurative spaces of various volumes and allegoric symbolism modelled in the chosen media, whether it’s paper, wood or metal. Demattè imprints the materials with his own sensations: he often covers them in crude fabric, which he brings to the forefront, anticipating the most marked phase of three-dimensionality; then he paints them with vivid colours that look varnished. His works reflect the shapes of the soul; each creation elicits warm enthusiasm in the viewer as they perceive the deep and linear sensibility that went in to each piece.