Up close with Michael Valgren

To make the leap from continental cycling to the World Tour as a 22-year old is big. To ride your first Grand Tour as a neo-pro, while wearing your national championship jersey, is extraordinary. Tinkoff-Saxo’s Michael Valgren is doing exactly that at Vuelta a España. He is as proud as he is surprised.

“I have put all my energy into cycling for many years, so it’s a very moving experience to suddenly set the pace in the front of the peloton, while Alberto is leading the Vuelta. It has been really hard, with a lot of climbing and extreme heat, which for a Scandinavian rider like me isn’t exactly my cup of tea”, says Michael Valgren and continues: 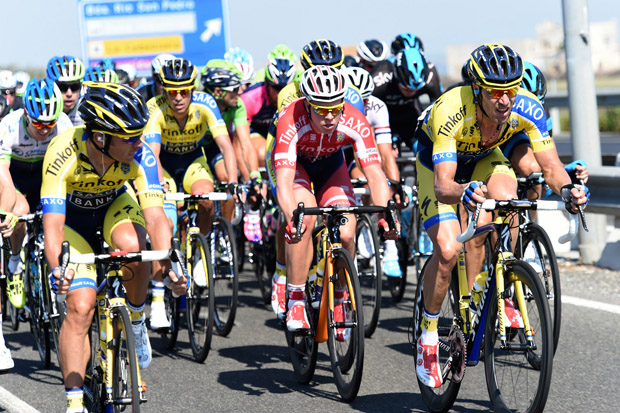 “However, before the race I took the decision to prove to my team and to myself that it was the right decision to send me to the Vuelta. And so far I think I’ve done a good job. I don’t feel stronger right now, because I’m quite tired, but I think I will develop a lot as a rider, when I have recovered after the race – both in terms of power and experience”.
Who is Michael Valgren? 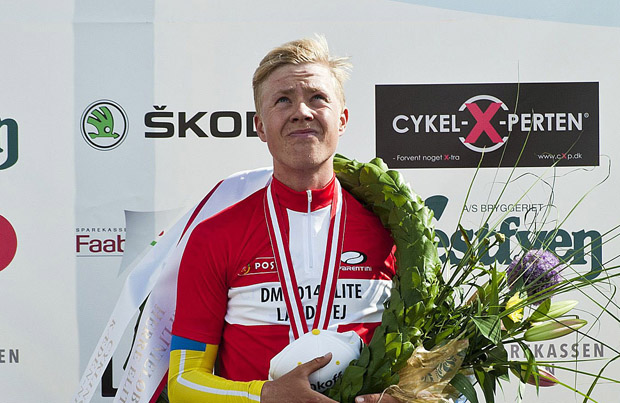 Oatmeal or Pasta before the race?
Definitely oatmeal. I’m Danish, so I’m raised on oatmeal.

Favorite entertainment while on the road – TV-series or books?
I watch series. I just finished Breaking Bad, so now I don’t know what to do for the rest of the Vuelta.

Compliments from your girlfriend or team manager Bjarne Riis?
There’s only one answer to that: Bjarne. 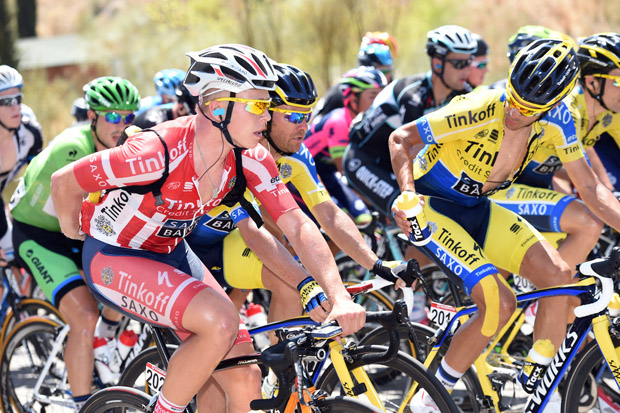 Cold and wet or hot and dry?
That’s two extreme opposites. Can I say wet and warm?
During 2014, as Valgren got used to the higher pace at the top level, he began building momentum. After a disappointing week at the Ardennes Classics, where he had won the U23-edition of Liége-Bastogne-Liége in 2012 and 2013, he finished 3rd overall in 4 Jours de Dunkerque in May. He then won the Danish national championship followed by the overall win in Tour of Denmark.

“It wasn’t any fun to look at the results from Liége-Bastogne-Liége and see my name together with a DNF – did not finish – especially not since I had won the U23-edition. But at the start of the season, my sport director Steven de Jongh created a really well-organized plan for all my training and racing. I followed it and it has worked really well for me”, explains Michael Valgren, who aims at finishing the season on a high note before preparing for 2015.

“The whole team is so focused on making sure that Alberto wins the Vuelta, but afterwards I think I’m in a good position to do a strong performance at the World Championships”, finishes Michael Valgren. 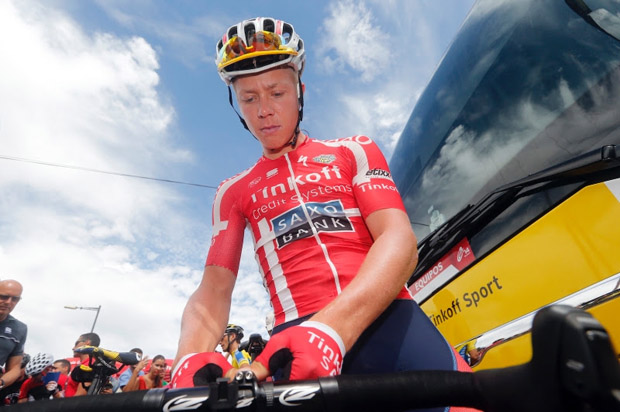