Ups and downs for CULT Energy in Circuit Sarthe

The first part of the 178 kilometer long fourth and final stage of Circuit Sarthe from Abbaye de d’Epau to Le Lude was rather uneventful from CULT Energy Pro Cycling’s point of view. However, a series of attacks was launched along the way but it all came down to a bunch sprint where Nacer Bouhanni (Cofidis) once again proved superior.

Besides the stage glory, the overall classification was still up for grabs and Ramunas Navarduaskas (Garmin-Cannondale) took advantage of the golden opportunity to rip the leader’s jersey from Tinkoff-Saxo’s Manuele Boaro by going into the break to sweep up the bonus seconds, he needed. In the meanwhile, CULT Energy Pro Cycling’s Russell Downing was lurking in the peloton and waiting for the moment to open the sprint, as the escapees were caught with 2 kilometers to go. The CULT Energy Brit finished 12th.

“Naturally, our ambitions weren’t quite fulfilled in terms of results but I’ve seen initiative and a Romain Lemarchand who was seconds away from taking the top spot in stage one. We have witnessed a Rasmus Guldhammer who was so unfortunate at a crucial point of the race yesterday and missed the chance of taking the stage but he is ready for the big challenges in Amstel and Liege-Bastogne-Liege and doing this race has provided a lot of solid race kilometers.” 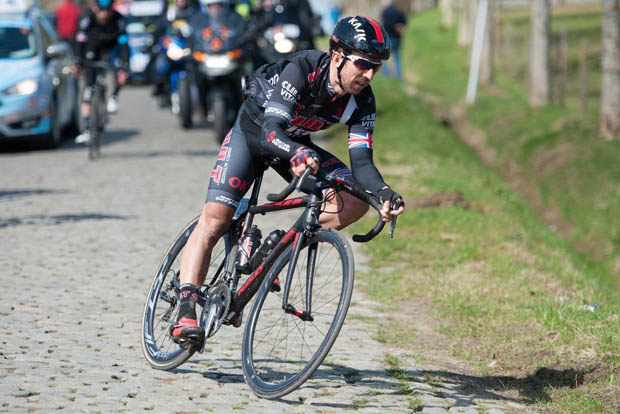