Cecilie Uttrup Ludwig assumed the lead in the youth classification following today’s Giro Rosa stage. The Danish time trial champion has held the lead in the UCI WorldTour youth rankings since Strade Bianche and now swaps the blue jersey for the Giro’s white one.

“You can’t believe how happy I am,” Uttrup Ludwig said at the end of the podium celebrations. “It’s something we’ve been trying to get and I’m so happy we’ve achieved this. I hope we can keep the jersey. We’ll fight as much as we can over the next stages.”

The 141 km stage was contested under hot temperatures again. The breakaway succeeded for the second day in a row as Lucinda Brand (Team Sunweb) won solo.

“It was a good stage. I felt really good. The first part of the stage was difficult, we were along the sea and had crosswinds for 50 kilometres. There were a lot of attacks so it kept the team busy. I think we handled it well. The pace was really high going into the climbs. The whole team helped me get into position on the first climb because we went through a very technical village. The roads were left, right, left, right, this jersey is a team jersey because the effort from everyone was amazing.”

Today’s achievement comes after Lotta Lepistö’s victory on stage 6. Two stages remain in the Italian Grand Tour. Stage 9 will be 122,3km from Centola to Polla. 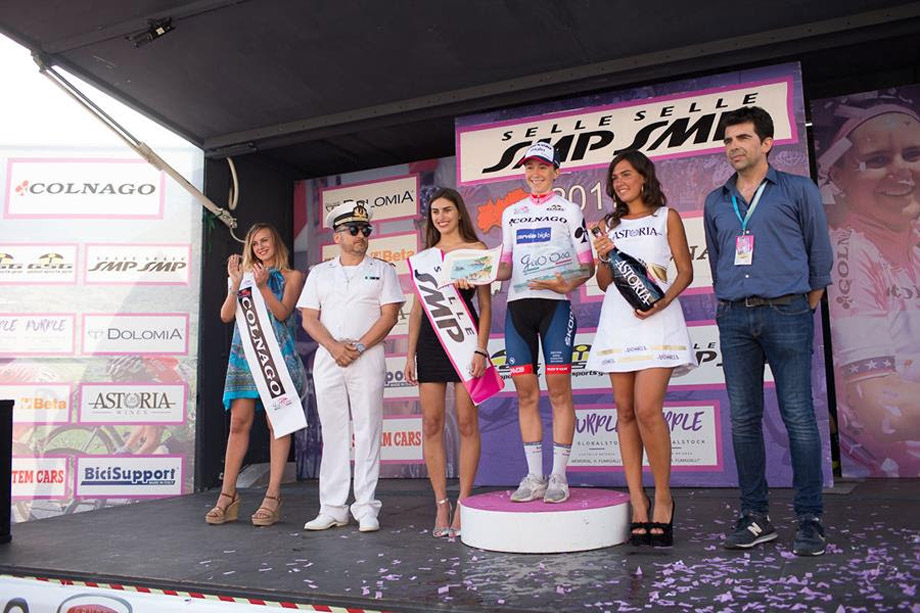