“It has been a very tough stage race,” she said. “I’m really proud and very happy. I want to dedicate the jersey to the team because it was definitely a team effort. The whole team was around me, helping me with water and positioning. We knew the last climb would make the difference and they delivered me into a perfect position which was key going into the climb, so I am grateful to have such a strong team around me.”

Uttrup Ludwig has had an outstanding 2017, her first season with Cervélo Bigla Pro Cycling Team. In addition to leading the WorldTour youth rankings, she won the overall in Setmana Ciclista Valenciana as well as the Danish time trial championships.

“It’s been an overwhelming season. I didn’t expect this at all. It’s a pleasant surprise because the main goal for this year is to learn and gain more experience as a cyclist. I still believe that’s the goal for the long-term and we’re working hard on it. It’s going in the right direction.”

The team leaves the Giro Rosa with the jersey classification and a stage win for Lotta Lepistö after an unfortunate start that saw Lepistö puncture in the opening team time trial and team leader Ashleigh Moolman-Pasio exiting due to illness. Lepistö also claimed two further podium positions on two stages as the team continued its fightback to success.

“We didn’t have the best start with Lotta’s puncture in the team time trial and Ashleigh getting sick early. I think we bounced back and it’s nice to finish the Giro in this way. I think the whole team is proud of how we turned things around,” Uttrup Ludwig concluded. 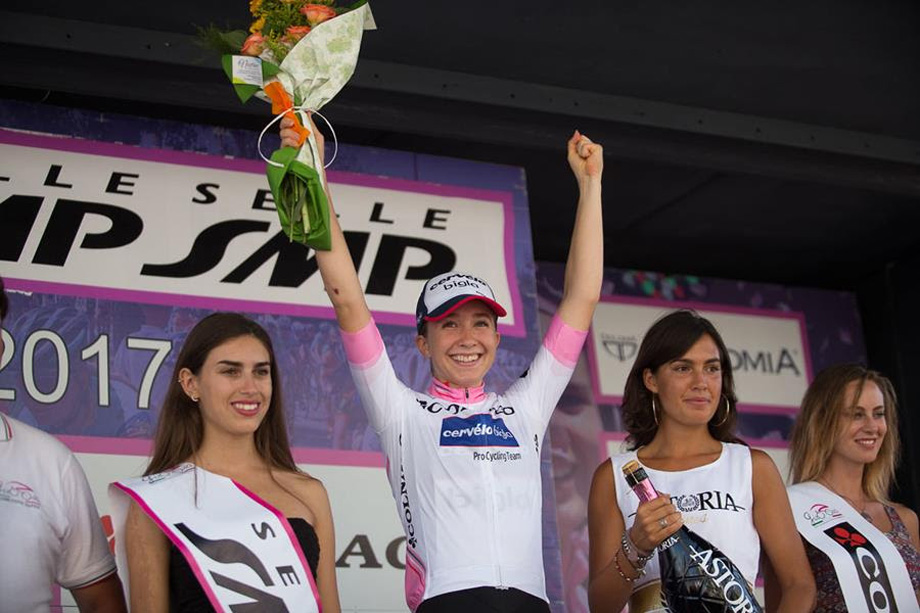 Unveiling the Trophy for the Tour de Pologne