Valgren after finishing 4th in Japan: “No reason to be disappointed”

Tinkoff-Saxo’s Michael Valgren finished 4th in Japan Cup, which also marked the end of the season for the team. Tinkoff-Saxo played an active part in shaping the race and rode aggressively during the finale. Manuele Boaro was reeled in by the chasing pack and it was up to Valgren to sprint for the line.

“In the finale, we attacked with Boaro, but he was caught just before the final short climb. Then Rory Sutherland countered with a really punchy attack, Nathan Haas closed him down but Rory just continued like a locomotive towards sprint, where I really had to fight to stay in the wheel. Just before the final corner I had Nathan Haas’ wheel but I was blocked and Grega Bole slipstreamed past me and I just missed out on a top spot”, explains Valgren.

The Danish champion is satisfied even though he had to settle for a result just outside the podium.

“Of course, I was aiming for the victory in the finale, especially after the way the entire team had worked during the race. But Haas and Boasson Hagen are in good shape and they’re really fast in the sprint. I can’t be disappointed, I put my faith in my sprint, but under normal circumstances I should try to ride away alone from a group like that. But we showed that we were able to take the initiative as a team after a long season”, adds Michael Valgren.

Japan Cup was the final race of 2014 for Tinkoff-Saxo. Besides Valgren’s 4th place, Chris Juul-Jensen finished 10th with Boaro just behind in 11th place. 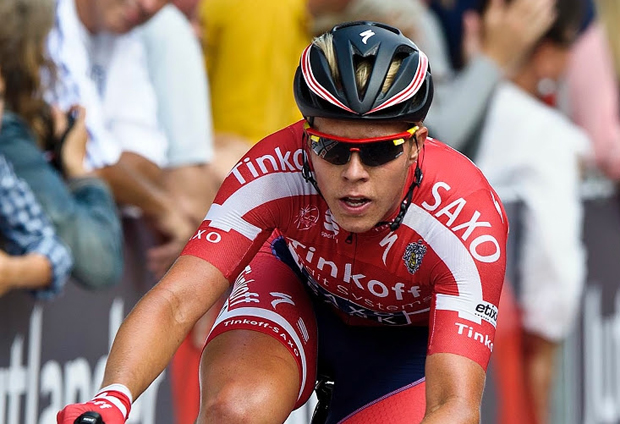