Valverde, Quintana together for weekend’s races

Reinforced by their impressive last week, with three stages and the overall victory in the Vuelta a Andalucía for Alejandro Valverde, the Movistar Team riders will be getting back together in southern Spain this weekend for the 34th Vuelta a Murcia (Saturday, March 1) and the 29th Clásica de Almería (Sunday 2).

The Murcian race -190km from Beniel to the hilltop finish in the Castillo de Lorca, featuring the categorized climbs of Cabezo de la Plata, the Alto de Espuña and the Collado Bermejo- will mark the first time together in 2014 for the telephone squad’s two main references: Nairo Quintana and Alejandro Valverde -3rd in 2013-. The ten-man roster will be completed by brothers Jesús and José Herrada, Pablo Lastras, Javi Moreno, Rubén Plaza, Dayer Quintana, Enrique Sanz and local José Joaquín Rojas.

At the Andalusian event -with four small ascents on the 178km route between Almeria and Roquetas de Mar-, Valverde and Quintana will be showing up again, as well as José Herrada, Moreno, Lastras and Rojas. The six will be joined by two interesting sprinting forces: Fran Ventoso and Juanjo Lobato. Chente García Acosta will be the Sports Director for both races. 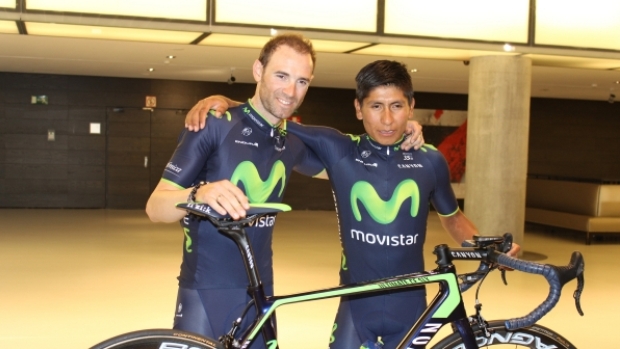