Alejandro Valverde, Imanol Erviti, John Gadret, Beñat Intxausti, Ion Izagirre, Jesús Herrada, Gorka Izagirre and Iván Gutiérrez form the eight-man squad Movistar Team will take into the Ardennes classics, starting tomorrow with the 49th Amstel Gold Race (259km). The 78th Flèche Wallonne (Wednesday 23rd) and the 100th edition of Liège-Bastogne-Liège (Sunday 27th) will be the next stops for Valverde, who tackles some of his biggest goals of the season confident about his chances.

“It’s always an important week for me, because I like these races very much and they suit me well,” explains the Spaniard. “That’s why I’m always happy to start the Ardennes trio. I won’t say I’m coming here to see how I’m doing and trying to finish up-front. As I’m feeling right now, the only goal is winning. We know it’s much easier said than done – I was also doing well last year, I was always at the front but couldn’t win any of the three. These are prestigious races where you have to fight against the best, but we’re aiming the highest here.”

“They always ask me about which would I choose from the three if I could win just one, but I won’t do that because I like all three much,” says Valverde. “It’s true that the Amstel has always been resisted to me – I got 2nd and 3rd there – but I’m still in love with Liège. I will give my 100% in all three. Differences between them? The Amstel is the most crazy. Much turns, narrow roads… you always have to keep the front. If you spend the race at the back, pace changes kill you. Flèche is decided into the final climb and Liège is a race where physical condition counts a lot, côtes becoming real, long climbs – it’s a race of resistance. In all of them, experience is crucial, and i have it: to know where the race is won or lost, which are the dangerous sections, in which places you mustn’t waste energy…”

“It seems like I always say the same things, but for me, it’s vital to know the team will be there. You’re calm because you know everything will be right beside them, and should any troubles energe, they will get them out of your way. Things are turning our well lately and we all get to these races in good spirits. My rivals? The ones we always had in such races. Purito, Kwiatkowski are doing well; we also saw a strong Cunego in País Vasco; Gerrans, Nibali, Kreuziger, Gilbert will surely show up… we will have plenty of them,” concludes. 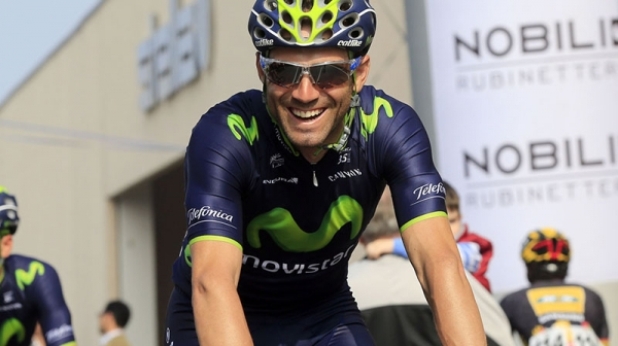