Tejay van Garderen was involved in two crashes on the opening day of Paris-Nice which saw the American forced to withdraw from racing.

Van Garderen initially crashed with a handful of riders on the wet roads, but it was a second crash into another team car that caused his injuries.

“Tejay van Garderen crashed with about 35km to go and was immediately taken to hospital for observation. X-rays revealed a cervical sprain but fortunately no fractures or concussion. He has some abrasions on his forehead and left hip. Normally, Tejay can start training in 3-4 days and in one week, he will have another X-ray to determine how the sprain is healing. We will continue to monitor his progress over the coming days,” Dr. Cerfontaine said.

Van Garderen is disappointed to crash out on stage one of Paris-Nice, where he had General Classification aspirations.

“The initial crash wasn’t so bad. It was on a wide road when everyone was fighting for position and my tire was caught on a lip. The roads were wet and my wheel slipped out. I was able to get back up, and get going but I had trouble putting my chain back on and I noticed other damage with my gears and a puncture, so I thought I would have to change bikes. I was looking down to see what the damage was and next thing I knew I was on the ground as I had crashed into the back of a team car that had stopped on the road. I don’t know if anyone was at fault as they had stopped for their rider,” van Garderen explained.

“I had the wind knocked out of me and I couldn’t breathe. I also had pain in my upper back and neck so I couldn’t really sit up. When the medics arrived and saw my helmet smashed and that I was having trouble breathing, they put me straight into the ambulance. After a few minutes, I realized it wasn’t so bad. The medics went through some concussion protocols and I didn’t show any signs of concussion. Fortunately, X-rays showed no fractures. It’s good to take precautions but in the end, maybe I could have been able to continue. I have pain in my neck and a bit of a headache, but I don’t feel nauseous. Above all, I’m really disappointed. I had good form at Volta ao Algarve and I was hoping to be able to capitalize on that. Hopefully, I can get back on the bike soon, keep moving forward and maybe look at the race program to make up for the missed days here. It’s only March 4th so there are plenty of races to come.” 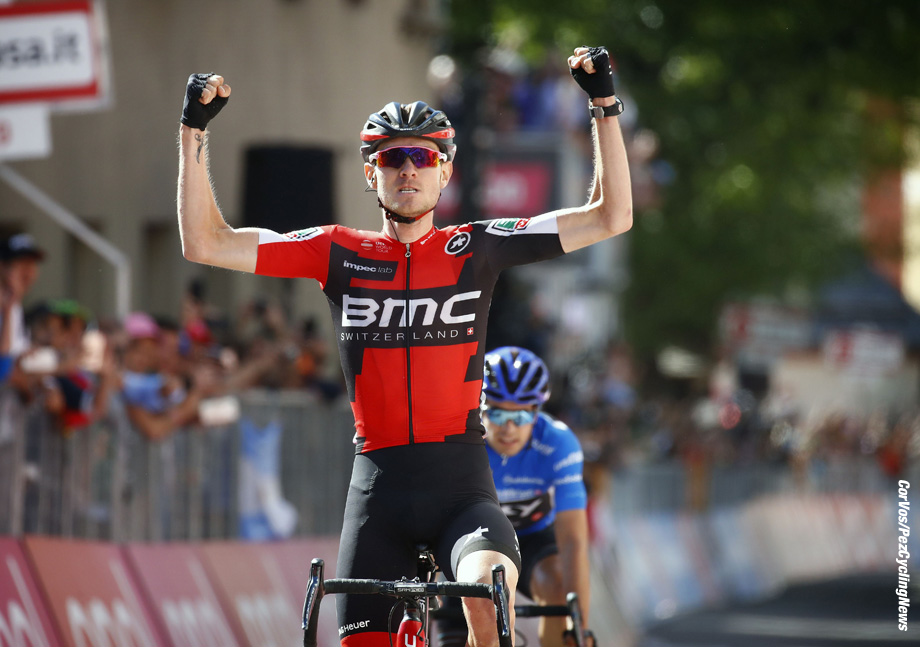 2018 World Track Championships Round Up!