Annemiek van Vleuten came close to her first victory of the season, missing the overall classification win in the Elsy Jacobs stage race by only two seconds. The Dutch Time Trial champion finished second in the opening prologue of the race and was focussed on snatching victory today through winning bonus seconds on the line.

However, like the previous day, a late attack by three riders foiled the plan of the peloton and survived by two seconds with Floortje Mackaij (Liv-Plantur) winning from Katrin Garfoot (Orica-AIS).

Van Vleuten finished sixth on the stage, holding onto second place on the overall classification. Ashleigh Moolman-Pasio also featured well for the team to place seventh overall as Bigla Pro Cycling Team was again aggressive and visible throughout the race.

We went for the victory and not for second place. You want to go for the win especially when it’s so close with only a two second gap. Of course you’re disappointed when the victory is so close but I had some good days in Luxembourg and a good feeling so that’s great.

The plan was to be top 3 on the stage to get bonification seconds then I could win the GC. I won this stage in 2012 so I know the final. It’s really technical and with the rain it was hard and dangerous and I was focused and took some extra risks. A break of three went away and Rabo had to close the gap to win the GC and in the end it was really really close. 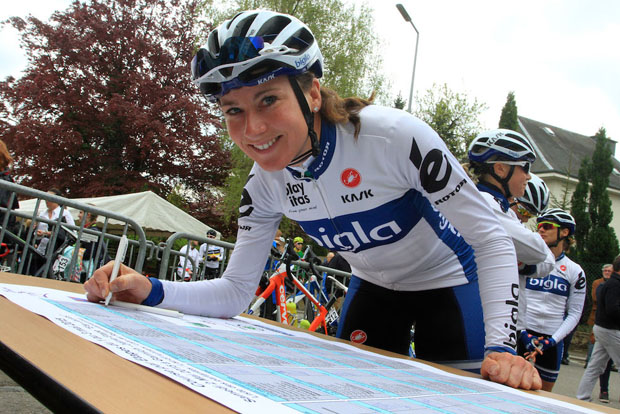 Everyone gets a chance to shine in Dunkerque