Euskal Emakumeen Bira got off to a great start for Bigla Pro Cycling Team as the Dutch national time trial champion, Annemiek van Vleuten, won the opening prologue Wednesday evening. The Swiss team had no less than four riders in top20 on the stage.

One of the early starting riders, Katrin Garfoot, long seemed to have clocked the winning time on the 1.9 km course. Both 19 years-old Clara Koppenburg and team leader Ashleigh Moolman-Pasio came close but it wasn’t until van Vleuten crossed the line that a new best time was set. None of the remaining nine riders was able to beat the Dutch champion who thereby took her first win of the season.

“I’m really happy. I felt strong. It’s always great to win, especially when you come as one of the favorites for the prologue. I know that I am good over this distance but I also knew I couldn’t make any mistakes. I’ve just spent three weeks in the mountains and I thought maybe I’d lost some speed because all I did on the training camp was climbing. I didn’t do any speed work and this prologue was just sprinting from one corner to the next. This gives me confidence that I have come from altitude in good shape and I am looking forward to using Bira to get some more hard work done. It’s a nice way to start the second part of the season.”

Ashleigh Moolman-Pasio finished in 10th place, just five seconds behind her winning teammate, while Clara Koppenburg (17th) and Doris Schweizer (20th) rounded up a fantastic day for the team.
Thursday, the Basque race continues with an undulating stage of 96.8 km around Arrasate. A steep climb with multiple parts of double-digit gradients has its top just 30 km from the finishing line. While the team aims to keep the leader’s jersey, van Vleuten explains that the main aim for her personally isn’t the overall.

“I’m looking forward to a hard race but I’m not aiming at the GC. It’s a little bit too hard for me with the mountains but with Ashleigh [Moolman-Pasio], and all the other climbers, we can maybe do something. The first goal for me was to take this victory today. Then, it’s to get into shape for the Giro Rosa, the national championships and Baku”. 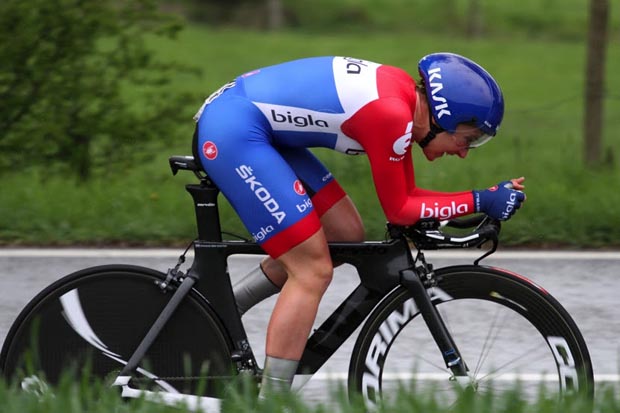 Restart for Hofland in the Rund um Köln