“I took the final climbs with the best and was totally ready to sprint,” said a disappointed Vanmarcke. He placed top ten in stage one and six, as well. “I really put my heart into this stage. I really wanted a result, but in the final 400 metres, I got boxed in and was hindered by a crash. I’m not satisfied as yet again things didn’t work out as hoped.”

Mollema
Bauke Mollema saw several rivals lose time because of crashes, but he placed 18th to hold 13th overall. “Again it was a hectic final”, said Mollema. “Everybody was afraid of the possibility of echelons and things got nervous early on. Because many riders wanted to be in the front, there were numerous crashes. With 15 kilometres to go, I was able to escape a crash.

“The two final climbs weren’t very hard. I started the climbs on the front row and that helped me to save some energy. On the last climb, I didn’t feel super, but nevertheless I got over it pretty easily. I wasn’t thinking about sprinting for the stage win. With men like Sagan, that’s too hard for me. Sep was our man today.”

Ten Dam
Laurens ten Dam was barely able to avoid a crash in the final. “I tried not to take unnecessary risks, but suddenly they crashed in front of me. Luckily, I could brake and stay upright. Thanks to Lars Boom and Steven Kruijswijk, I made it back into the first group earlier on, as another crash had held me back.”

Clement abandons
Stef Clement abandoned on Friday after a crash. The Dutchman felt light-headed right afterwards, but luckily a scan in the hospital didn’t show any head trauma. He suffered abrasions on his elbow and shoulder.

“I was alongside Stef when it happened,” Tankink said. “He crashed all by himself and landed right on his head. He sat there for a while and I knew things weren’t good. “We’re going to miss him a lot. He was here to work for our leaders in the mountains. The first real hills come in the next few days, when his Tour was supposed to start. This is very unfortunate and sad.”

Nico Verhoeven
Nico Verhoeven said that there was no way that Clement could have carried on. “He was dizzy and didn’t remember how he had crashed. We are now missing a very important rider, but we have to keep going. Now, others have to do the work Stef normally does. We’re going to search for a solution. Luckily, our other riders made it through the hectic final unscathed.”

Gerardmer
The race heads uphill to Gerardmer tomorrow. “The final is not very difficult, but we still have to tackle three climbs,” said Verhoeven. “Several riders will fall out of the top ten and Bauke will have to prove what he’s worth. It will be the first real indication of how strong the overall men truly are.” 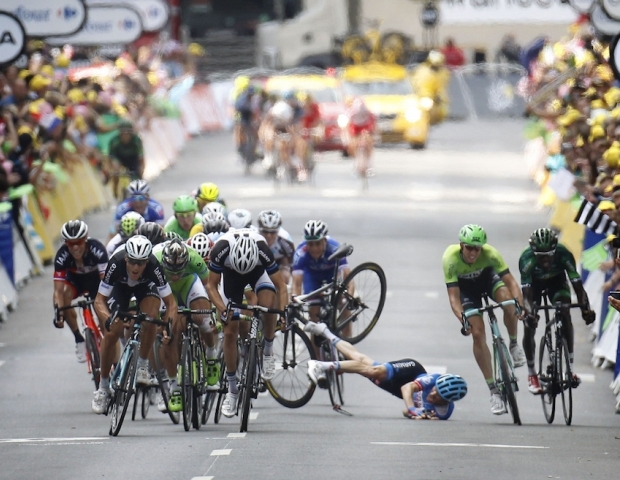