The continued support of title and presenting sponsors, and the addition of a Director Sportif and five new riders, reveals the promise that Velo Classic p/b Stan’s NoTubes is poised to excel on the national stage in 2017.

A stronger and more aggressive racing calendar will see the team compete nationwide and in Canada, hinting that the 11-rider squad is setting its sights on becoming one of the top criterium teams in the nation. Manager BrittLee Bowman is excited to announce the addition of Tad Hamilton as the team’s Director Sportif. Hamilton, who hails from Boise, Idaho was the Director of continental UCI Team Exergy from 2010-2012. He brings tireless enthusiasm and 30 years of experience in cycling to help the team capitalize on its strengths. “My goal is to help each rider realize success beyond anything they have previously experienced. I am supremely confident in the potential of this crew, and I believe that Velo Classic p/b Stan’s NoTubes can become one of the best sprint squads in North America.” 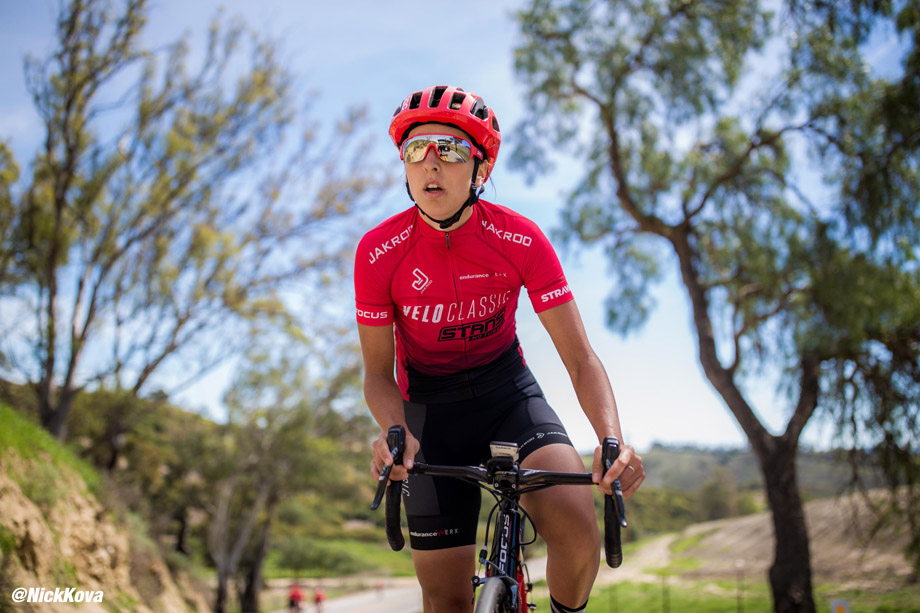 This potential is bolstered by the addition of three elite riders: Daphne Karagianis, from Chicago, is the former Illinois State Road Champion and Mid-West Women’s Champion. Daphne was recently selected as a participant in the Homestretch Foundation in Tucson, Arizona, a residence established to support female professional cyclists. Kirstie Sara James is fresh off victory in the New Zealand Elite Women’s Scratch Race National Championship. Kirstie has raced two seasons for road teams in Europe and now looks to test her mettle in North America. Nicole Mertz, of Minnesota, spent the 2015 season racing with ISCorp p/b Smart Choice MRI and brings a wealth of grit and top level criterium racing experience to the young team. Returning rider Kristen Arnold showed signs of exceptional talent and sound leadership in 2016, and will be assisting team manager BrittLee Bowman with road-captain duties. Cynthia Frazier returns for her second season with the team, after helping the squad secure a number of top 10 placings at the Tour of America’s Dairyland and at the Intelligentsia Cup. Caitlin Dowd will look to put her skills on display at the elite level after winning the New York State Category 3 Criterium Championships in 2016. Clio Dinan, the team’s youngest rider at 19, hopes to improve on her two silver medals in the U23 Women’s National Championship Road Race and Time Trial. Dinan also won a stage at Intelligentsia Cup in Chicago in 2016. Mandy Braverman returns to racing with the team for a fifth year but this time as a brand new mom. As the team increases its presence on the national stage, it is also excited for new signees Jill White and Emma Sherer. The two racers represent the team’s continued mission of developing talented riders in the New York area and offering a pathway to national racing. The 2017 Velo Classic p/b Stan’s NoTubes roster includes 6 returning riders and 5 new additions (marked*): 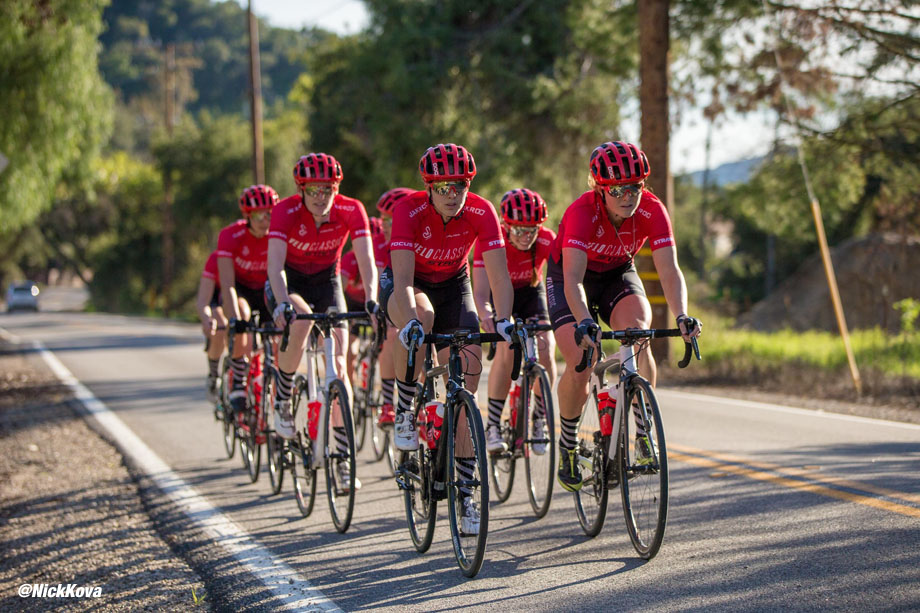 The New York City-based USA Cycling Domestic Elite road racing team will convene in sunny Ventura, CA for a warm weather, pre-season training camp from March 3-12. In addition to extensive base mile training, the riders will work on sprint and lead out drills, and focus on developing the close bonds that have brought success over the past years.The team aims to build on a successful 2016 season with a schedule of USAC Pro Road Tour (PRT)and International-level UCI events across the United States and Canada. The team’s first objective of the season is Speedweek, a series of criteriums culminating with the Athens Twilight Criterium in Athens, Georgia. Another key event for the squad is the Tour of America’s Dairyland, a series of 10 criterium races in June. The UCI GP Gatineau in Gatineau, Canada is again on the team’s schedule, and new for the team will be BC Superweek, also in Canada. The Pro Road Tour events scheduled are Winston Salem Classic Criterium and Road Race in NC, Tulsa Tough Criterium, the Anderson Banducci Twilight Criterium in Boise, ID, the Rochester Twilight Critierium, Gateway Cup in St. Louis, TD Bank Mayors Cup in Boston and the Thompson Criterium in Doylestown, PA. A primary goal for the season is the US National Criterium Championships in Louisville, KY, a first for the squad. 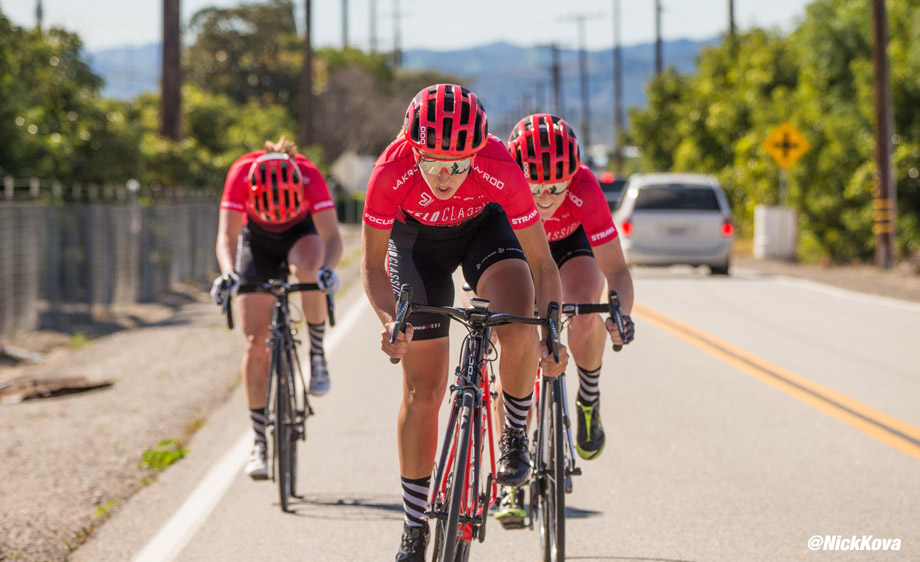 The team is pleased to have the continued support of Velo Classic Tours (www.veloclassic.com) as their title sponsor. A luxury European cycle travel company based in New York City and Belgium, Velo Classic Tours is a proud supporter of women’s cycling. Owner Peter Easton said, “We are committed to growing women’s cycling and this year presents an ideal opportunity to take a major step in our progression towards meeting our goals as a team. We want to provide a healthy environment to empower and inspire women to excel by creating new opportunities in elite and professional cycling. We’re very excited to be an even bigger part of the team’s success in 2017.”

The team also enters its sixth year of a long-standing partnership with Stan’s NoTubes (www.notubes.com), the leading lightweight tubeless wheel company. Racing on Stan’s road wheels, the team is thrilled to have the brands continued support, which has provided stability over the years. Creative Director Chris Currie said “Support for women’s cycling has always been a priority for Stan’s NoTubes. Beyond racing, the Velo Classic p/b Stan’s NoTubes team encourages women to build confidence and to meet challenges together as a team, two things we believe are more important now than ever.” 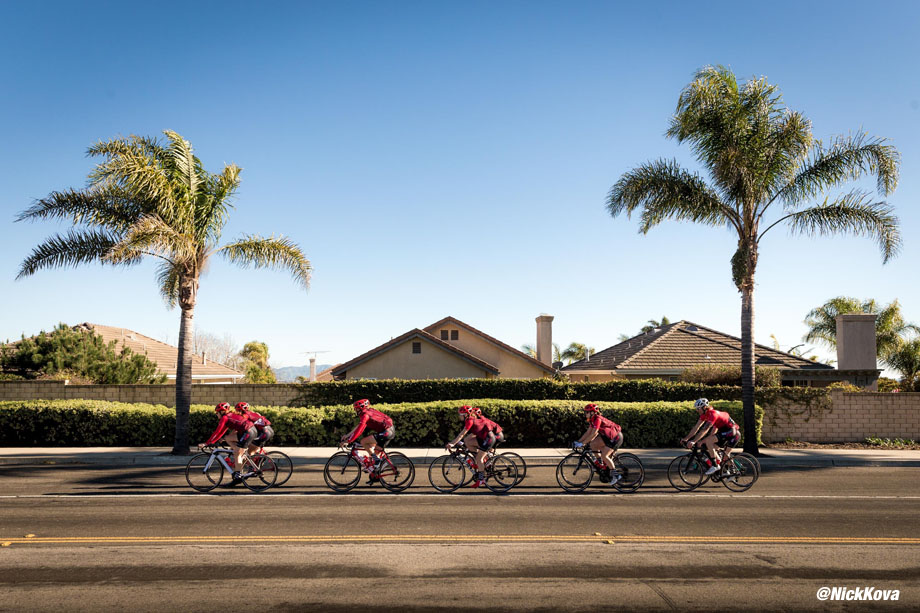 POC (www.pocsports.com), the Swedish manufacturer of gravity sports and cycling helmets and accessories, returns to the team for a fourth season. The riders will again be equipped with the brand’s helmets, eyewear and accessories. IRC Tires (www.irc-tire.com) again provides the riders with the highest quality tubeless racing tires. EnduranceWERX (www.endurancewerx.com) a Manhattan based computrainer, bike fitting and coaching studio is partnering with the team for a fifth year to continue the development of the team’s NY based riders. Feedback Sports (www.feedbacksports.com) returns as a tool and equipment sponsor. Strava (www.strava.com) will again come along for the ride, tracking the team as they travel, train, and race in 2017. Other returning partners also include Focus Bikes (www.Focus-Bikes.com), Bruce Paly Dentistry (www.drpalydds.com), Stages Cycling (www.stagescycling.com), The Feed (www.thefeed.com), and Gavilan BFF(www.gavilanbff.com).

Along with twelve returning sponsors, the team is thrilled to announce four new sponsors for 2017; With high quality garments, attention to detail and super fast delivery Jakroo (www.Jakroo.com) comes on board with a multi year commitment as the team’s custom clothing provider. The team also welcomes Clif Bar (www.ClifBar.com) who will be providing all the high quality nutrition necessary for the riders to train and race throughout the season. Also joining is The Rover Cycle Co.(www.therovercycleco.com), a New York City based mobile mechanic service that will act as the team’s on demand maintenance support team and storage/ service course. And finally Grupetto (www.grupettolife.cc), with socks and coffee to keep the squad on their toes.

For news, results, photos and behind the scenes stories, follow the women of Velo Classic p/b Stan’s NoTubes this season: 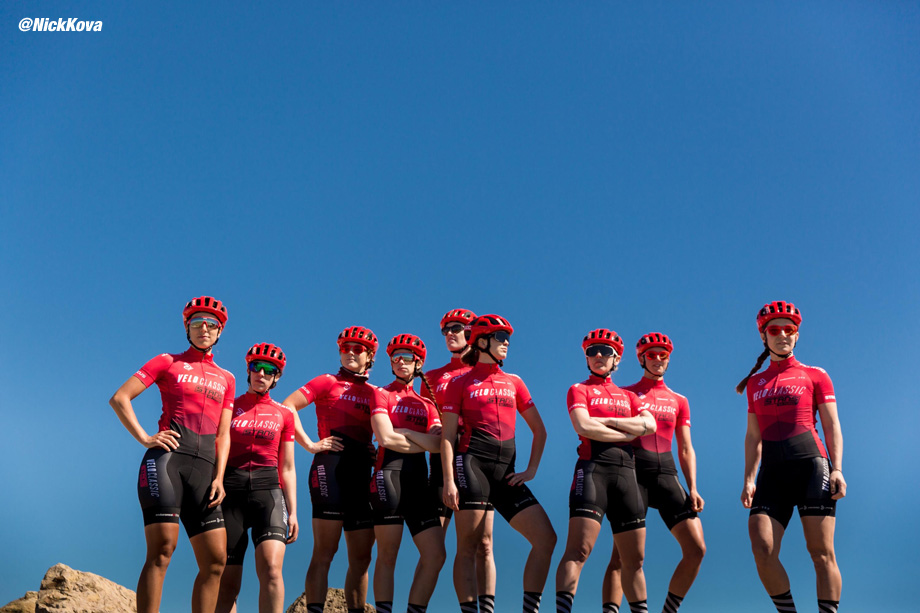 EUROTRASH News Round Up Thursday