velofix offers a premium, convenient service for triathletes and cyclists. The velofix service offering works perfectly with the busy lives of triathletes who are stretched for time between work, life and intense training schedules.

“Since our first Mobile Bike Shop was launched in 2013, Triathlons and Triathletes have been an integral part of our business and 4X Olympian and gold medal winner Simon Whitfield was our very first Ambassador. Triathletes have very busy lives, with family commitments, work and 3 sport training schedules. We are proud to ensure that they are able to use velofix services and have access to the best parts and accessories in order to maximize their time and to make sure their Bikes are always in training and race ready condition,” says CEO and Co-Founder Chris Guillemet.

“Back in my racing days, I never dreamt of the service and convenience offered by a company like velofix,” states 6X IRONMAN World Champion Dave Scott. “Imagine having your own mechanic roll up your driveway, attend to your bike, pour you an espresso and get you quickly on your way. In today’s new ‘come to you’ on-demand economy, nothing makes better sense. Where I ride – whether I’m home or travelling – velofix is my personal cycling concierge.”

Another 2017 Team addition is Rachel McBride. McBride says, “As a professional triathlete, riding bikes is a huge part of my job. So having my gear in premium working order is imperative to my success as an athlete. With my already busy schedule, I really count on my mechanic to keep my steeds race-ready, so I can do my job. It’s a great feeling to know velofix’ high quality, convenient bike mechanic services have got my back – here in Vancouver and in so many other North American cities where I train and race!”

4X World Champion and 2017 velofix Team Member Leanda Cave states, “As a professional athlete I am always racing against time. This also applies to my busy lifestyle outside of the sport. Along with travel and all my other commitments, it’s hard to find time to get to a bike store. Solution: velofix! Now matter where I find myself racing or training, I know I can have the best mechanical support at my doorstep when I need it.”

velofix is excited to announce the Team and proud to support their goals in 2017.

About velofix
Founded with a passion for cycling, Mobile Bike Shop fleet velofix was launched in Vancouver in 2012 by Chris Guillemet, Boris Martin, and Davide Xausa, who all share that passion for cycling and the common belief that bicycles can help change the world.

Featured in the New York Times and recognized on Entrepreneur Magazine’s rankings for Franchise 500, Fastest Growing Franchises and Top New Franchises of 2017. velofix has also been called, “one of the most impressive mobile franchises,” and velonews calls Mobile Bike Shops the #1 Industry Trend in 2017. velofix has also been featured on CBC’s Dragon’s Den (Canada’s version of Shark Tank), which resulted in Jim Treliving coming on board as an investor. Charles Chang of Lyra Growth Partners has also invested in velofix. Currently, 90 + Franchises have been sold in every major Canadian market and most major American markets.

velofix has plans to expand to a total of 150 franchises across North America in 2017. 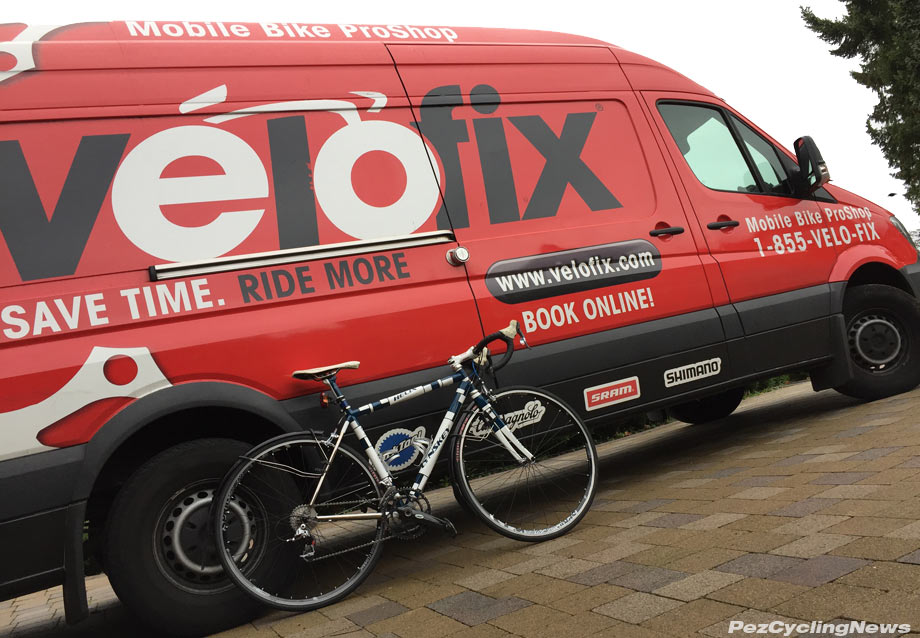 The Nature of Wood: The John Day by Renovo Smooths Any Road