Veneto 2020: The Inspection of Saint Mark’s Square in Venice

UCI delegates visited the routes in Padua and Venice, and held official meetings on the lagoon.

Today was a second work day for the UCI delegates in visit to the Veneto. After inspecting the final circuit in Vicenza yesterday, today the delegation moved on to Venice to continue its technical survey of routes and logistics, meeting with Municipal and Regional officials from the city on the lagoon.

The UCI delegates (Matthew Knight and Kevin Benjamin) were guided on their tour by the promotion committee staff headed by President Claudio Pasqualin, his VP Moreno Nicoletti and Councillor Alessandro Belluscio. Angelo Zomegnan also came along as a consultant, and the Italian Cycling Federation President Renato Di Rocco underscored how much the iridescent project means to the Italian National clan.

There were lots of stages in today’s schedule. During the morning transfer from Vicenza to Venice the delegation stopped in Padua for a visit to its iconic Prato della Valle, which will be the location for the start of the World Championship time trial. The main event of the day however, was Venice. Today the delegation got to enjoy a fantastic spring day on its way to their final destination in Saint Mark’s Square (Piazza San Marco), so they were able to fully evaluate all aspects of the place. 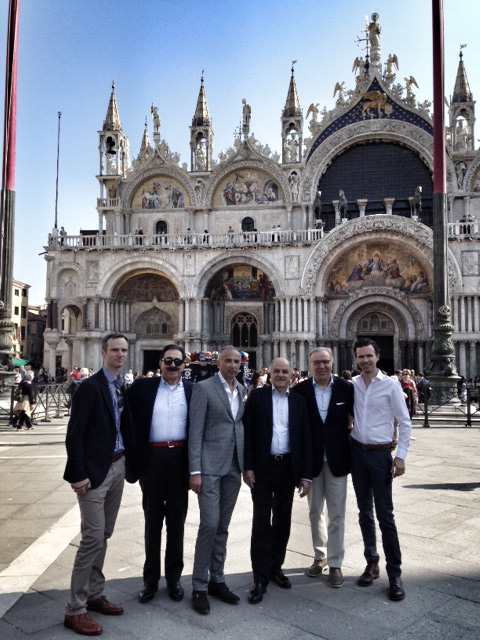 This was followed by a visit to the City Hall at Ca’ Farsetti, where the iridescent committee was welcomed by Mayor Luigi Brugnaro’s staff. Linda Damiano, President of the City Council, did the honours. “Venice is a city that thrives on culture, and sport is culture. Sports transmit universal values and messages; it’s a language spoken by everyone that transcends barriers. This is why an event of this significance can only be welcomed with open arms. Venice is a special city for many reasons, but it has already been demonstrated that Venice and bicycles can live together quite well. Think back to the famous time trial of the Giro d’Italia in ’78 (won by Francesco Moser), but also the more recent departure in that race from the Lido (2009 and before 1997) and the many stages that touched down in Mestre and other towns in the Province. In addition to Saint Mark’s Square, which would offer an extraordinary background for the start, there are also remarkable structures and locations on the immediately surrounding dry land, which could be used for logistics and correlated events; I’m thinking about San Giuliano Park, just south of Mestre, which has already been used by the Venice Marathon, or for example by the triathlon,” said President Linda Damiano. 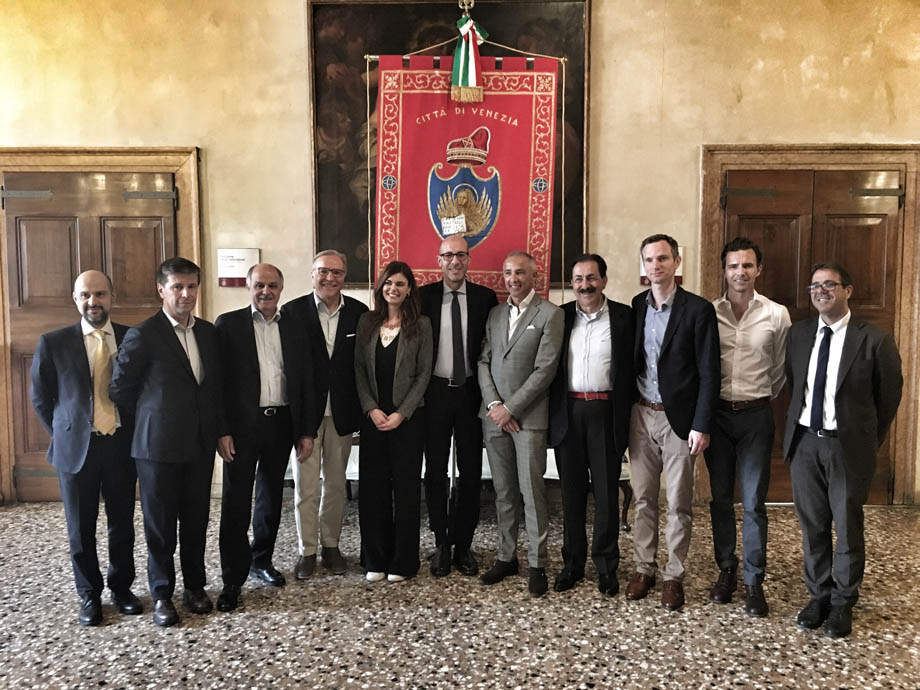 THE VISIT TO THE CITY HALL

Then the delegation moved through the city’s famous alleyways to get to Palazzo Balbi, which serves as Headquarters for the Veneto Region. “In the course of these months we’ve had a chance to meet several times with representatives of the promotion committee: it’s a tangible sign of how the Veneto 2020 World Championship project is growing and taking shape. Intense competition, like racing to win while respecting the rules and your adversaries, is a value shared by this council, which applies to work as well as sport. The hope is that this cycling World Championship can come to life, so that there can be more and more iridescent events held in Veneto in upcoming years; I’m referring to the already scheduled mountain bike marathon World Championships in 2018 at Tre Cime di Lavaredo and to the 2021 Alpine Skiing World Championships in Cortina,” said Cristiano Corazzari, Council member to the territory, culture and safety of the Veneto Region, who was also there to represent a warm welcome from Regional President Luca Zaia. 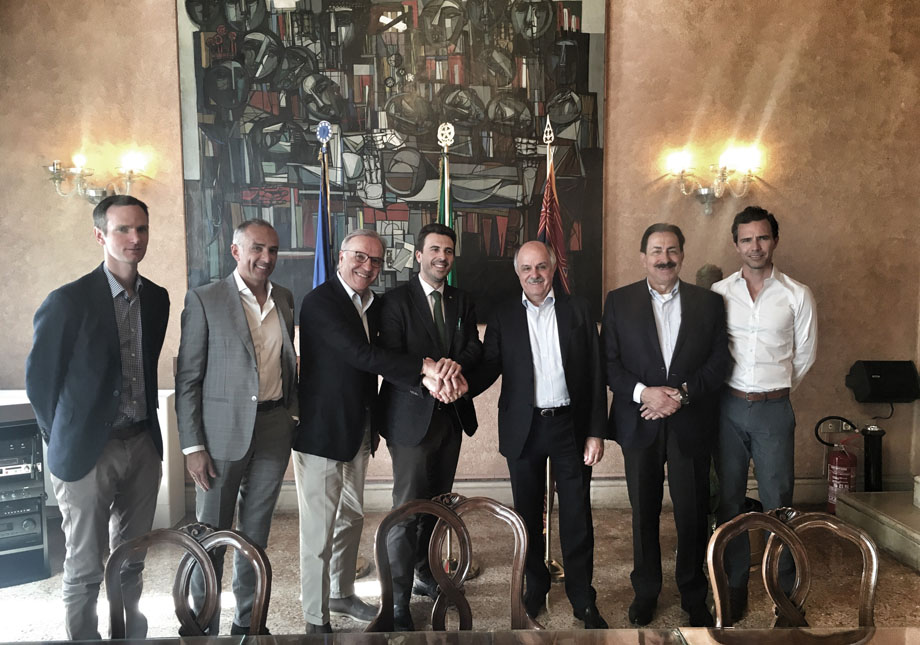 THE VISIT TO PALAZZO BALBI

Leaving Saint Mark’s Square and the lagoon behind them, the delegation headed back to Vicenza along the road that will be the first in-line part of the reigning test, the Elite men’s race. It’s about 80 km of hilly terrain between Venice and the final circuit of the Palladio, passing from Santa Maria di Sala and through the Brenta Riviera, touching some of the most fascinating Venetian villas that are part of the historic and cultural heritage of this area. The riders will then enter the Vicenza limits to hit the final circuit, defined by the climb on Monte Berico and past “The Rotonda”, the famous Venetian villa of Andrea Palladio located just before the city of Vicenza. 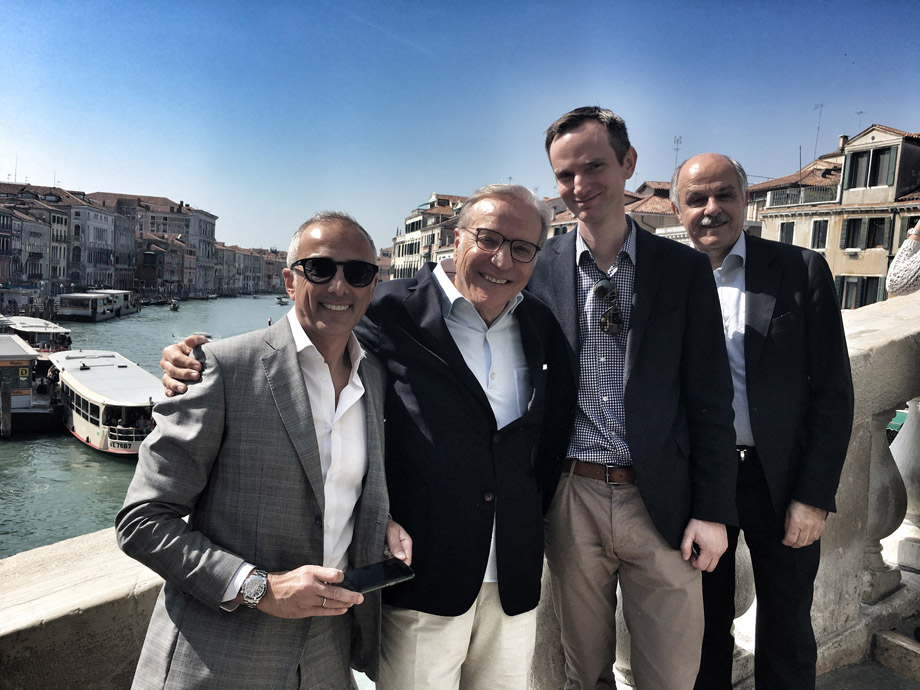 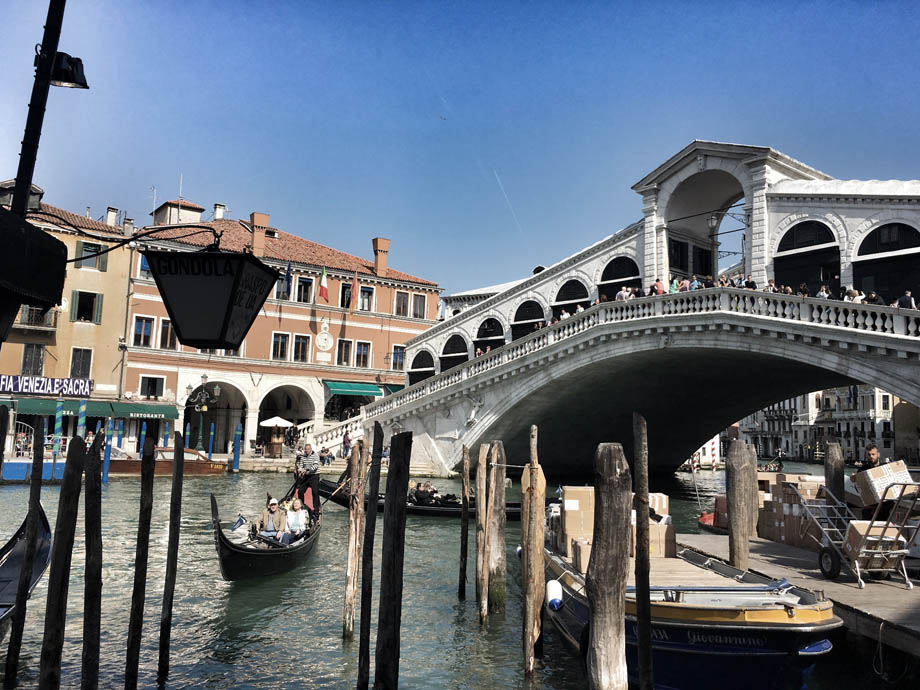