Stef Van Zummeren was the rider bringing the team home in Doha. Also Aidis Kruopis, Christophe Prémont and Jan Ghyselinck, in his final race as a procyclist, were part of the foursome setting a time of 46 minutes 11 seconds. The average speed over the 40-kilometre long course was 51,95 km/h.

“To be the first one crossing the line was a special feeling. It was a great experience for all of us. For many this might be the only world championship we ever get to ride. We prepared ourselves for this event as a team the best we could and everyone was incredibly motivated to give their all. Everything went exactly according to plan, including where Elias (Van Breussegem) and Sander (Cordeel) had to let go,” Stef Van Zummeren said.

“I felt great today. The special preparation we did helped us a lot in this hard race. The first time we trained in the specially designed climate chamber at our sponsor Veranda’s Willems’ headquarters it was really hard. But it went better day by day. I think we showed on this global stage what kind of team Veranda’s Willems is.”

At the first intermediate check Veranda’s Willems was the fastest of the non-WorldTour teams. The average speed after 14 kilometres was 50,6 km/h. At the second time check the team also clocked the fastest time of the lower tier teams.

In the final 14 kilometres Veranda’s Willems managed to make up the lost time of 16 seconds at the 26-kilometre mark to create a four second lead on the finish line on Ag2-r-La Mondiale, thus securing a top ten place.

“We had set a time schedule based on the training rides we did this week. It was a tight schedule but the guys managed to stick to it,” team trainer Kristof De Kegel said. “In the final part we ‘sacrificed’ Elias and Sander. The course on The Pearl was technical and that makes it harder with six riders.”

“The riders were happy today and saw they have a place on an international stage like this one. The staff have worked intensively towards this event. The top ten result we obtained here is a reward for us all,” De Kegel concludes. 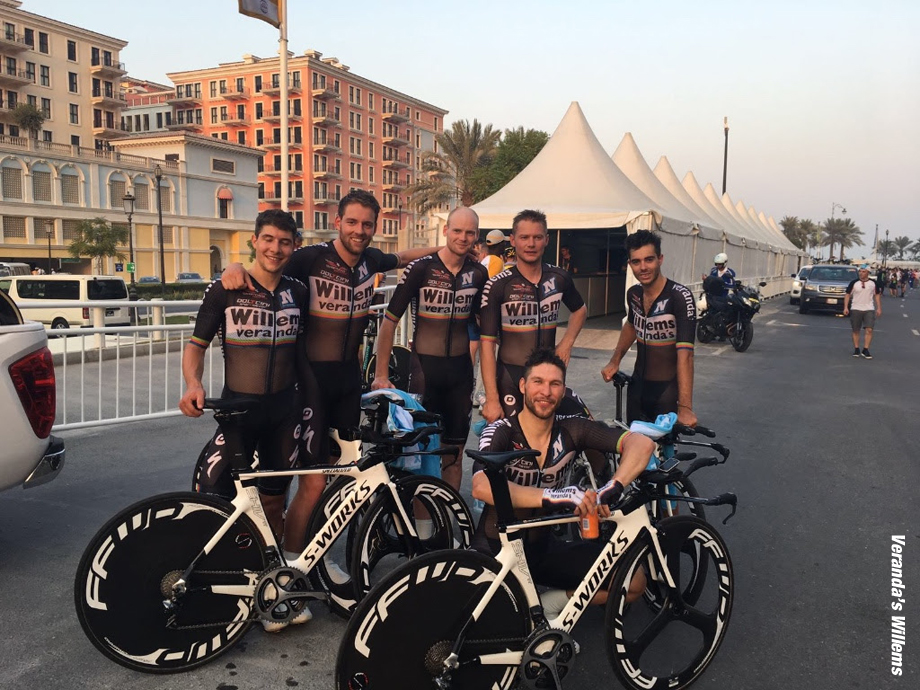 First Ever Medal in the World Championships