All of Veneto is once again breathing in the sweet smell of success for the 2020 road cycling World Championships. This is the strong impression that the Vicenza Promotion Committee came away with late last evening at the Radisson Hotel in Bergen, after all day meetings held by the Managing Committee of the International Cycling Union (in which Italy is represented by Federal President Renato Di Rocco). The consultations regarding the iridescent series are scheduled to last until Sunday.

The delegation led by president Claudio Pasqualin, along with Vice President Moreno Nicoletti and Advisor Sandro Belluscio, had just enough time to check in to the hotel before attending the meetings here in Bergen, where Martin Gibbs, Secretary General of the UCI, and thus the number two man in the International Federation, delivered confirmation that Vicenza’s bid for the road racing World Championships was the only one worthy of further consideration over the next several weeks.

In other words: The Vicenza World Championship bid offers the Palladio circuit and a kick off from Venice, along with a stop in Padova for other elite races. These are the destinations that outshined the competition from the other major candidates.

Rumour had it that Holland, Colombia and Australia were also in the running, but Vicenza is the only contender left on the list. The next few weeks have been earmarked exclusively to refine the draft agreement, in which the International Cycling Union will assign marketing rights to organize the 12 men’s and women’s Junior, Pro, and Under 23 road races to the National Federation, and thus to the Veneto region.

“We are obviously satisfied with the way our bid is progressing and we are grateful to the FCI and UCI for believing in the project we have been working on for four years. In another three years it will turn in to the realization of our hopes and expectations, as well as an expression of the values of our region,” emphasized Claudio Pasqualin.

The job of completing the assignment will begin tomorrow in Bergen. 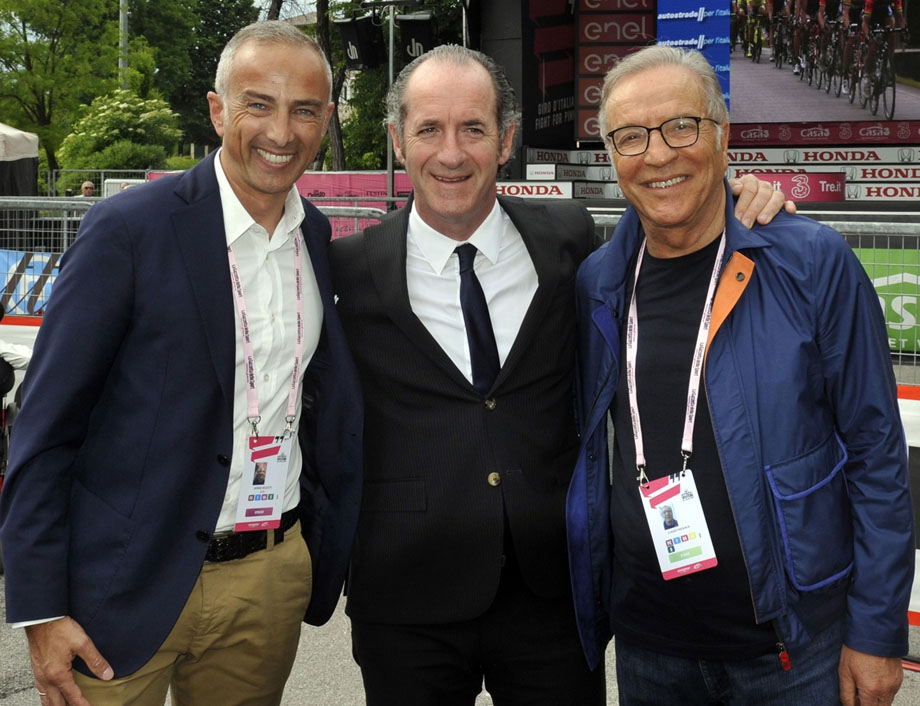