Tsgabu Grmay made it two from two when he was crowned Ethiopian National Road Champion on Sunday. The result comes after he won the individual time trial title on Thursday. Grmay lined up in the 120 kilometre event that started and finished in Bahir Dar City and crossed the line solo to top off a successful championships.

“I was very worried today because all the local riders were watching me,” the 21 year old said. “I was marked throughout the race but with 45 kilometres to go, I attacked and three riders came with me. We worked well together but I was worried about them beating me in the sprint so I attacked on the final climb with 2 kilometres to go and got a gap.”

“I am very proud to be able to take my country’s flag on my jersey and show it off in Europe and America in the next few weeks where I will be racing.”

Grmay is the first ever professional cyclist from Ethiopia. Earlier this year he won his maiden professional race in stage 5 of the Tour of Taiwan on the way to finishing second overall. 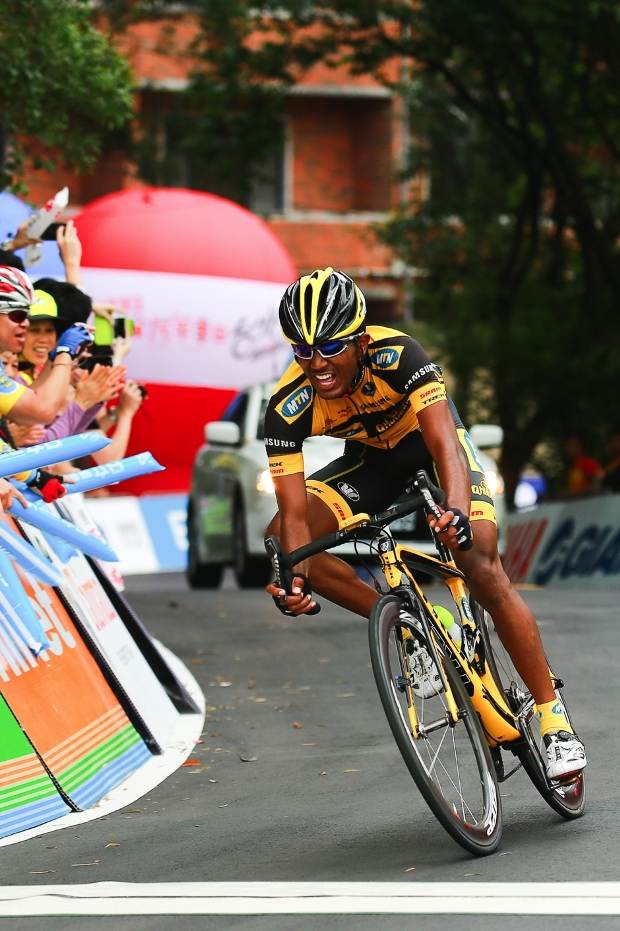