Victory for Lepistö on Stage 6 of the Giro Rosa

After sprinting to second place in an earlier bunch sprint, Lotta Lepistö went one better today to win stage 6 of the Giro Rosa. The stage took place on a circuit with four laps and despite numerous attacks towards the end, came down to a bunch sprint.

High temperatures and an aggressive peloton made for a tough day in the saddle. Lepistö says team manager, Thomas Campana identified today as a stage that suited the team.

“It was a very hot stage and the race was fast which made it hard. We did the circuit four times but despite it being so hard, I was feeling good,” the Finnish champion said. “Thomas said this was the perfect stage for us. I trusted and believed that, despite the climbs. It was good to do loops because we knew the finish well in the end. I was in position 30 going up the climb the last time but I gave it all on the descent and ended up in position two at the bottom of the descent, getting into a good position for the sprint.”

“It has been a frustrating Giro for us with Ashleigh [Moolman-Pasio] getting sick and losing time when I punctured in the TTT. We also missed the first group on stage 4 which wasn’t a good performance from us. We came together as a team and wanted to turn things around so we stayed positive and kept believing.”

Today’s victory marks the team’s sixteenth win of the season in what has been its most successful one so far. The Giro Rosa continues tomorrow with stage 7, a 141km race from Isernia to Baronissi.

Photo: Lotta Lepistö celebrates the stage win on Stage 6 of the Giro Rosa – a 116.1 km road race, starting and finishing in Roseto Degli Abruzzi on July 5, 2017, in Teramo, Italy. (Photo by Sean Robinson/Velofocus.com) 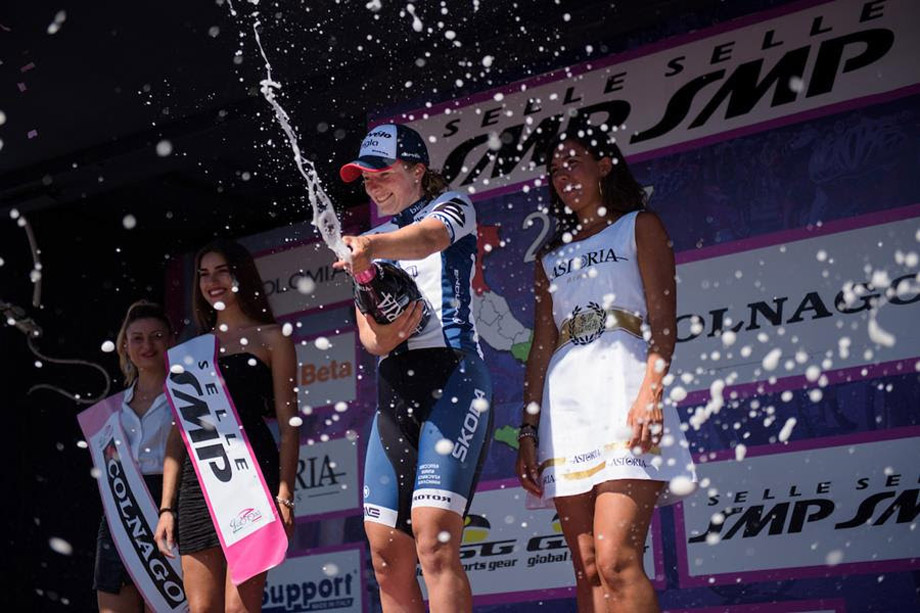