The Cervélo Bigla Pro Cycling Team’s dream season continued today after winning two national road titles in Germany and Switzerland. Lisa Klein was confirmed the winner in the sprint in Germany after a photo finish while Nicole Hanselmann out-sprinted a group of six riders to win her title. 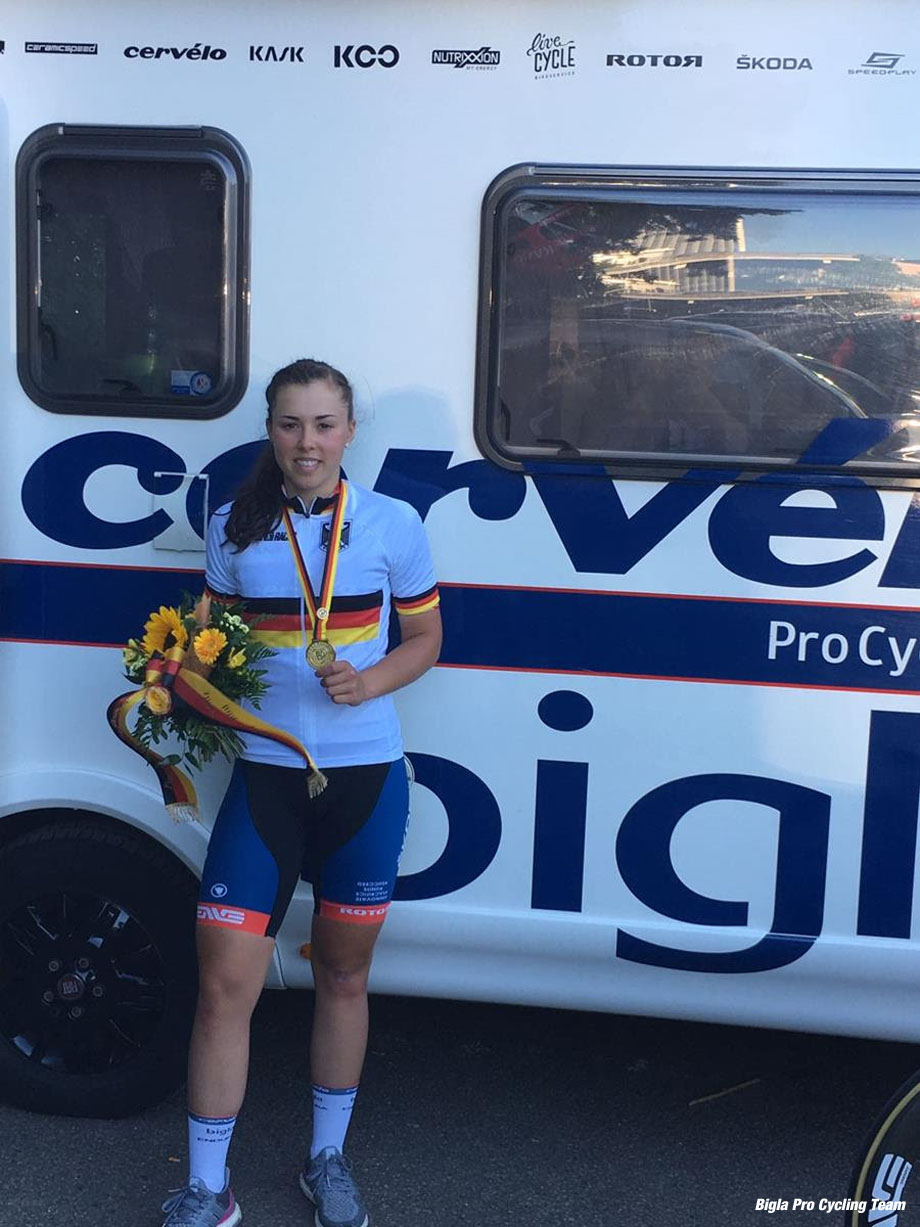 Today’s results brings the team’s national titles to a total of six for the year. “The German championships was a win of the team,” general manager, Thomas Campana said. “We didn’t get rewarded as much as we wanted from the time trial yesterday but last night after the ITT it was interesting to watch the girls. They came back after the race and said ‘tomorrow we will try even harder.’”

“On today’s course, everything was possible for us. Clara [Koppenburg] was incredible, she is a real German fighter. She kept coming back and driving the pace. She did a leadout from 5km to go to 1km to go then Stephie [Pohl] took over and perfectly delivered Lisa. It was an unbelievable performance from three riders, they wanted it desperately. This is our team mentality and I couldn’t be more proud. It’s a well deserved victory for Lisa. It proves again that we are on the right track by developing young riders, signing them for their character and believing in them.”

Campana took a moment to dedicate Hanselmann’s victory in Switzerland to Bigla who has been a long-time supporter of the team and Swiss cycling in general.

“Nicole deserves this and I hope it will give her the boost to make another step in cycling. This is a great title for her and really important for her career. We are a young small team and to win five titles from these national championships this week is incredible. The Swiss title is a present to Bigla from our team. They have been a long-time supporter of cycling and our team and we can’t just call them a partner because they are part of our family. We can’t wait to present them with the Swiss jersey.”

20-year-old Klein is in the third year with Cervélo Bigla and has enjoyed a breakthrough season. The result today is the culmination of hard work the past three years.

“I can’t believe it right now. This is a really special feeling,” she said. “I started my sprint early but I trusted Stephie 100% because she did a perfect leadout for me. Clara was fighting the whole day and did a long leadout with 5km to go, she was incredible. It was a team performance; without the team I would not have won. In my career, it’s one of the greatest moments, I have no words. It’s so crazy. I’ve made some mistakes with gearing in the sprints this year and this time everything was perfect; it was really really amazing. Also congratulations to Nicole, in the race Thomas told us through the radio that Nicole won which motivated me. And congratulations to Cille [Uttrup Ludwig] for the time trial title, well done.”

Hanselmann who is the longest serving member of the team and a loyal domestique was visibly happy with her result. “I was a solo rider so it was difficult for me but I just stayed focussed. It was really tough. I thought I could make a podium if I had good positioning coming into the finish. There was an attack with 1km to go and I closed the gap and kept going. That was perfect for me. I’ve waited very long for this title so I am super happy. We wanted a Swiss national title for a long time and today a Bigla rider is on top of the podium. I want to thank Bigla for their long-time support of the team and Swiss cycling.” 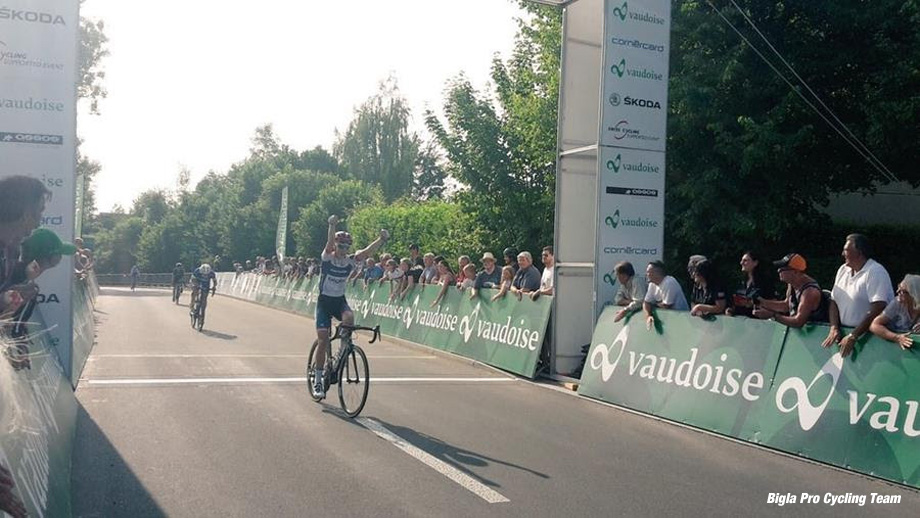