Vuelta with two faces for Belkin

The Belkin Pro Cycling Team hoped to get in the mix one last time in the Vuelta a España’s closing stage but Robert Wagner fell short in Madrid’s streets. The riders and sports directors reflect on the three weeks in Spain with mixed feelings, though they all agree that they made the best out of the situation.

Juanma Gàrate
“It’s been a very heavy Vuelta. It was a fight each day. It was a difficult Vuelta for our team. Of course we didn’t have the start we were hoping for with Theo Bos dropping out ahead of the first stage. Eventually, we end up with four men but I think we’ve managed to make something out of it. Bauke has won a stage and we fought every day. That’s not easy with only four men in the race, but we were present in almost every break that was formed. Despite all the setbacks, we did a good job as a team.”

Bauke Mollema
“I knew that it would be hard to do another good overall after the Tour de France so it wasn’t a very big disappointment when it turned out that it just wasn’t in the cards for me. I switched my focus and made the best of it. It’s great that it resulted in a stage win. For our team it has been a very heavy Vuelta with many ups and downs.”

David Tanner
“I’m obviously very happy that I have made it to Madrid. It was a tough three weeks. Of course it was weird to start with only eight riders, especially because Theo was one of our leaders. Half of our objectives were based on him. We handled the unexpected circumstances well. In the end, it’s been a fine Vuelta for Belkin.”

Robert Wagner
“I’d hoped to end up on the podium today. I was focused and in a good position but I just went too early. I have to thank the guys for their help. I only had three to rely on; and tough they are not sprinters, they’ve really done so well in supporting me. I’ve reached Madrid in a good condition and I’m ready for the Worlds team time trial.”

Merijn Zeeman
“This was a Vuelta with two faces. It was a disappointment that Theo couldn’t start and we didn’t expect Stef, Laurens and Luis León to abandon. On the other hand, we handled the setbacks very well. Everyone within the team, from riders to staff, kept fighting and believing in opportunities that inevitably came. We kept trying all the way to Madrid. Sometimes we were out-numbered and sometimes the race situation wasn’t in our favour, but in the end, we got a nice reward with Bauke’s stage victory.” 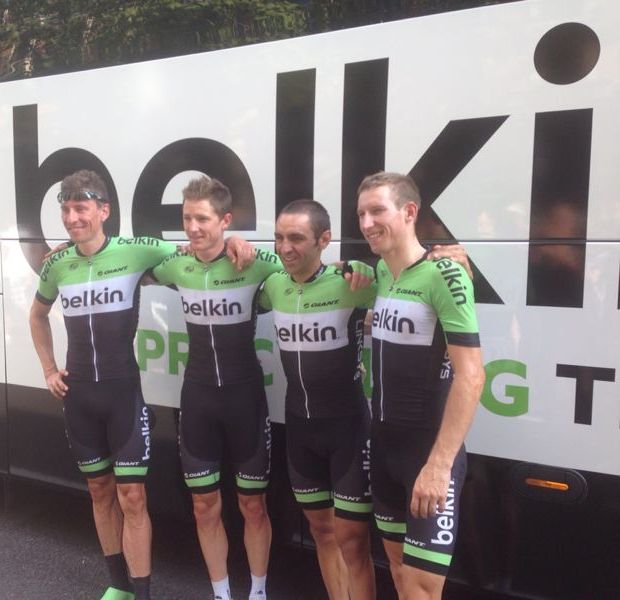