Wahoo Fitness, the leader in workout apps and smartphone connected devices, is pleased to announce a partnership with world class triathlete Sarah True, 2012 Olympian, silver medalist in the 2014 International Triathlon Union (ITU) World Championships and a strong hopeful for the 2016 Rio Olympic Games.

During the 2015/16 season, True will train on the KICKR power trainer (also used by Team Sky), TICKR X Workout Tracker, RFLKT+ Computer, the Balance Scale, and other Wahoo Fitness products. The data generated by Wahoo products provides True and her coach the metrics needed to stay on track throughout the season. True will focus primarily on the ITU World Triathlon Series and started her season earlier this month on March 6th in Abu Dhabi, the first race on the ITU World Series calendar, where she finished 9th overall. Five American women finished in the top 10 in that race. True will continue her season March 28th and 29th at the ITU World Triathlon in Auckland, New Zealand.

“We are proud to support such an inspiring athlete like Sarah,” said Michelle Gosselin Halsey, Wahoo Fitness Director of Marketing. “Having an athlete of her caliber as a Wahoo ambassador is a true testimonial to our line of products.”

The TICKR X gathers advanced motion analytics and heart rate data, with or without being connected to a phone. Unlike any other fitness tracker, the chest based wearable combines heart rate with motion analytics to track your reps in the gym including push-ups, squats, lunges, sit-ups, cycling cadence, running form (including vertical oscillation and ground contact time,) and more.

The RFLKT+ Computer wirelessly connects to the cyclist’s phone and displays all of the data from the cycling app of choice on the handlebars. Users can customize and toggle between screens, control start/stop timer, and even control phone functionality such as music playback. 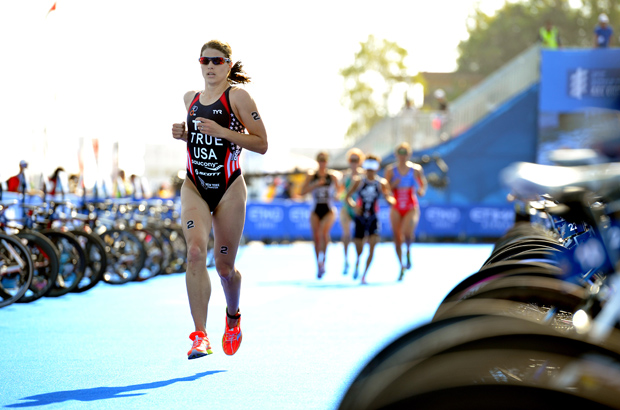