Warren Barguil Out of Milano-Sanremo

Unfortunately, Warren Barguil (FRA) will not line up for the start of Milano-Sanremo this Saturday due to an ankle injury sustained at Paris-Nice. The team will line up with a strong 8-man team as Søren Kragh Andersen (DEN) replaces Barguil.

Team Physician Anko Boelens (NED) explained: “Warren has developed an ankle injury, possibly tendinitis of the peroneus muscle, during Paris-Nice. We are taking him out of Milano-Sanremo to undertake further testing and to make sure that the injury does not get worse. A couple of days off the bike will give the injury the necessary time to recover and Warren should be able to resume training after that.”

Barguil said: “It’s a huge disappointment for me to have to pull out of Milano-Sanremo and that I won’t be able to contribute to the team goal and help Michael in the finale. It’s the most wise thing to do to ensure that my injury doesn’t get worse and I wish the guys the best of luck on Saturday.”

“Unfortunately we will miss Warren on Saturday,” said Team Sunweb coach Aike Visbeek (NED). “With Søren we have a good replacement considering his ability to survive hills and the way he can position his team mates. He gave us a good demonstration of his capability in Tirreno and he adds extra max-speed to the team meaning that our plans don’t change much.” 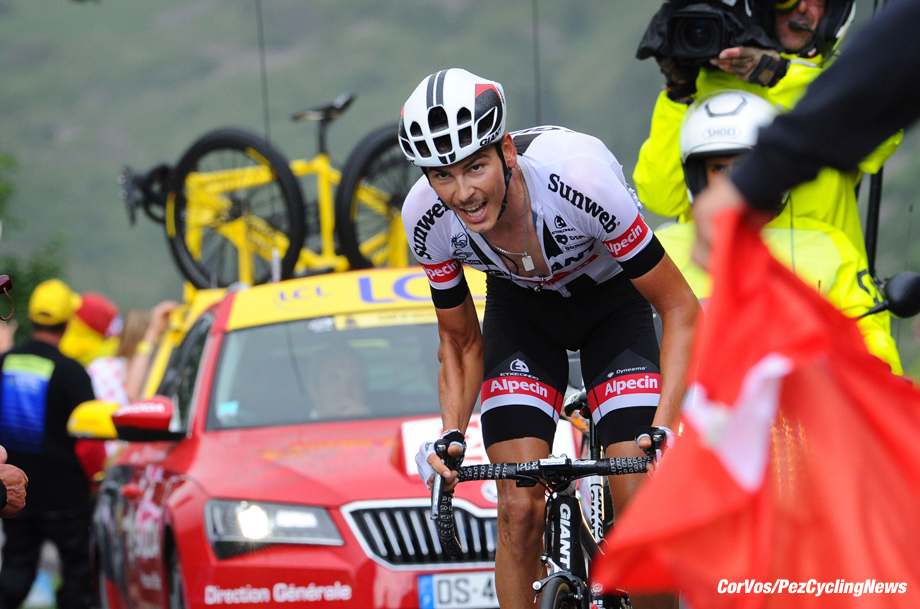