Dutchman Pieter Weening (Orica Greenedge) is the winner of the 2013 Tour de Pologne. The conclusive time trial in Krakow was a fascinating finale to the 70th Tour de Pologne, with two parallel competitions; on one side the challenge among the specialists against the time for the stage victory and on the other side the battle between the big guns in the classification to capture the GC. On the 37-km route from Wieliczka to Krakow, the fastest rider was Britain’s Bradley Wiggins (Sky) with a time of; the Olympic TT champion chose the roads of Poland to get back to the top step on the podium, a podium of the highest caliber with Fabian Cancellara (Radioshack) in second place at 56” and Taylor Phinney (BMC Racing), third at 1’14”. 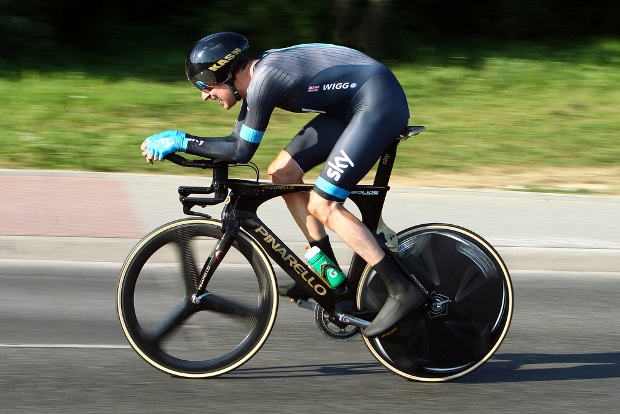 “I’m very happy, it’s nice to be back to winning an individual race after a year without success,” says Wiggins. “The Tour de Pologne was the hardest race I’ve done in quite a while. The beginning in Italy with the Pordoi, and then yesterday’s stage and also today’s time trial. But I have to say that every day was hard. I’m working on the TT World Championships in Florence, and I’m looking forward to the date with confidence.” 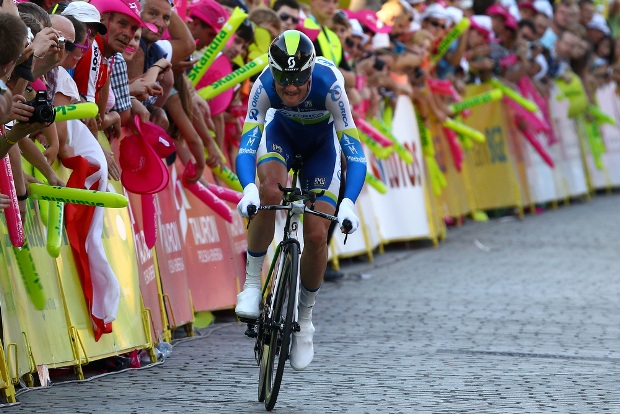 The final yellow Skandia jersey went instead to Pieter Weening, who was fifth in the classification, 27” behind the leader, Frenchman Christophe Riblon. With a great performance in the time trial, Weening closed out sixth, 1’44” from Wiggins, jumping ahead of all his adversaries in the GC. Next to him on the final podium of the Tour de Pologne were Spaniard Jon Izaguirre (Eusklatel), second at 13”, and Frenchman Christoph Riblon (Ag2r) third at 16”. Fourth place went to Poland’s Rafal Majka (Saxo-Tinkoff) at 26”. 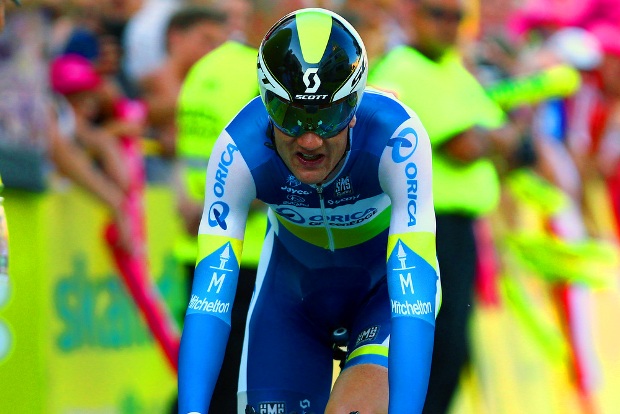 “I came to the Tour de Pologne with the will to put in a good race and after the first stage in Trentino I started to believe that I really had a chance to win, and my confidence grew day after day,” says Weening. “It was a beautiful and very hard Tour de Pologne, with the mountains in Italy, yesterday’s grueling stage and this conclusive time trial. Today I really gave it my all and I kept repeating to myself all day that I could win, I believed in this and in the end I did it. It’s a very important victory for me and the entire team.” 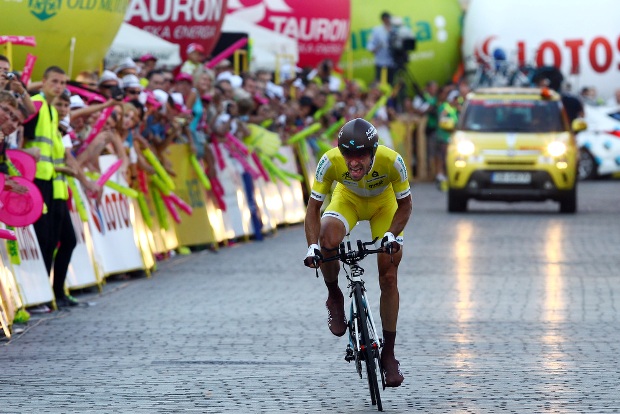 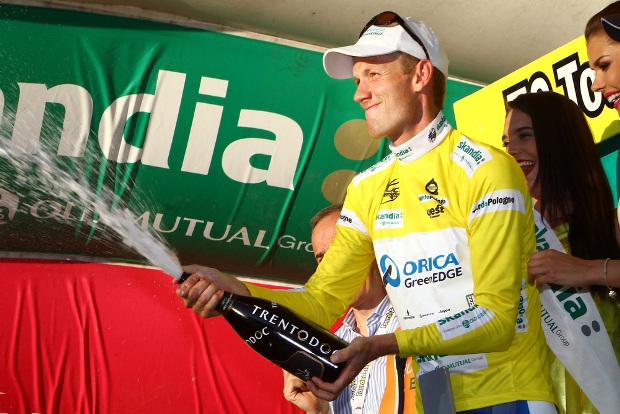 The General Manager of the Tour de Pologne Czeslaw Lang is also pleased as punch.
“It was a truly stupendous edition, every stage featured thrills and excitement, starting with the extraordinary kickoff from the Dolomites in Trentino,” says Lang. “Every day we had a big winner. Today’s time trial has a podium worthy of a world championship, with Wiggins, Cancellara and Phinney. There couldn’t have been a more wonderful final, up in the air right up to the last minute. Congratulations to winner Pieter Weening, who knew how to hold his own on the major climbs and to give it his all in the final time trial. It’s just too bad that Rafal Majka didn’t make it to the podium, however he also deserves congrats because he rode a great Tour de Pologne, just like the other Polish riders, especially Marczynski, in the cyclamen jersey, and Huzarski in the red jersey.” 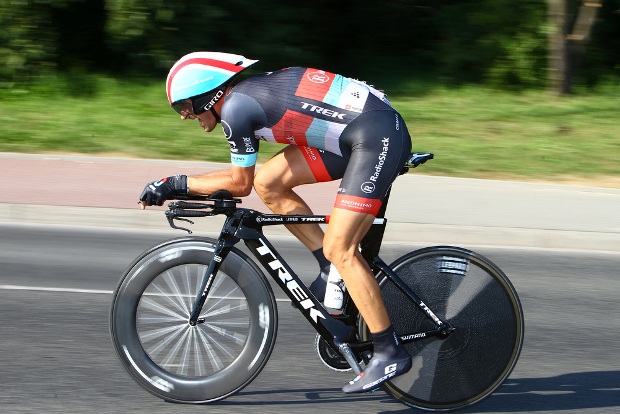 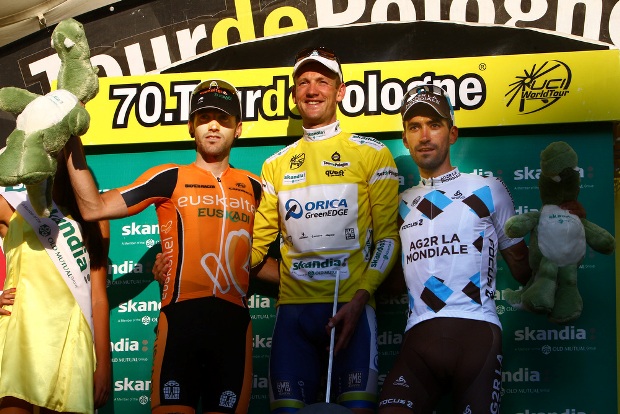 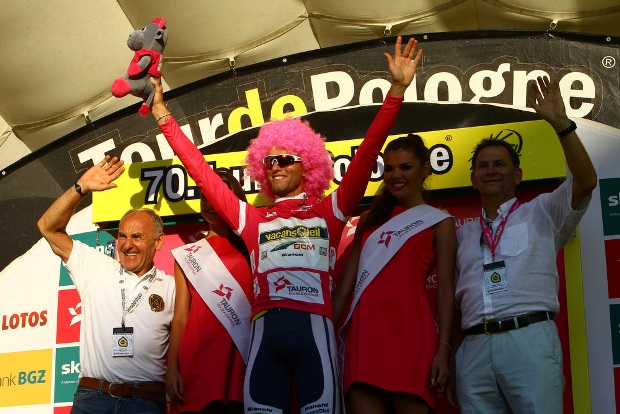 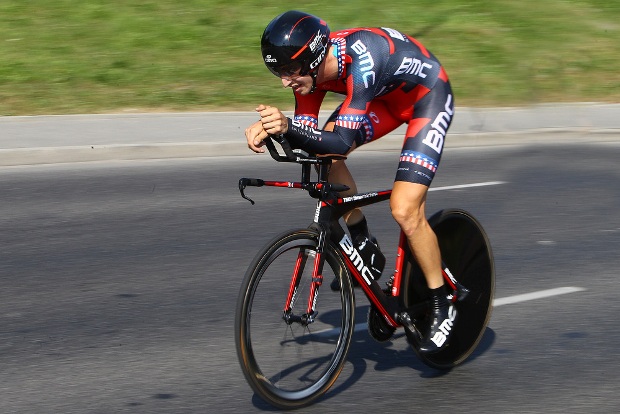