Wippert had just days to prepare for his debut with the Professional Continental team, rushed into the five-man squad after Ben Johnson was hit by a car towing a caravan on Sunday morning while training.

“It’s a win for the team today,” said Wippert. “All of my new teammates have been there for me since I joined Drapac. After such a great result today, things can only get better and better.”

Goesinnen set the tone for Drapac early in the piece, making sure he was in every attack after GPM’s Chris Jory escaped in an early solo move. Goesinnen was finally in a late escape with three other riders which was eventually brought back with around 20km remaining in the 172.2km stage.

Wippert, a former stage winner at the Tour de l’Avenir explained that the team provided a “perfect lead-out” – a claim backed by Directeur Sportif Henk Vogels.

“The boys decided between themselves that Wouter was our guy,” Vogels explained. “They did an amazing lead-out, with Phelan hitting out with 1000 metres to go timing it to perfection, then Malcolm who was calling the shots went with about 500 to go and Wouter just hit them down the left-hand side to win the stage. He was just really pumped.

“First real road race for the year and he wins it!” 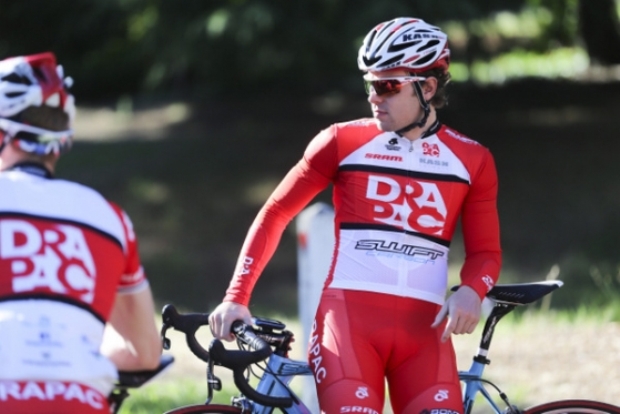