Coming off an aggressive and successful opening of its inaugural first Pro Continental season, Israel Cycling Academy Team sets to tackle its toughest challenge to date in its Belgian classics premier this weekend. The first ever-Israeli team will send its Classic oriented squad of 8 riders to Omloop Net Nieuwsblad this Saturday and Kuurne – Brussel- Kuurne race on Sunday.

The Team received Wild card invitations to both races, and is determined to prove its value on the road, in order to gain an invitation to the prestigious Tour of Flanders. The team also gained an invitation to 2 other World-Tour races: Dwaars Door Vlaanderen and Gent-Wevelgem.

The team who has made a surprisingly rapid development in its first two seasons as a Continental team, will be the youngest team on the start line in Gent, and also the most international one, featuring riders from 7 different nations this weekend in Belgium.

“We are clearly the underdogs in both races this weekend and others that will follow” said the Team manager Ran Margaliot, who himself is the youngest manager in the Pro cycling, at 28 years old.
“But we see it as an advantage and an opportunity to show our worth.”

“In a way, this philosophy has served the team very well since it has been founded as a project to develop Young Israeli and international talents. In its first two tours of the season in Spain, the teams showed its aggressive philosophy and took part in significant breakaways both in Vuelta Valenciana and Vuelta Andalucia. In the latter, the team’s rider Daniel Turek has adorned the Sprinter jersey in 4 of the 5 stages. “ We set to set a mark on every race we are in”.

Margaliot expressed his desire that the team would get Wild card invitation to Belgian classic Including the Flanders. The teams Participation in both Belgian classic races will set quite a few “first Evers”, including the first time the team will take part in a World Tour race. Young Israeli rider ( 23) Aviv Yechezkel will become the first ever Israeli rider to compete in a World Tour race, when he will stand on the start line on Saturday. The rider from Kibbutz Metzer is excited to get the chance: “Its something I could never imagine a couple of tears ago” he admitted. “I used to watch those races on TV and now I will be the guy on TV. It’s a great opportunity but as the whole team, I have to prove I belong”.

The team will be managed on the road by its head Sports Director, Kjell Carlstrom. 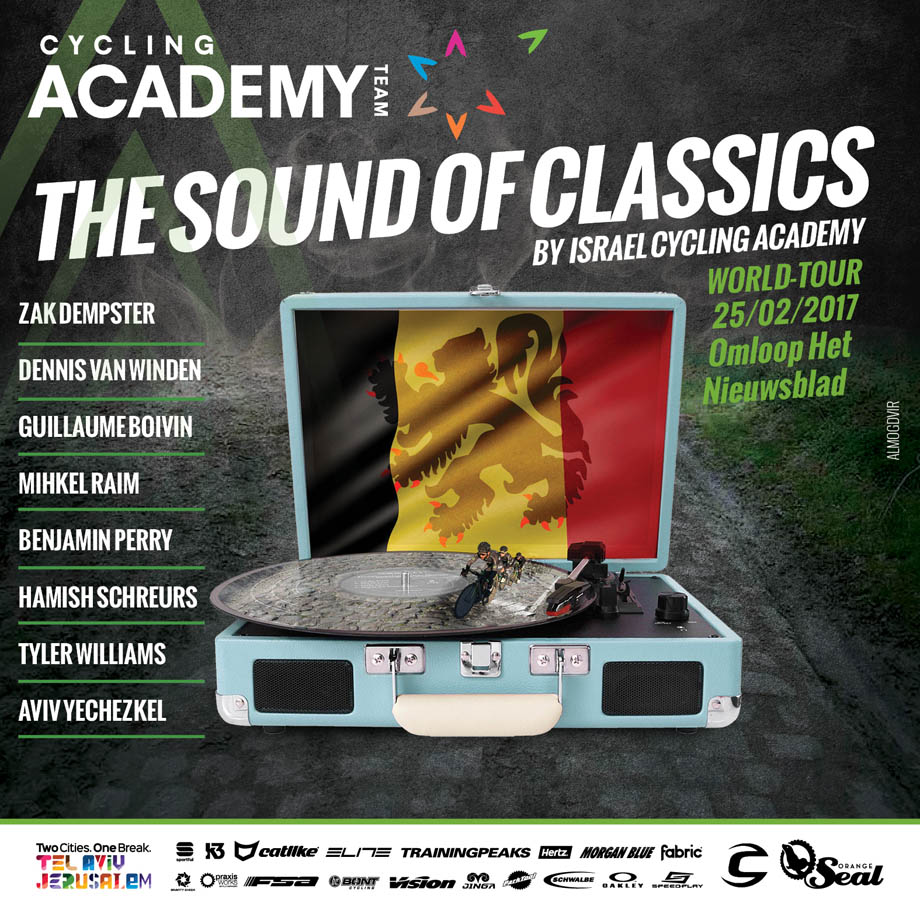