“We will be looking back on this in 100 years”, said an enthusiastic Marion Rousse, aware of the historic significance of the birth of the Tour de France Femmes avec Zwift. 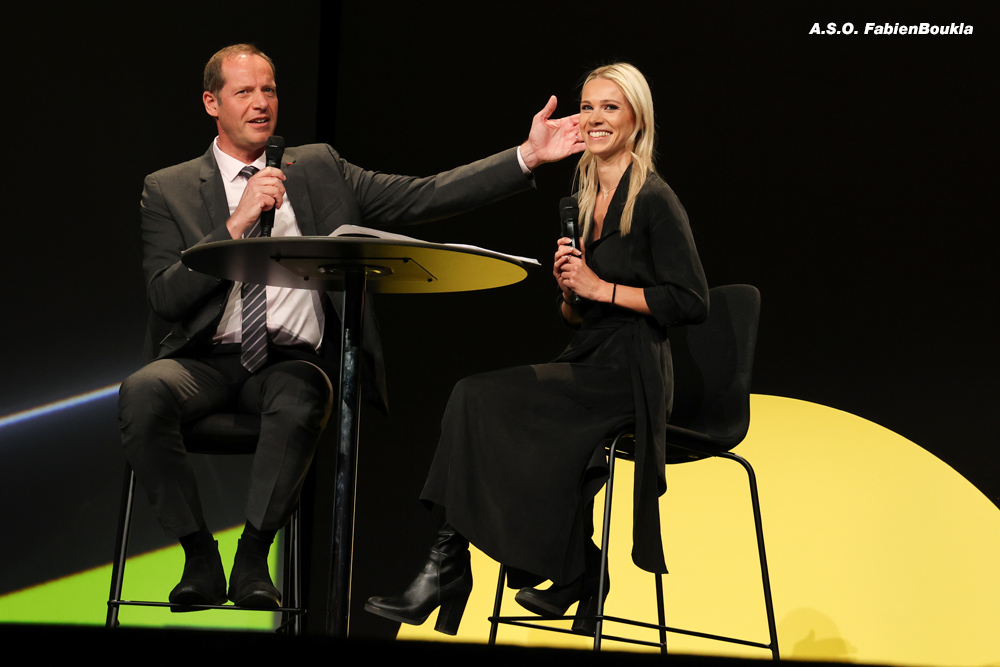 Indeed, the minds that drew up the route of this watershed event in women’s cycling turned to the legacy of the Grande Boucle for inspiration. The guiding principle of this eight-stage race is to honour the past of the event whilst looking forward to the future and staying true to the standards of the present. The show will get on the road on the Champs-Élysées, which has hosted the final stage of the Tour since 1975 and where the first bouquet will be awarded to whoever wins there on 24th July. A sprint finish is on the cards on the next day in Provins, so the yellow jersey could jump from rider to rider in a merry-go-round, not least because the wearer will also have to defend it on the stage to Épernay… held on the same puncheur-friendly terrain where Julian Alaphilippe lit up the Tour in 2019. 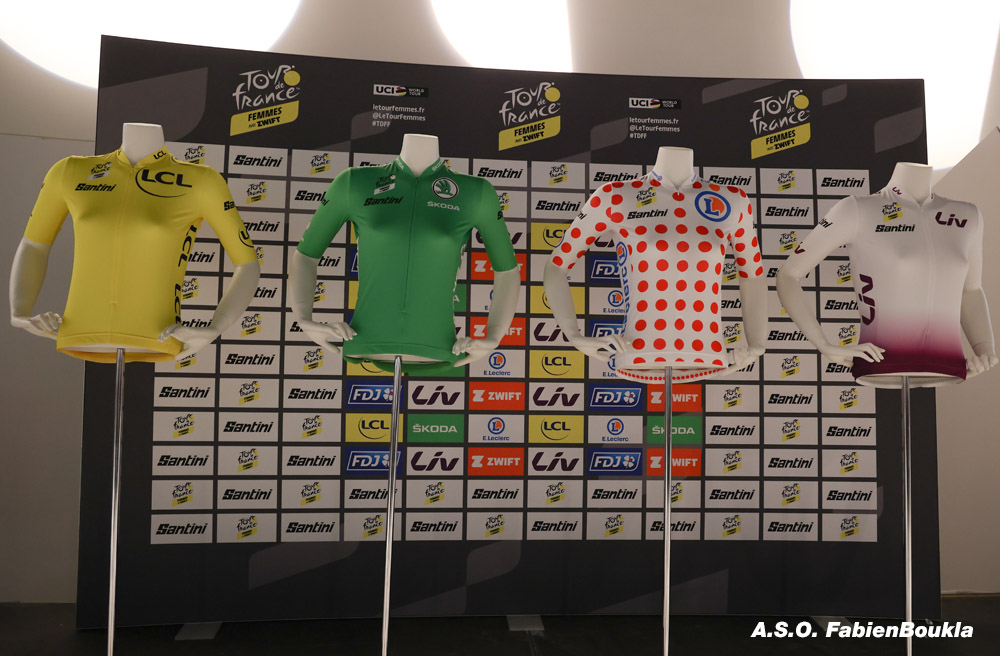 The next stage has something new in store in the heart of the vineyards of Champagne: white gravel roads of the sort that often animate the men’s races, including Paris–Tours and stages over the Plateau des Glières. Halfway through the Tour, Bar-sur-Aube will provide an opportunity to take stock of the situation. The peloton could change tack as it delves deeper into eastern France, starting with a trek through the Alsatian vineyards that will leave breakaway specialists licking their lips. The stage 7 finish at the top of Markstein, in contrast, is one for the mountain goats: the Petit Ballon–Platzerwasel–Grand Ballon sequence will be a Vosges classic of sorts. The closing stage will cram in several hallowed sites of cycling, where legends have been written in every era, from René Pottier, the first rider to go over the Ballon d’Alsace in the 1905 Tour to Tadej Pogačar, who turned the 2020 edition on its head on La Planche des Belles Filles. The women of the class of 2022 will be tackling the “Super” version of the climb, which is one kilometre longer and will set the stage for the climactic showdown.

Key points:
Ø Race director Marion Rousse presented the inaugural edition of the Tour de France Femmes avec Zwift, scheduled for 24th to 31st July 2022, at the Palais des Congrès in Paris.
Ø The eight stages that make up the event capture the essence of cycling past, present and future, from the Champs-Élysées, where the opening stage will be decided right before the men’s Tour de France comes to a close, all the way to the Super Planche des Belles Filles, not to mention the Ballon d’Alsace and a white gravel road stage in the vineyards of Champagne.
Ø More information about the Tour de France Femmes avec Zwift 2022 HERE. 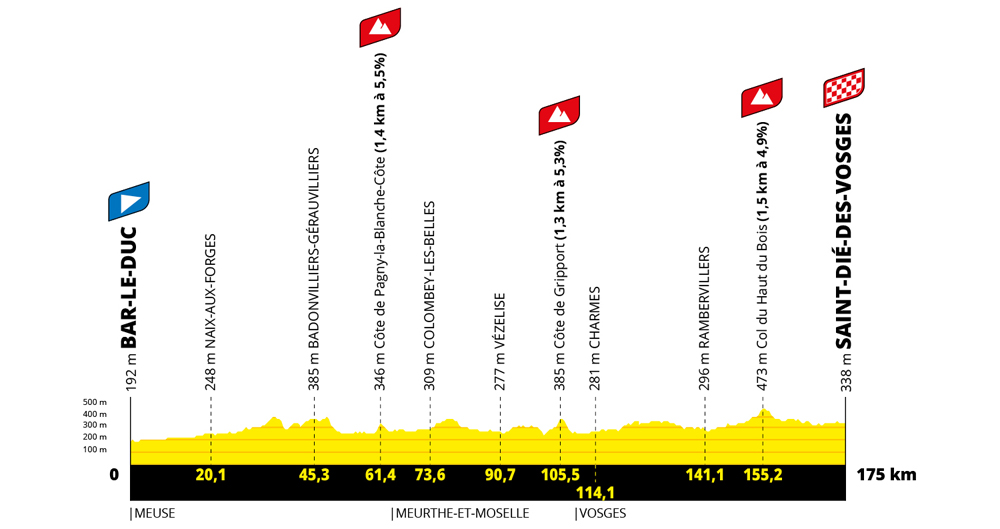 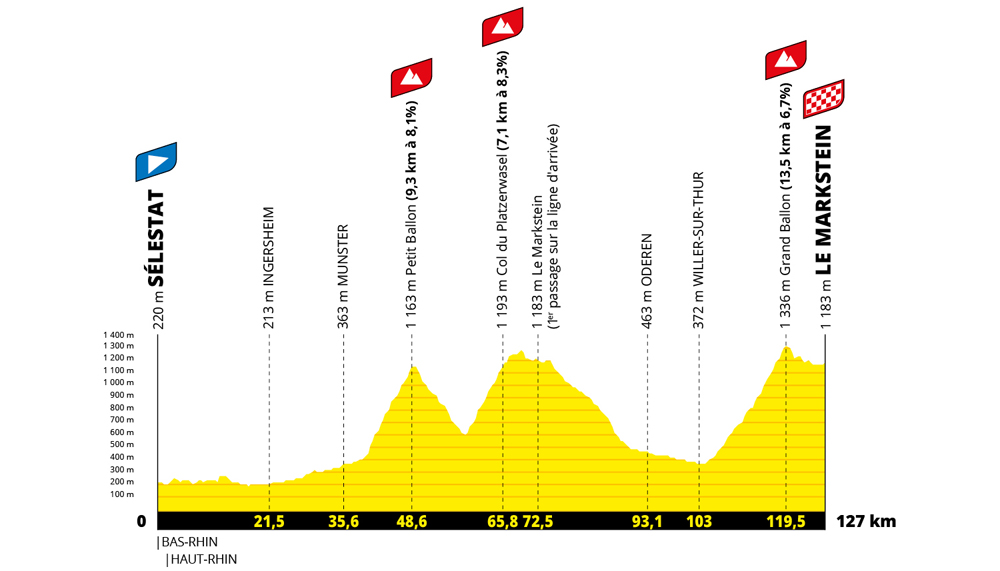 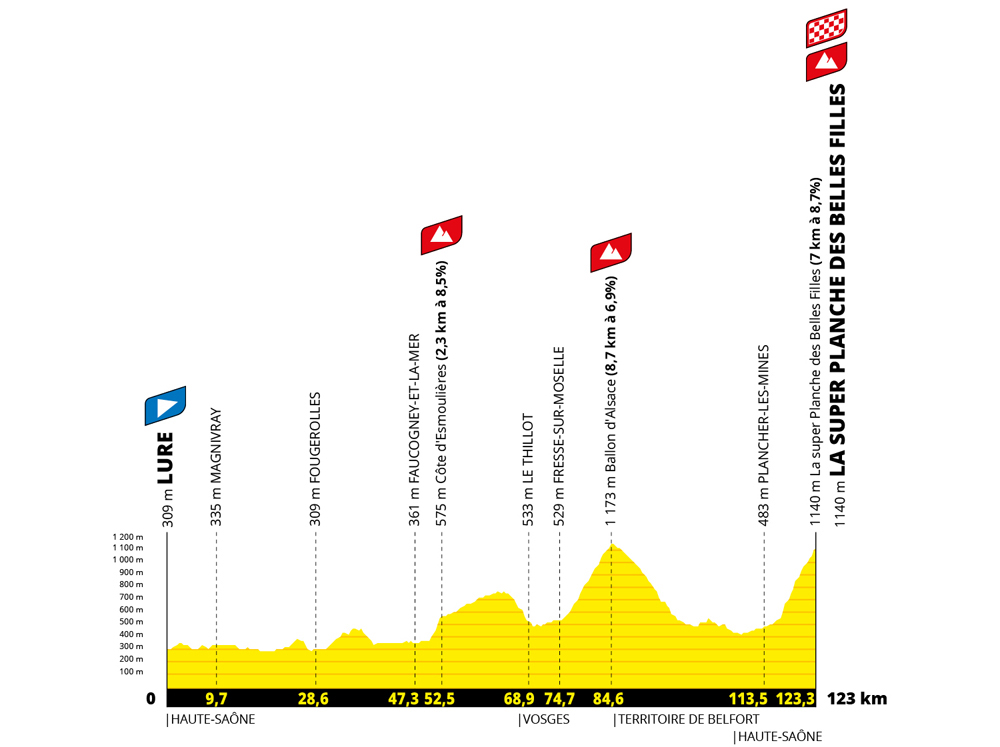 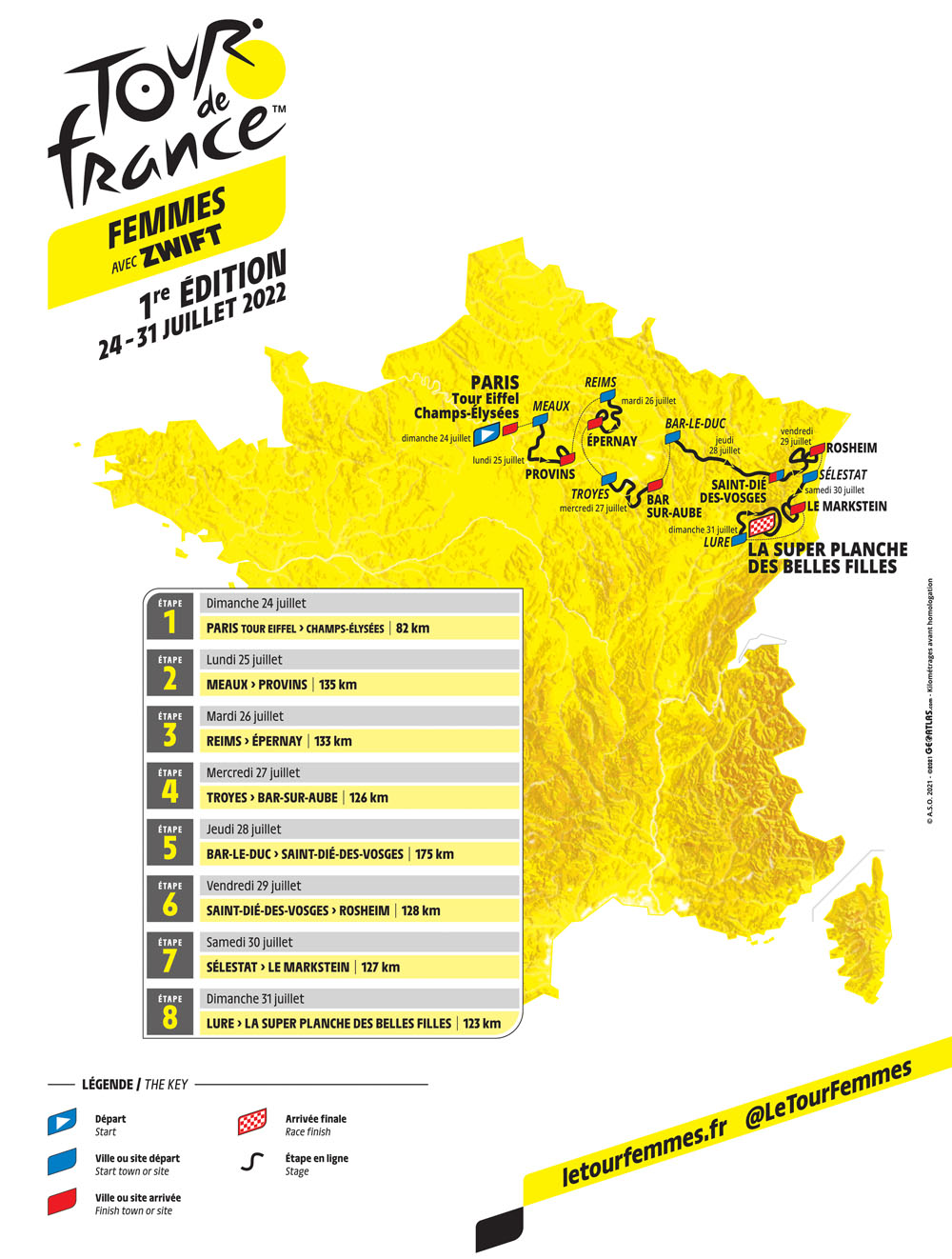