20-year-old German becomes second acquisition of the Movistar Team for next season, will increase team’s performance in time trials.

Movistar Team continues to underpin its future with German youngster Jasha Sütterlin (Freiburg, 1992), one of the most promising time triallists in the international scene and a talented sprinter.

Grown as an amateur in the best German development outfit, the Thüringer Energie Team, Sütterlin has obtained a good record in the last few seasons, including two consecutive, national U23 individual TT titles in 2012 and 2013, the overall classification of the prestigious Tour of Berlin U23 in 2011 -just few months after taking the leap from the junior ranks- and two stages of the recent Giro della Valle d’Aosta -the prologue and the final stage’s mass sprint-, as well as the bronze medal in the U23 TT European Championships in the Czech Republic last July.

Sütterlin will be the third German rider to join Eusebio Unzué’s teams after Steffen Radochla and Daniel Becke, who raced for the Spanish squad in the mid 2000’s. 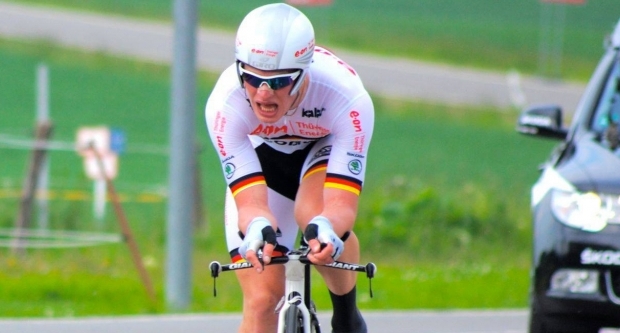 Premiere in the Middle Kingdom: Team Novo Nordisk is looking forward to the Tour of China