PeloPics: The first stage of the Abu Dhabi Tour started badly for Mark Cavendish and very well for Alexander Kristoff. Cav crashed during the neutralized zone and had to abandon before a pedal was turned in anger and Kristoff won the sprint against tough opposition; Andrea Guardini, Caleb Ewan, Elia Viviani and Dan McLay. 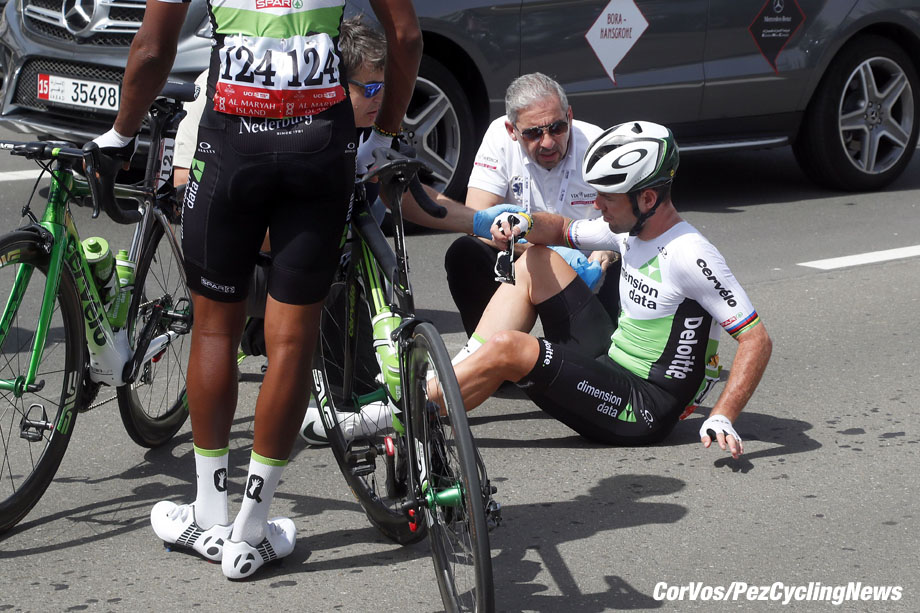 Not a good start for Cavendish

UAE Team Emirates’ Alexander Kristoff produced a sprint masterclass in Madinat Zayed to secure the victory in the opening stage of the Abu Dhabi Tour. The Norwegian showcased why he is considered one of the world’s top sprinters by battling through a hectic, bunched sprint finish to claim the red jersey for UAE Team Emirates on home soil. 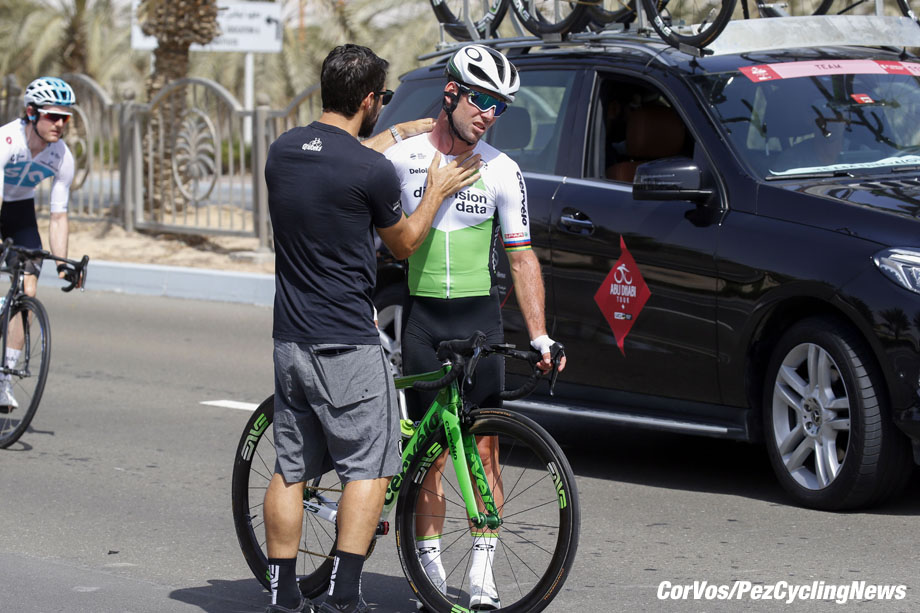 Cavendish came down when a car stopped suddenly due to the automatic braking system. Cavendish did remount and join the peloton, but had to abandon due to concussion and whiplash. 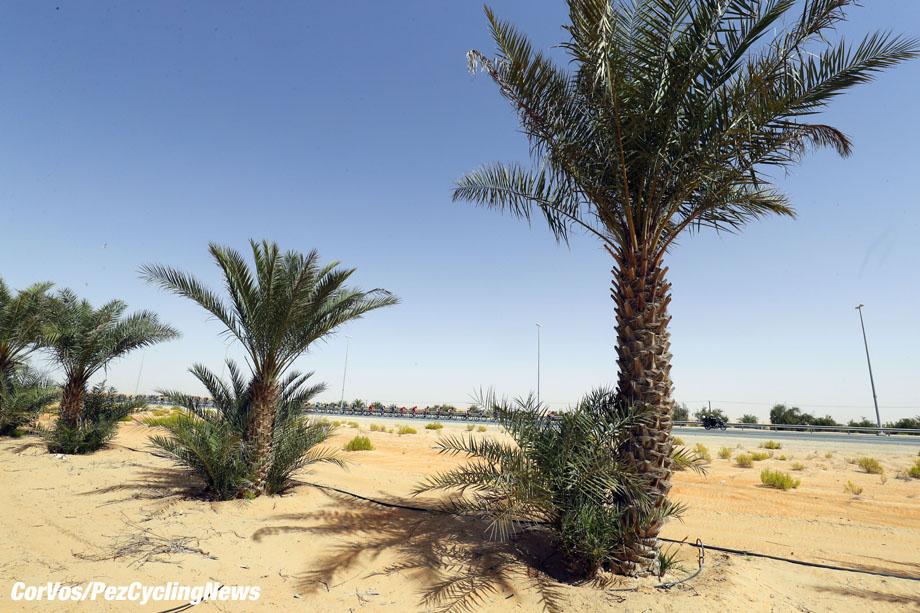 Hot and dry in Abu Dhabi

The race, a 190km route through the Abu Dhabi desert, saw riders battle 33 degree heat and tackle strong head-winds throughout. With just 2km of the race complete, the breakaway riders made their move and built up a substantial four minute lead on the peloton. At 150km that group had whittled down to one lone rider and despite leading for over 170km, the peloton timed their chase perfectly and caught up with 13km to go. 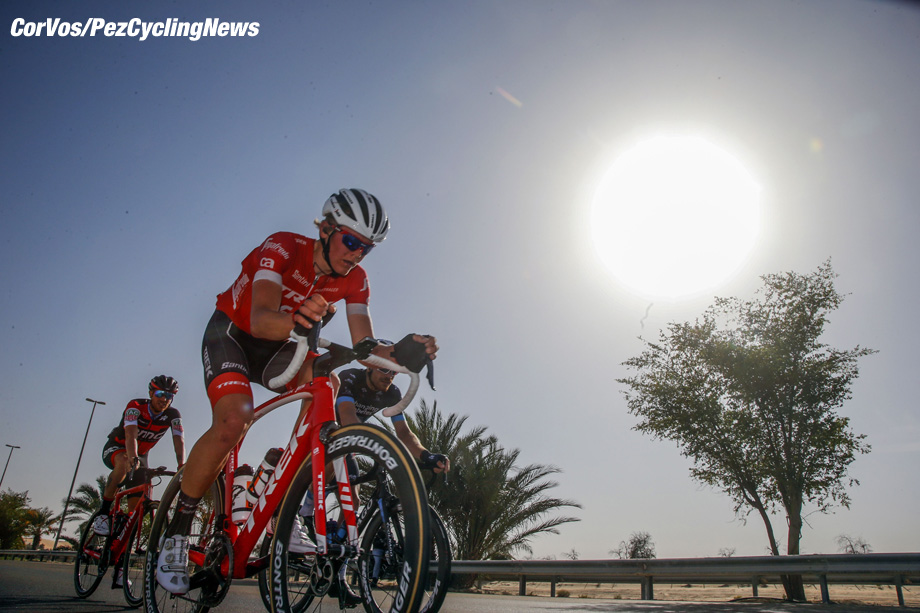 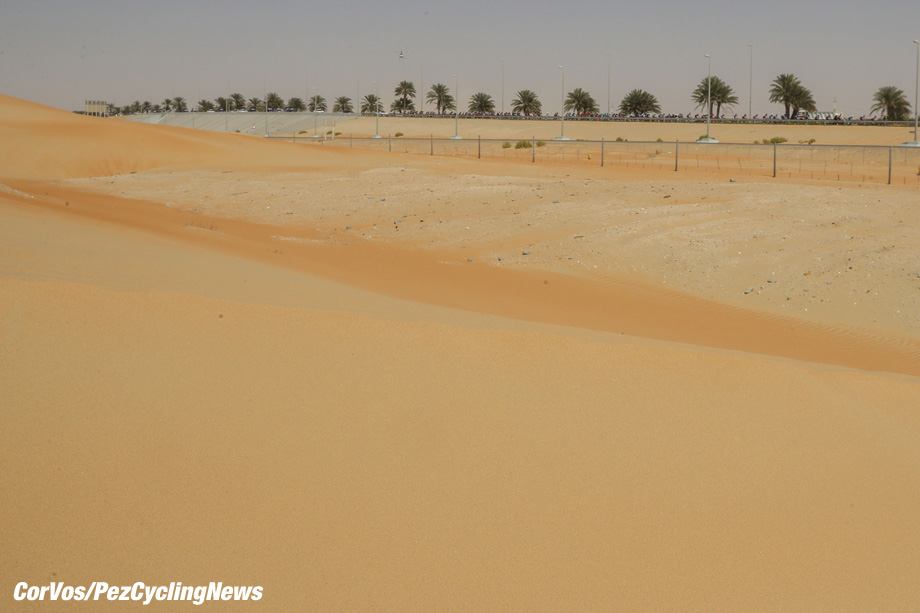 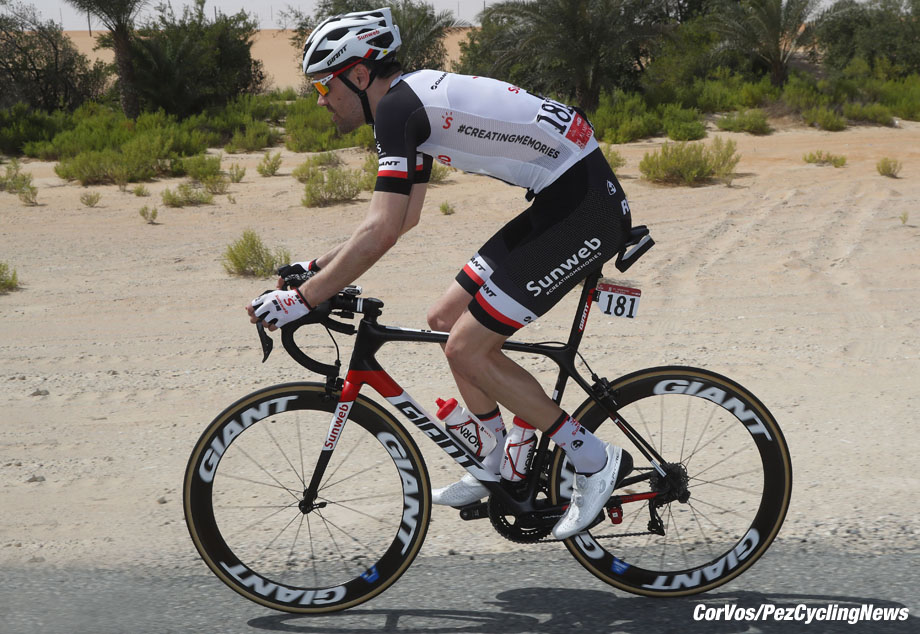 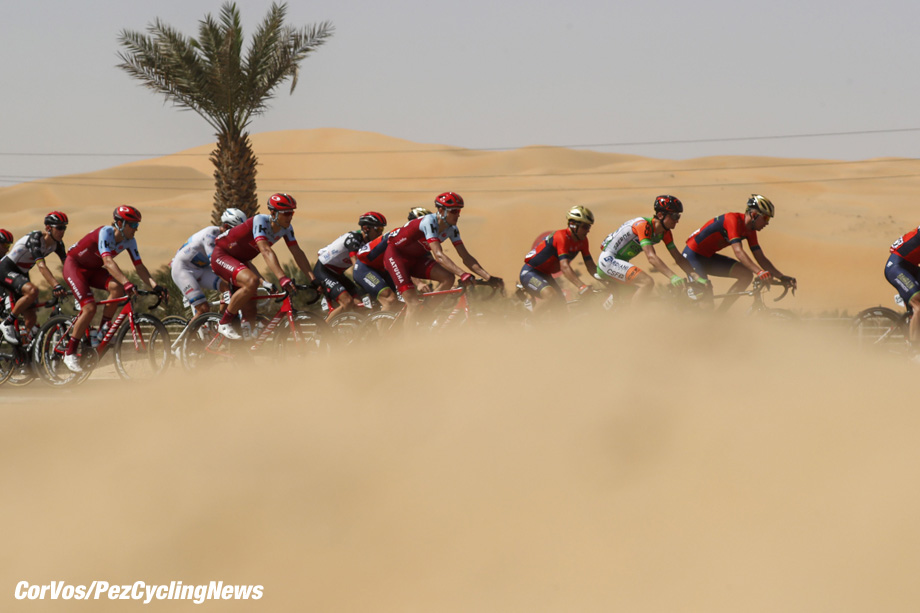 Warmer in Abu Dhabi than Flanders 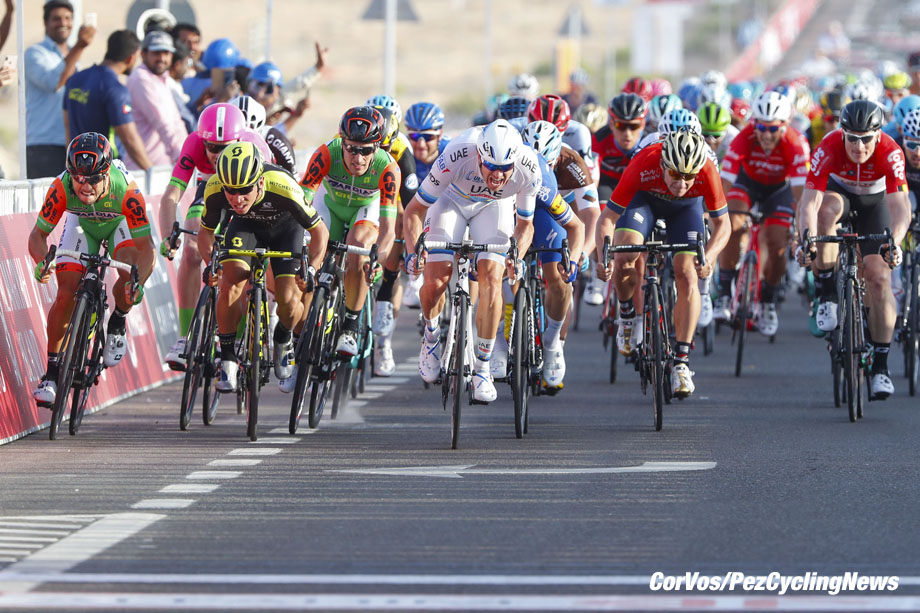 Alexander Kristoff hit the front to hold off Guardini and Ewan

As the race came to a climax in front of a packed Emirati crowd at Madinat Zayed, the cheering fans spurred on the relentless Kristoff as he crossed the line to pick up his second stage victory for his new team, following his stage victory at the Tour of Oman. 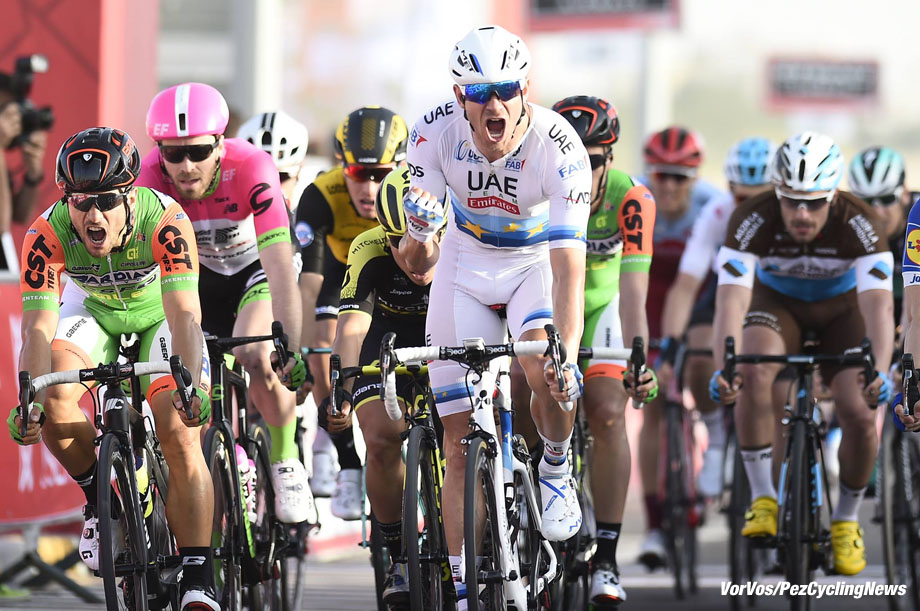 Second win of the 2018 season for the European champion 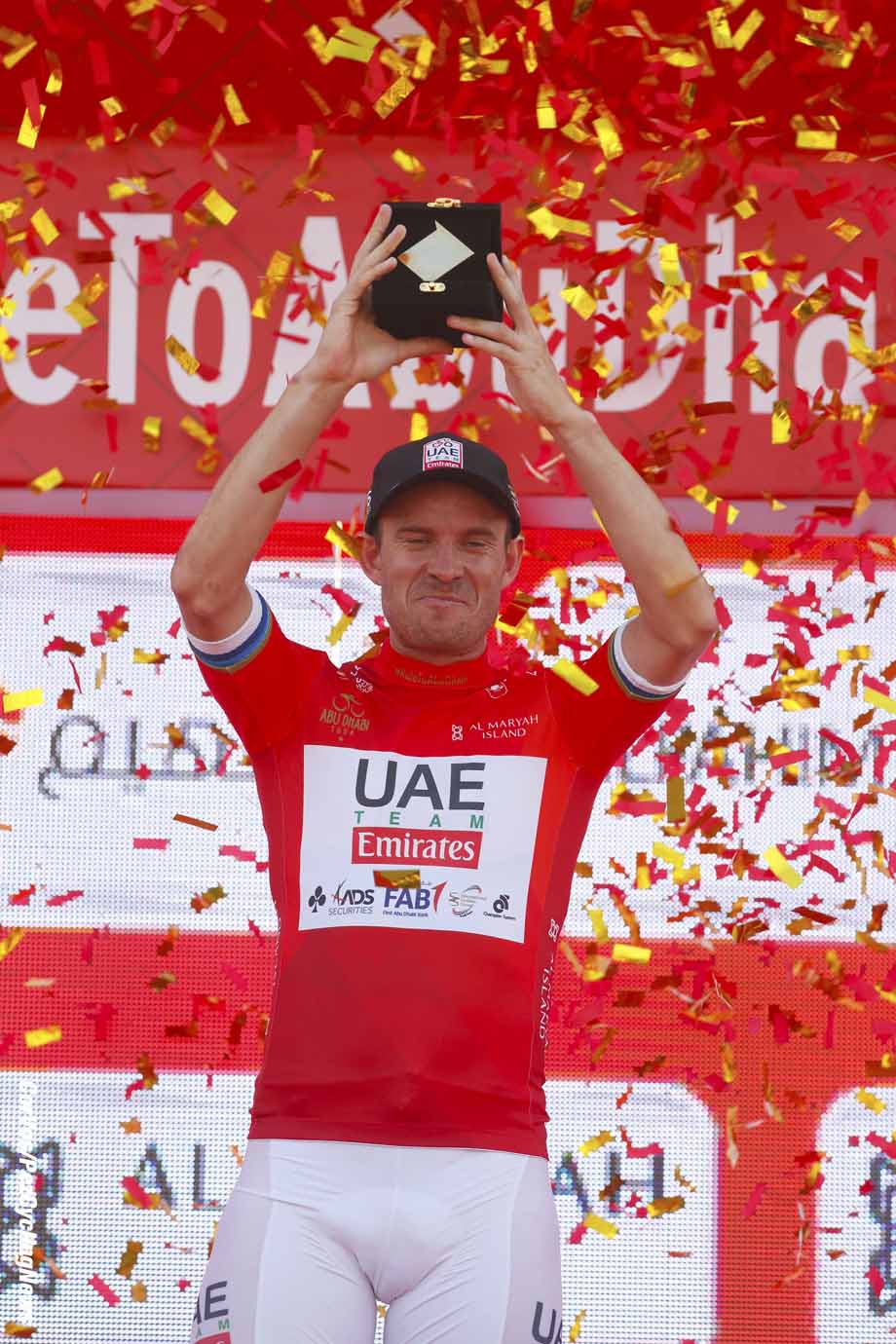