Alejandro Valverde, the World Champion of the Movistar Team to use a brand new Canyon bike and many special elements developed by the squad’s sponsors at the final Monument classic of the year, Il Lombardia, his racing farewell for 2018. 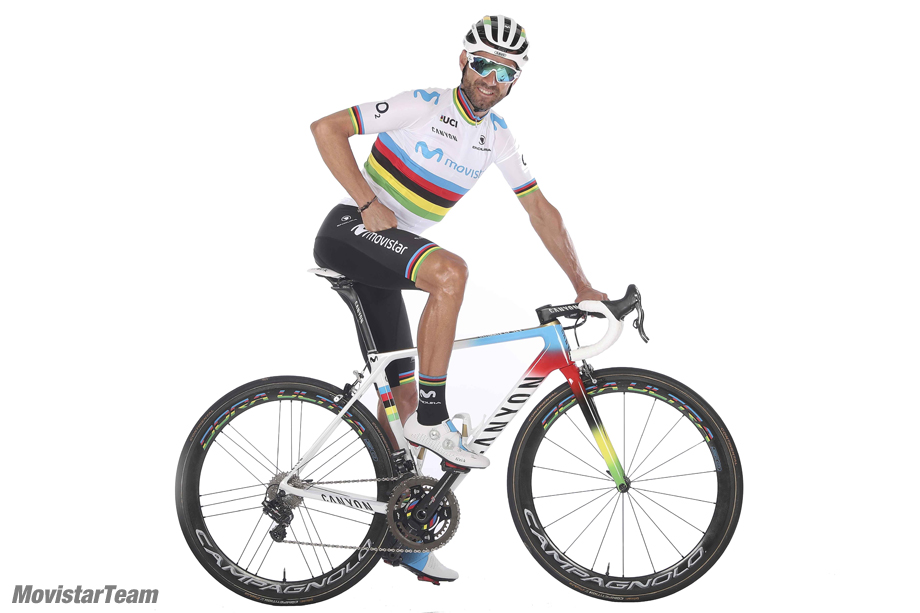 On the eve of the last big race in the 2018 UCI WorldTour, Il Lombardia, Alejandro Valverde (Movistar Team) will be wearing for the first time most of the equipment he’s deservedly earned as world road race champion. The Spaniard will be adding to his Endura jersey, first shown at last Sunday’s Movistar Bike Festival and already on the podium of Milano-Torino on Wednesday, a series of brandnew components, led by a white Canyon Ultimate CF SLX covered by the five rainbow colours, as well as details of gold – upper end of the frame – representative of his first place in Innsbruck. 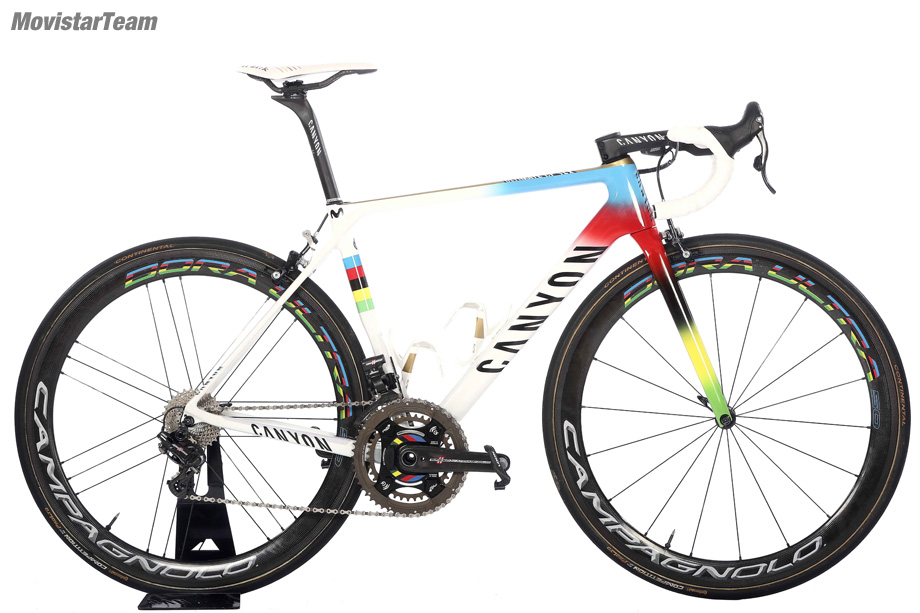 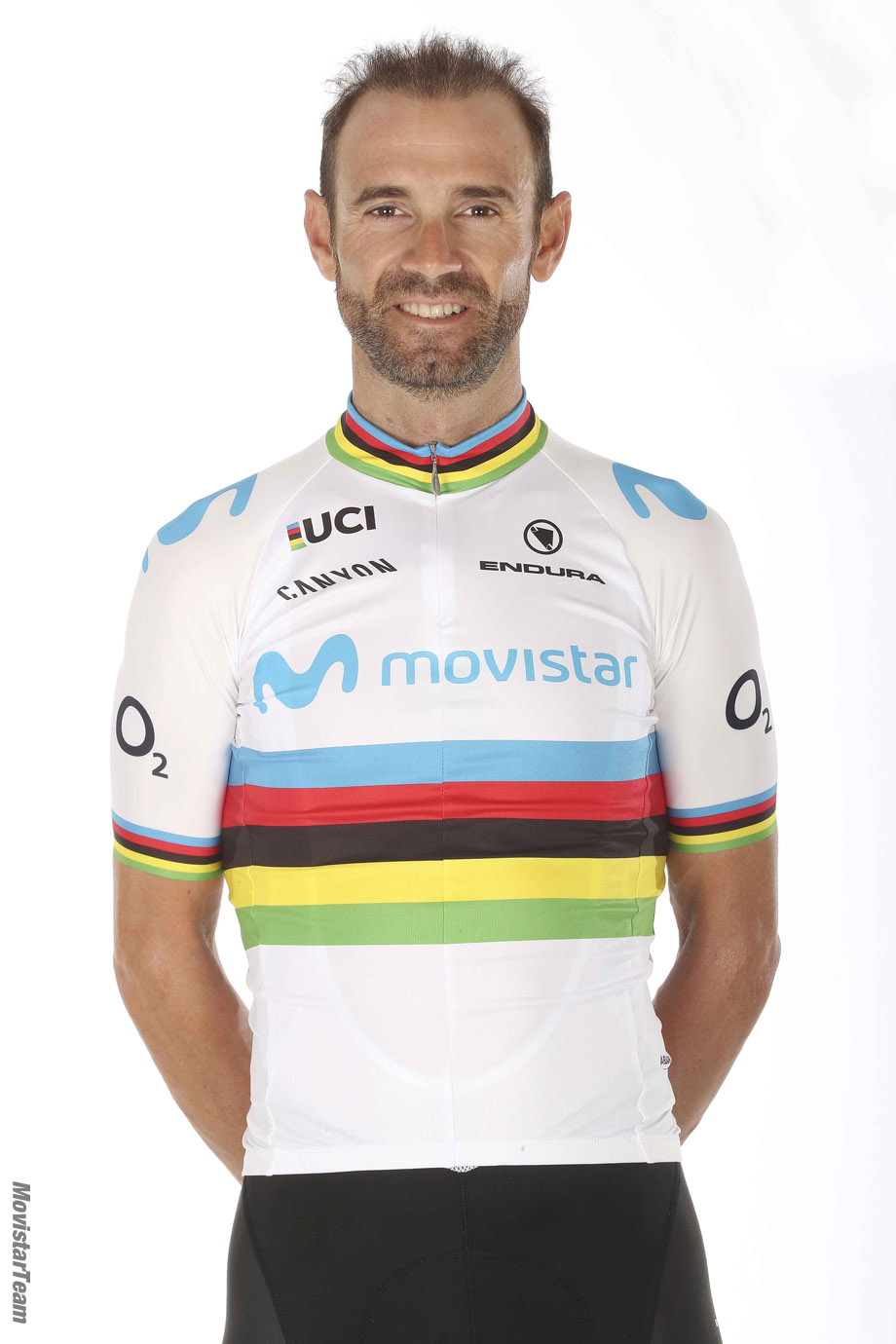 ‘Bala’ will be sitting on a Fizik Antares saddle with rainbow inserts on its sides; a pair of Campagnolo Bora Ultra 50 wheels adorned with Valverde’s new colours; and a new design for his Power2Max power meter with the rainbow bands. In alignment with the new image, the handlebar tape and end caps by Lizard Skins have also turned white, the color Valverde’s bike will be predominantly covered in. 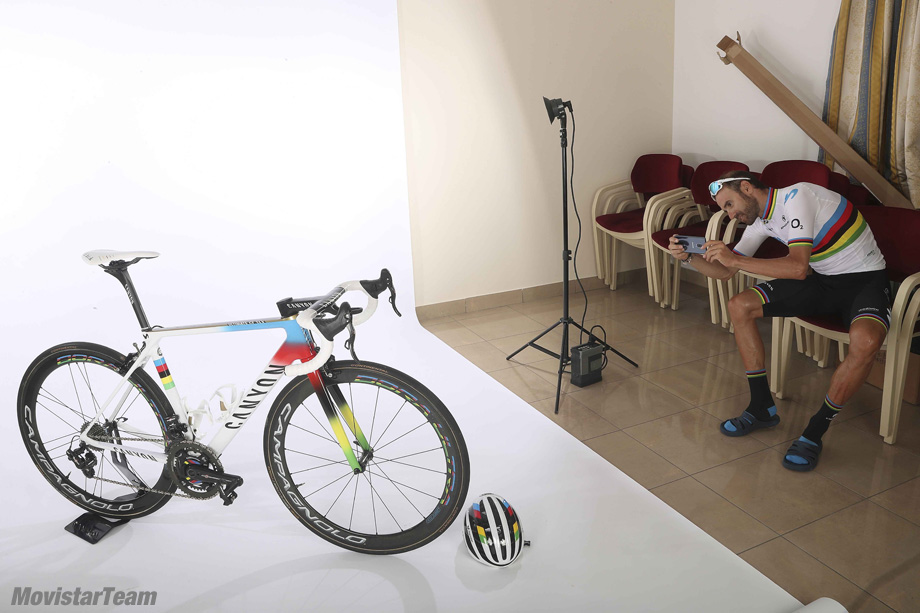 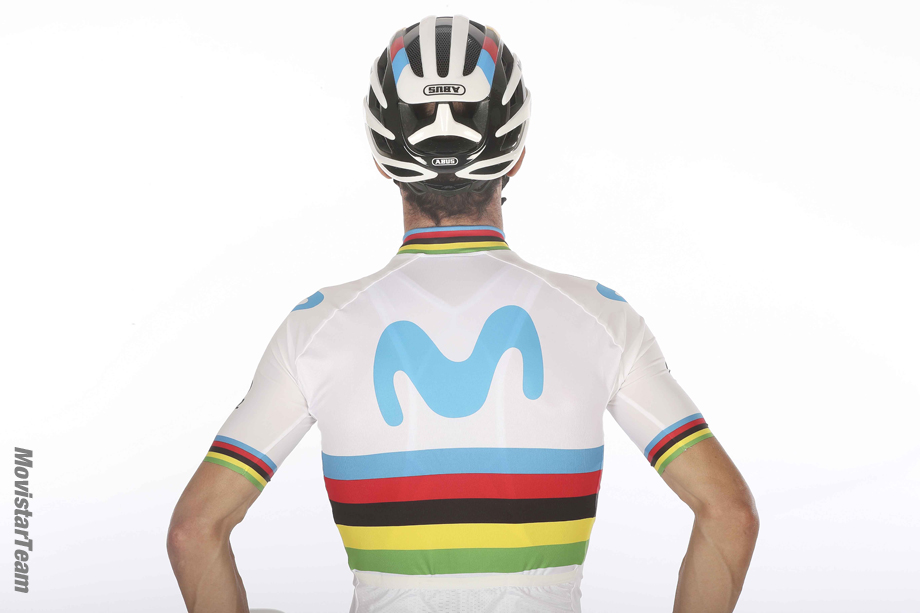 There have been some other new elements added to Alejandro’s equipment for this race, with a special version of the ABUS AirBreaker helmet in white, with the jersey’s five bands covering the sides. Elite has also prepared some white bottle cages, as well as a special casing for its Drivo hometrainer with the rainbow colours. 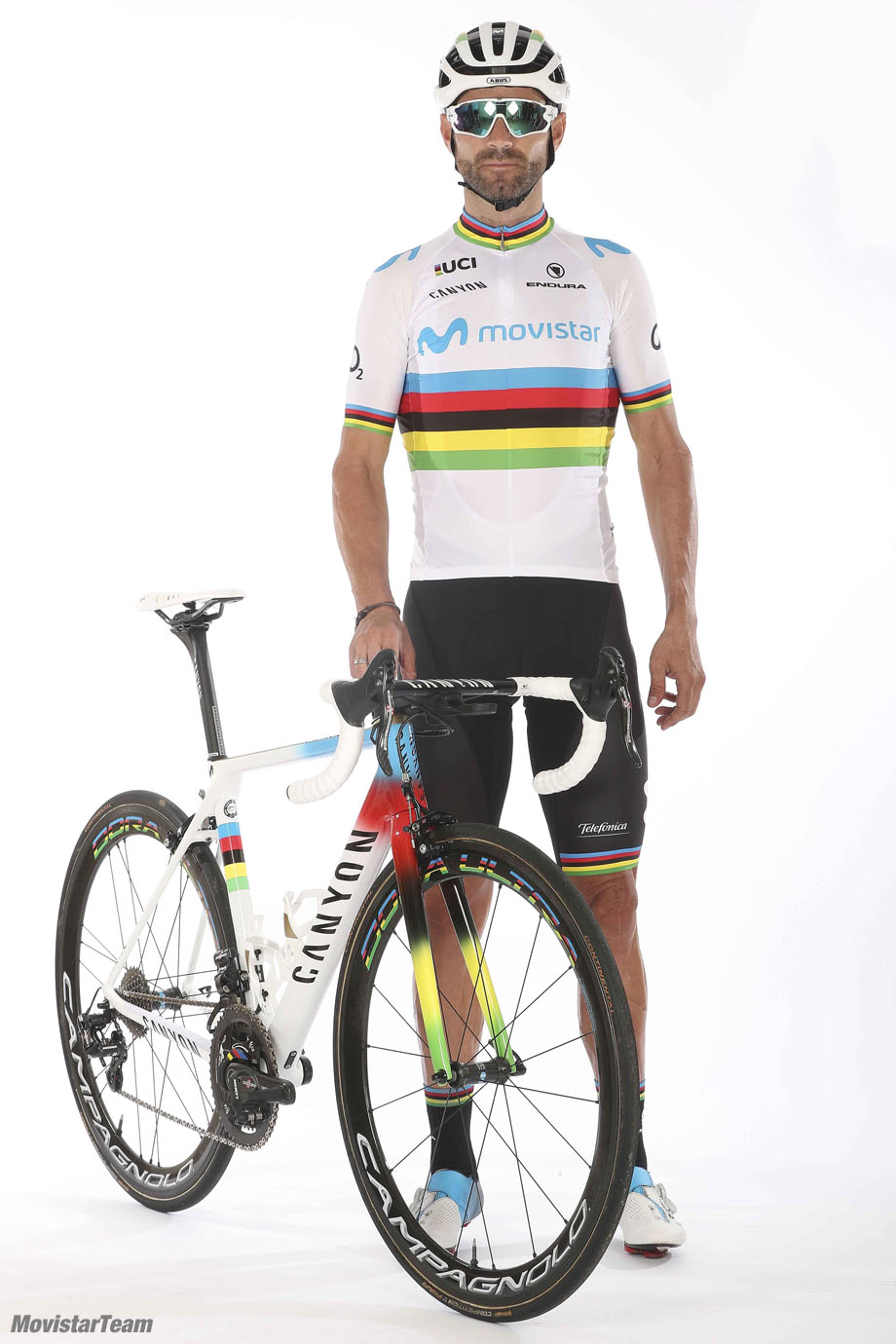 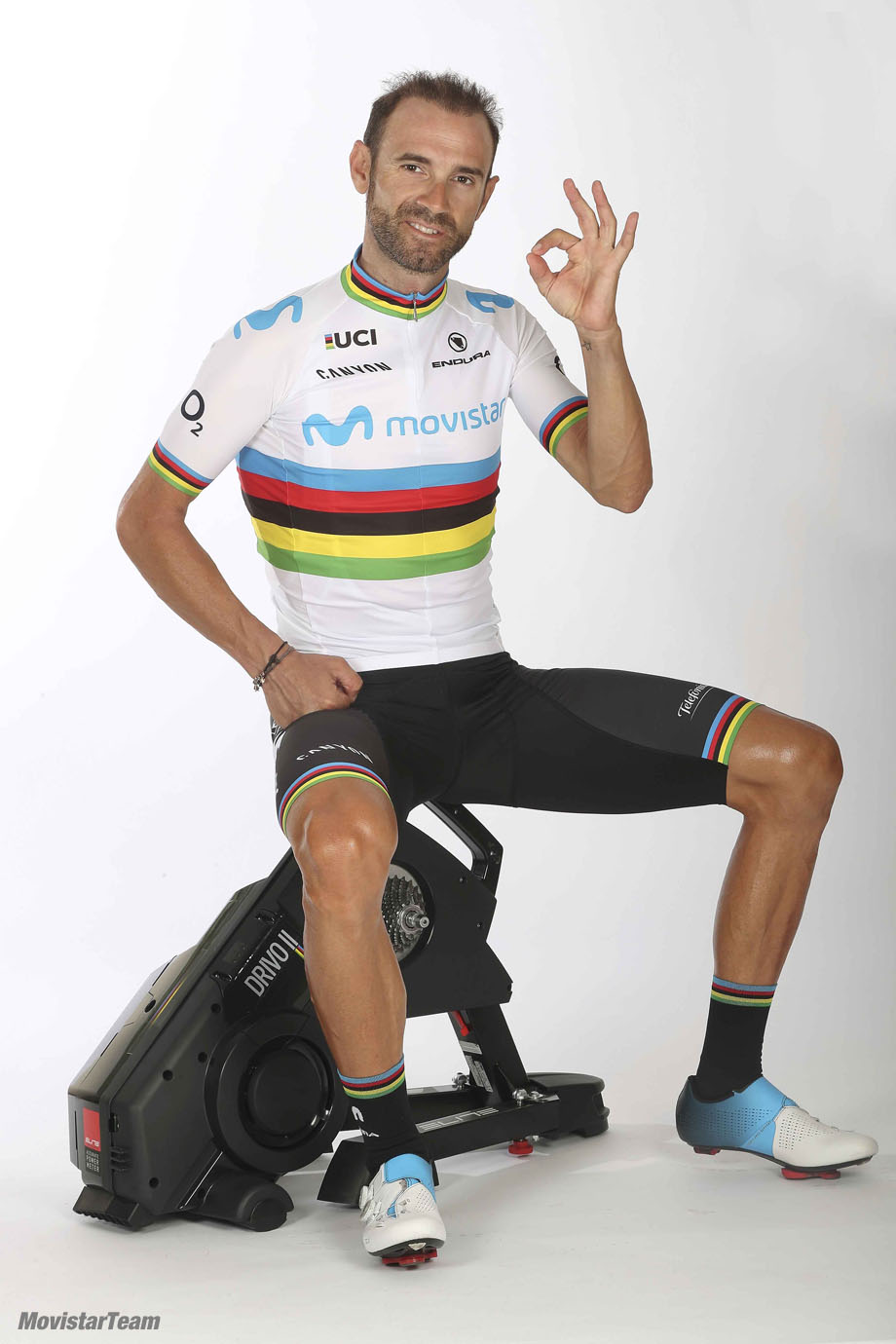 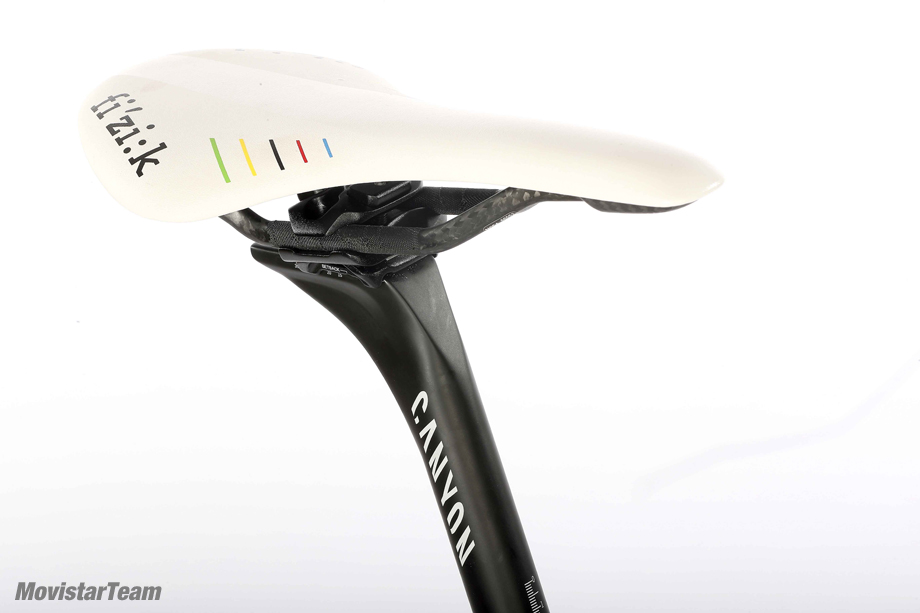 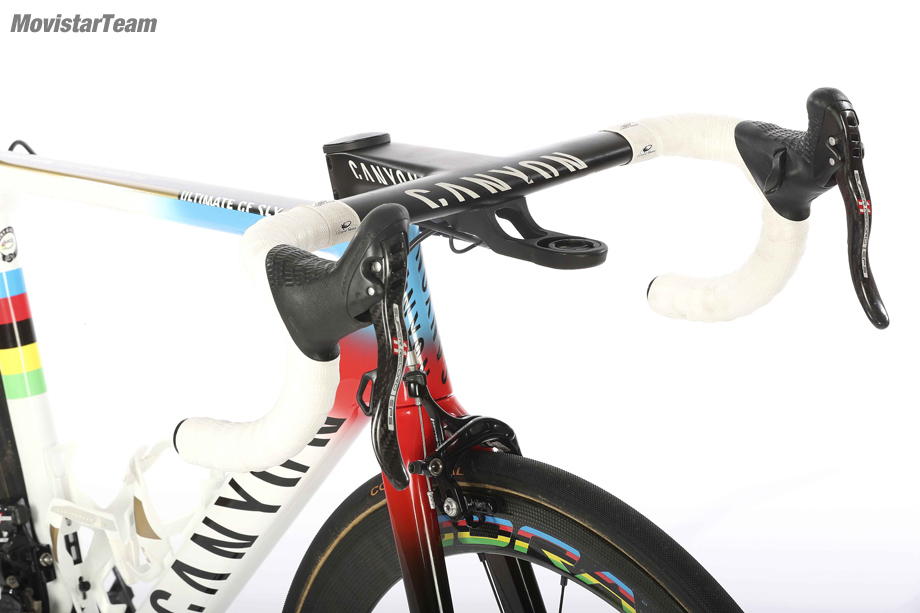 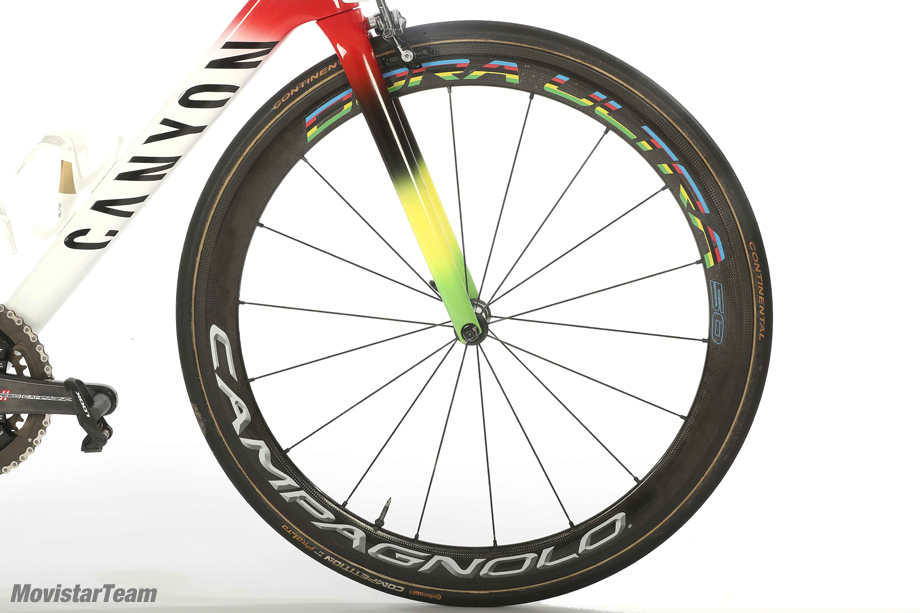 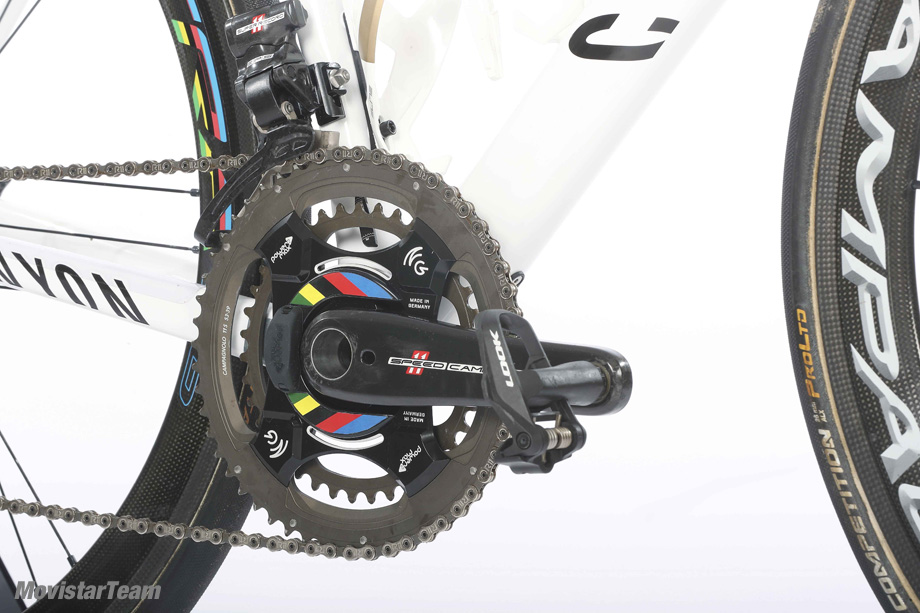 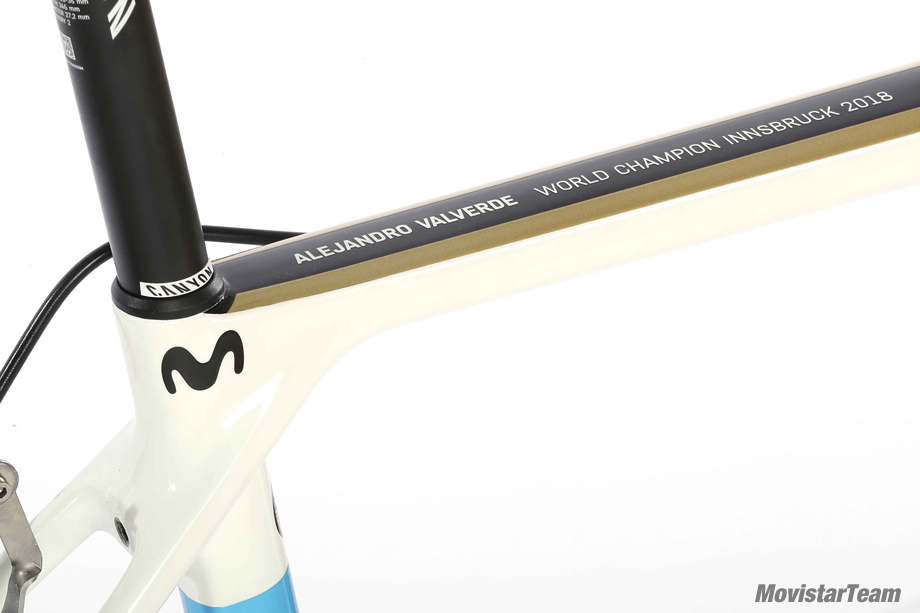 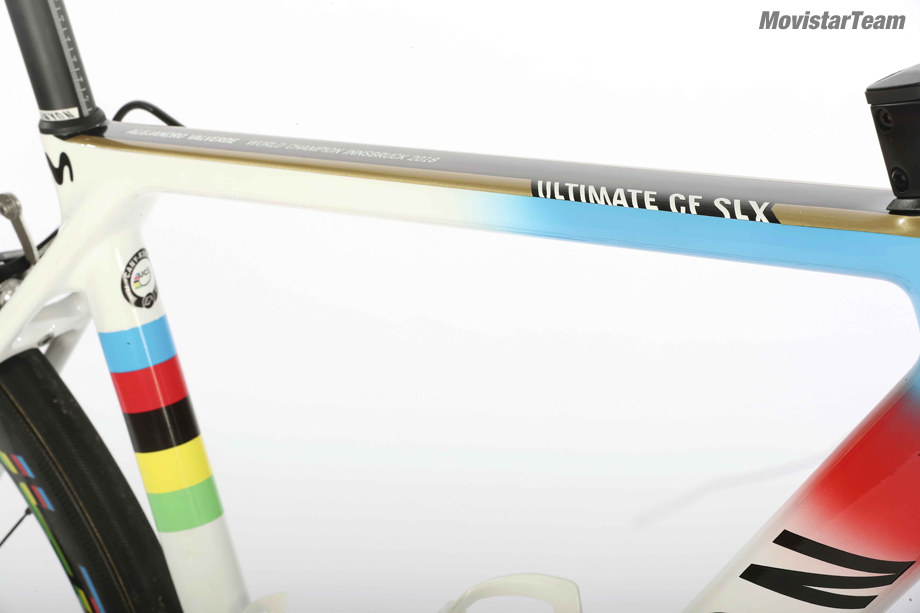 And if you love Canyon bikes and love gravel riding, check out this Canyon Grail gravel bike video on the PEZ Youtube channel, as presented by Erik Zabel at Sea Otter 2018… 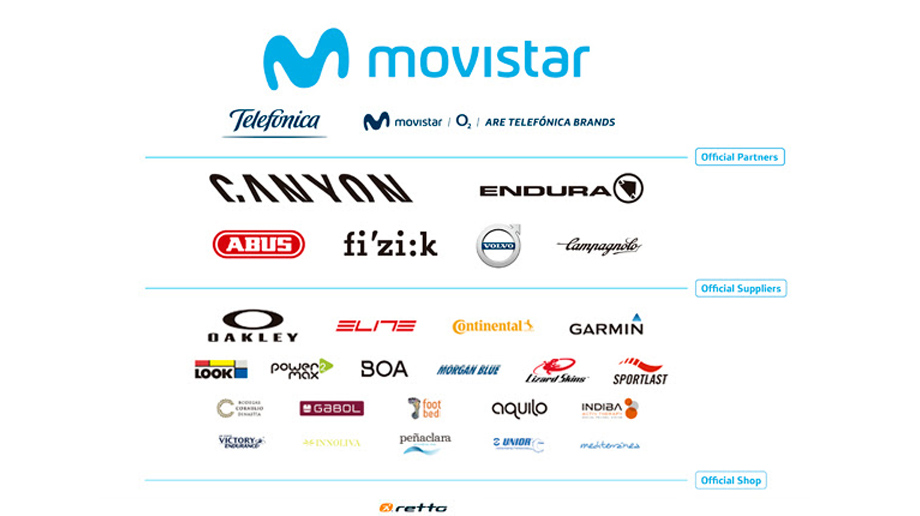