Interview and Photo Gallery: After hearing all about Bill Kund’s rapid rise from young novice cyclist to Olympic rider in the 1960s, we move on to the 1970s and being a professional in Holland. It wasn’t all cycling, there was also a career in the music business and teaching, plus a World championships and rubbing shoulders with the best. 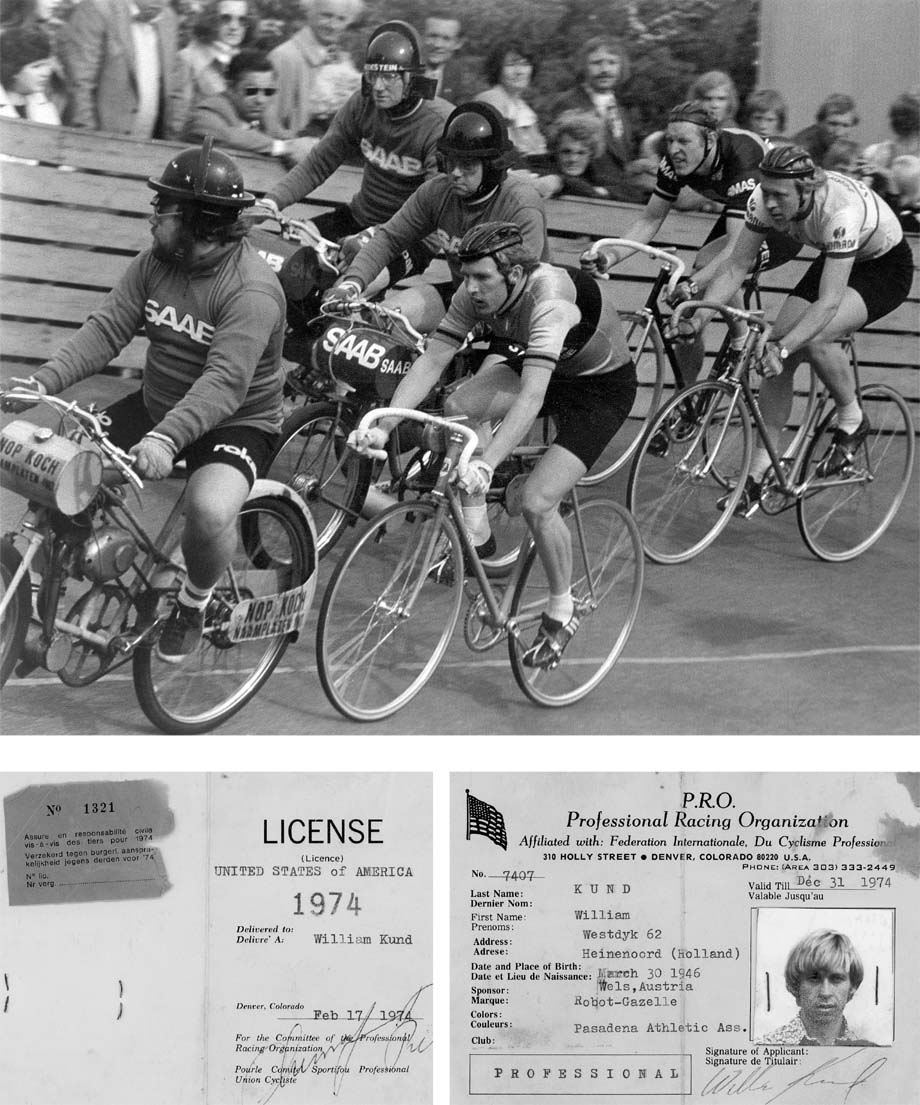 Recently we had United States ’64 Olympics rider and multiple national and state champion, Bill Kund tell us his tale of racing in 60’s USA. Next up we move into the, ‘the decade that taste forgot’ – the 70’s, albeit personally I loved the cars, the music and bike riders. 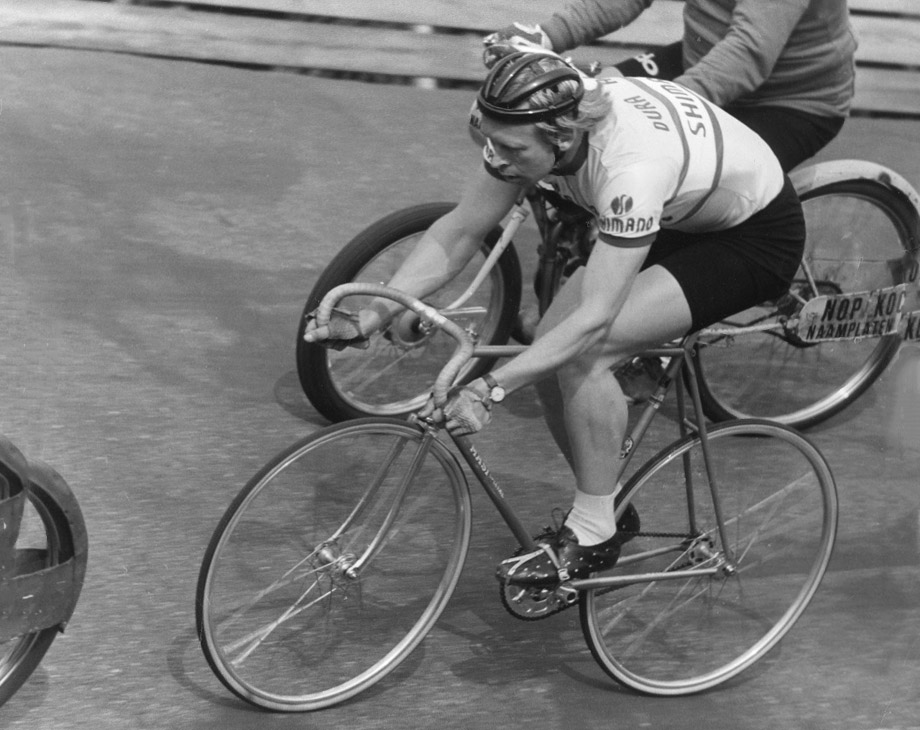 PEZ: Into the 70s Bill…
Bill Kund: By 1970 I had graduated with a teaching degree and started teaching high school German and English. I decided to go to the world championship in Leicester but wanted to get a couple of races against European riders under my belt. One of the people in our cycling federation, a gentleman from Czechoslovakia, knew Jan Heil, the Dutch soigneur, gave me his address and told me to look him up for a place to stay and race a couple of days. 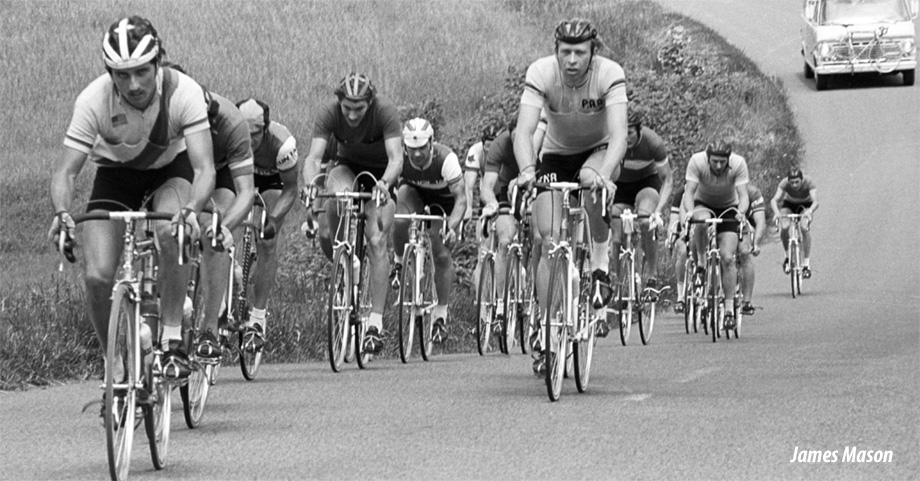 PEZ: And so to The Flatlands?
I flew into Schiphol Airport in Amsterdam, got a locker, put on my cycling kit, put my bike together and headed into the city with Jan’s address in hand. Using a combination of English, German and hand gestures I managed to find my way to Jan’s house. He put me up for a couple of days, introduced me to some good amateurs and gave me the opportunity to ride a club race and a Dutch Criterium which was an experience in itself. I actually had blisters on my hand after the race. I learned to hold my bars differently. 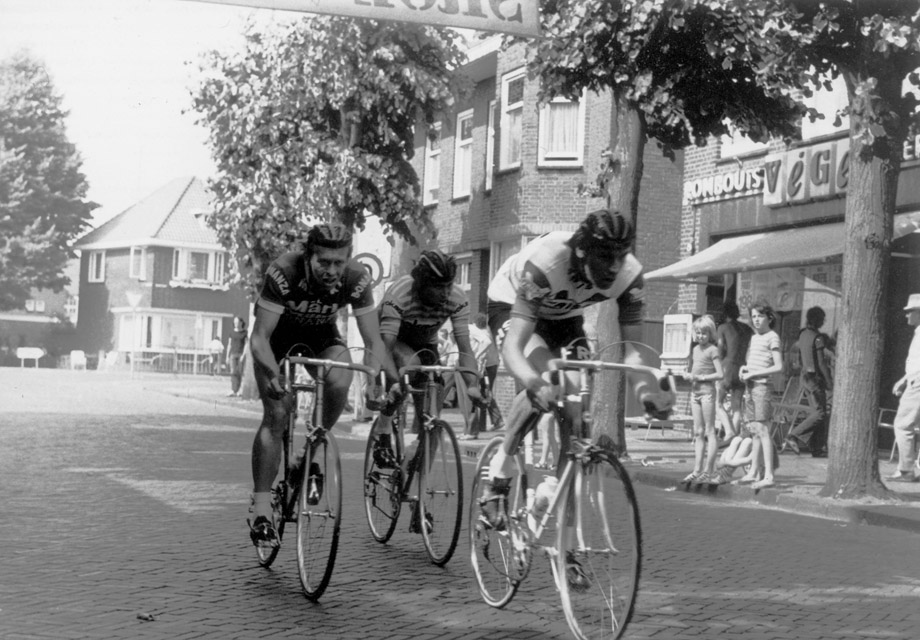 PEZ: The Leicester Worlds?
From The Netherlands I flew across the North Sea and got myself to the University in Leicester, found a sofa for the night and got signed up for the Worlds. We were kind of a rag tag team and I ended up riding the 100 kilometer Team Time Trial. [The US team of Kund, Huetter, Tetzlaff and Howard finished 21st and last @ 19:19 behind the winning foursome from the USSR. ed.] That was also where I met Leen Jansen, the soigneur whom I interviewed during the 1980 Skol Six Day some 10 years later. 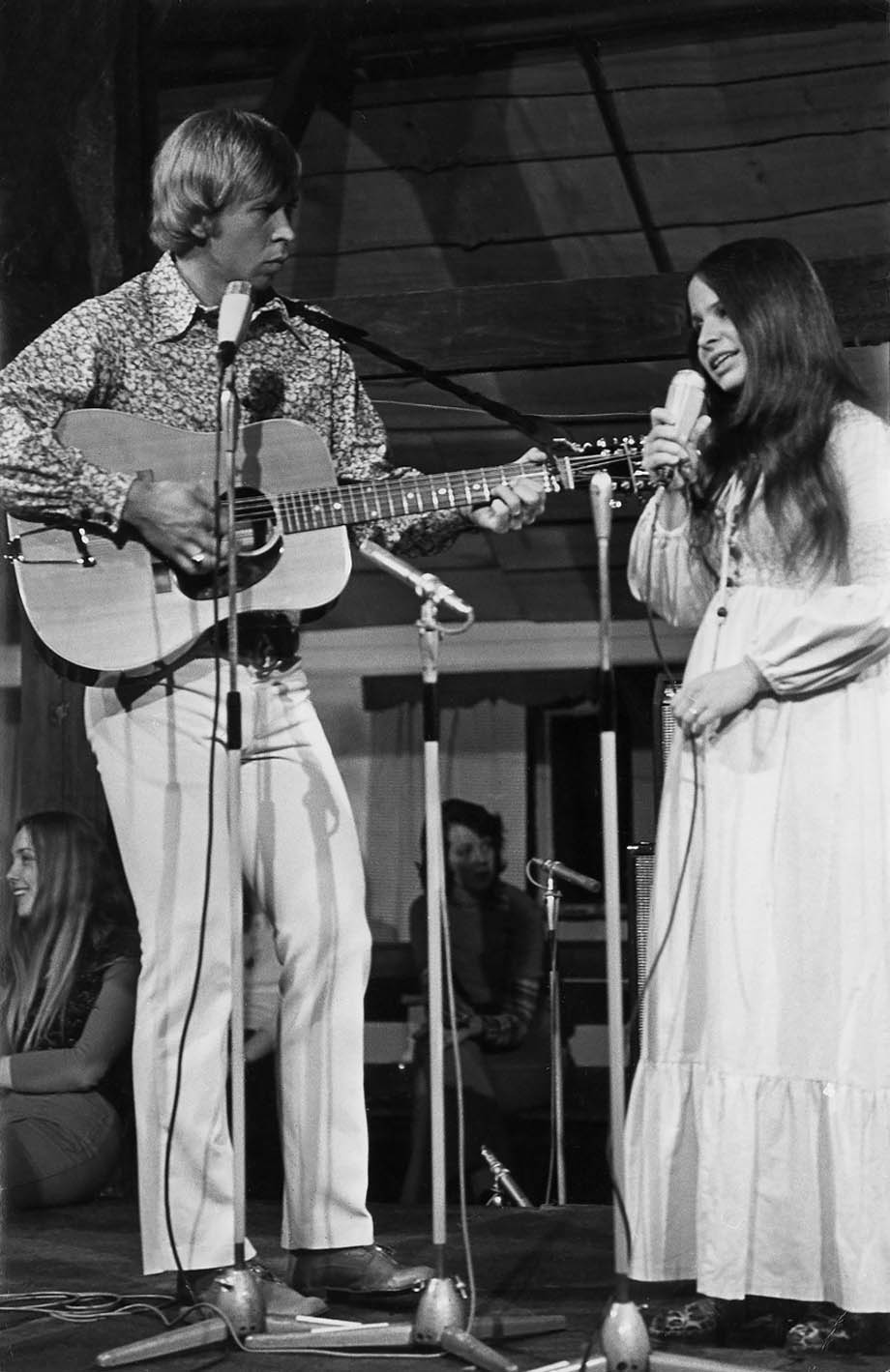 Toward the end of the worlds I ended up with a raging case of the flu. When I got back to the U.S. I entered the National Championship Road Race in Central Park, but was so sick I only rode about half the race. By that time I had become disenchanted with track racing. The racing was fun, but I hated the wait between events at major track meetings. I had more time to train for the road now, since I had a full time teaching job, instead of having to work part time jobs and study full time. Then I got married. My wife and I had got into playing music and we were doing folk music gigs at a pizza joint in the San Fernando Valley. 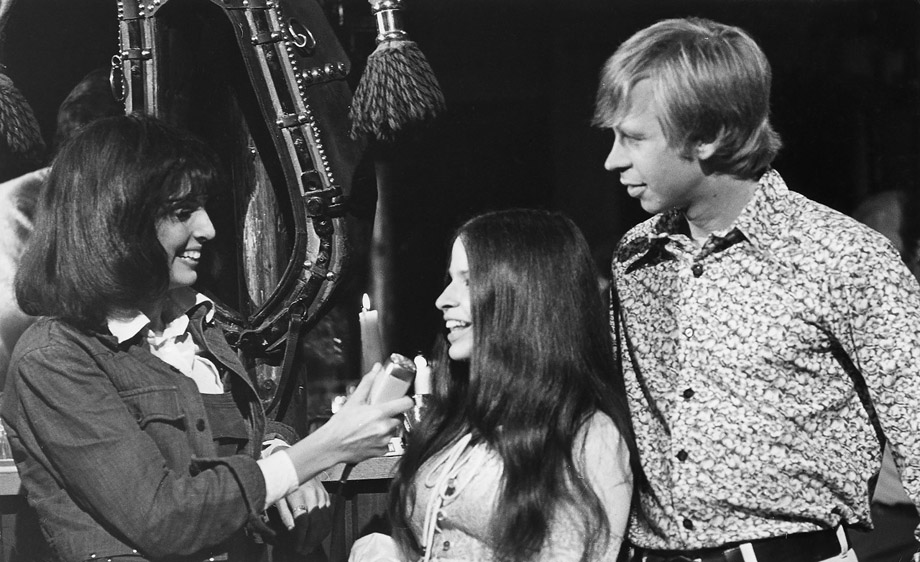 PEZ: Back across the water?
In 1971, I met Charles Ruys at the Encino Velodrome. I told him I wanted to go to Europe to race with the amateurs for a summer. Charley introduced me to Marvin and Truus Smart [Marvin featured in our pages recently, ed.] who hosted my wife and me for a summer’s worth of racing. Marvin helped me navigate the Wielersport publication which listed forthcoming races, helped me buy a car for the summer, got me started riding and helped me get started speaking Dutch. At the time Marvin was living in Heinenoord in the Hoeksche Waard, probably the most ideal place for cyclists in the South of Holland to train. 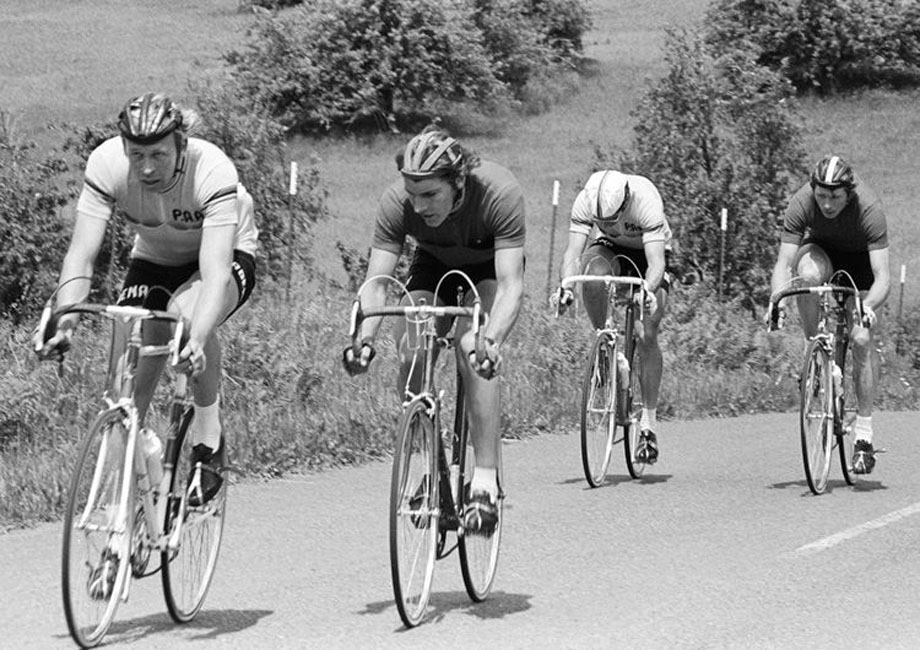 One day I went to Harry Harmann’s bicycle shop and ran into a guy in mechanics overalls who spoke English well. We had a nice conversation and I asked him if he raced as well. He told me he raced a little. When he left Harry said that was Eef Dolman you were speaking to. I felt like a complete idiot. [The late Evert ‘Eef’ Dolman was in the Dutch squad which won the 100 kilometer TTT at the 1964 Tokyo Olympics, was World Amateur Road Race Champion in 1966, Dutch Professional Champion in 1968 and in 1971 won the Tour of Flanders. ed.] Eef and his wife Sisi ended up becoming close friends throughout my stay in the Netherlands. I started out doing pretty well in the races initially but it was much harder racing than I was used to. I got a couple of top 10 finishes early on and then went through a rash of punctures. I think I punctured out of 10 races in a row. Nobody could figure out what the problem was. I tried different tires. Eef gave me a couple of tires from his supply, but no luck. Several weeks into our stay in The Netherlands I woke up with my eyes glued shut. I was allergic to something.
Whatever it was just sapped my energy. It was an intermittent issue which sadly would plague me throughout my racing in the Netherlands. I went to a couple of doctors who wanted to give me steroid injections but I didn’t want rely on drugs to help me ride. 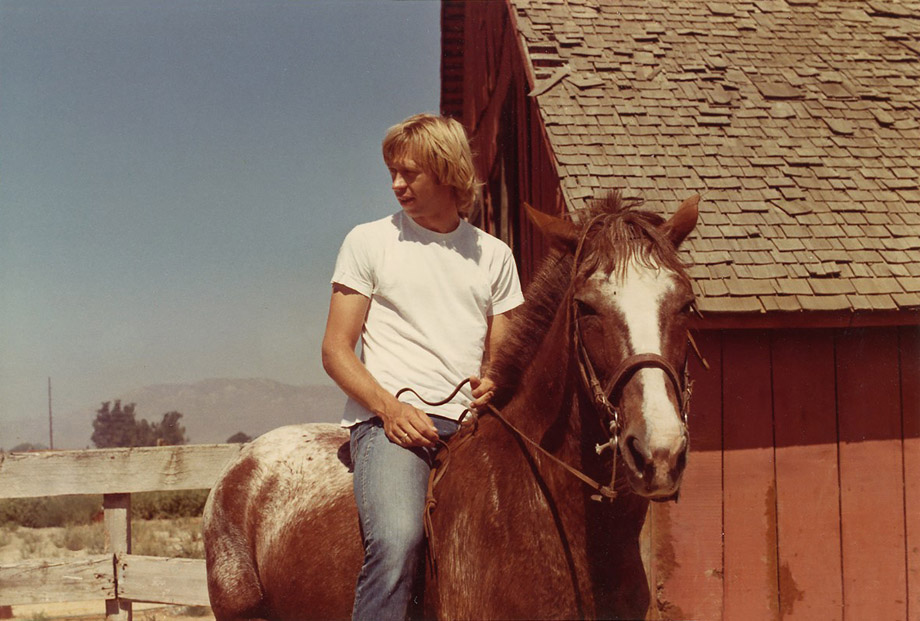 PEZ: You chose The Flatlands over Olympic selection in ’72?
I started the 1972 season in California again. I was on the selection list for the Olympics but let it be known that I planned to move to The Netherlands and turn pro. Prior to leaving the States I ordered a pair of bicycles from Masi and drove to Milan to pick them up on arrival. We decided to live in the Hoeksche Waard, an island of reclaimed land, south of Rotterdam. We were pretty naive thinking we could just move to another country and stay. We were, in fact illegal aliens. We had begun playing music at this time and had a couple of connections to try to round up music gigs. 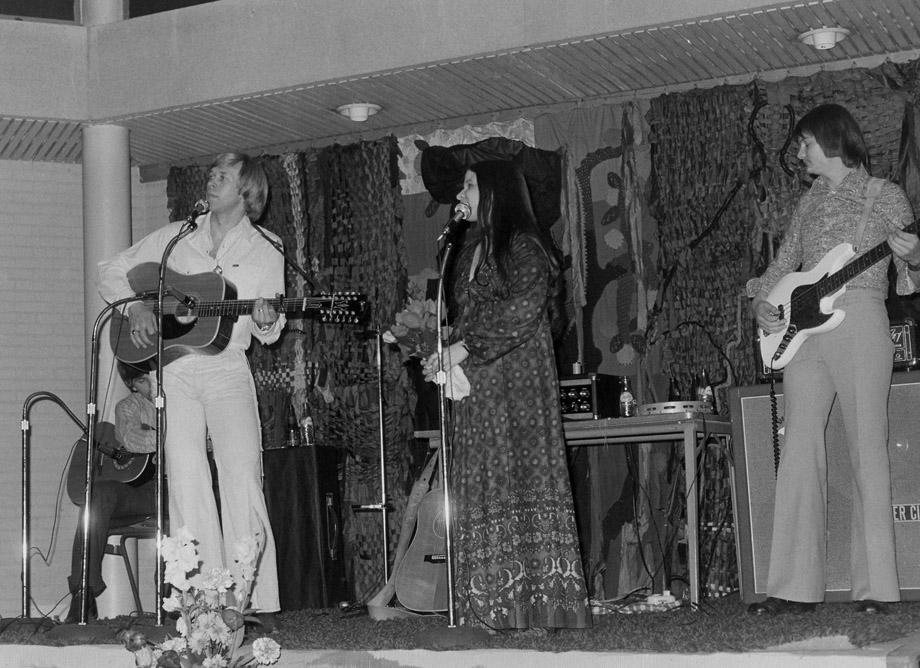 We also went around to the American School of Rotterdam and the American School of The Hague to see about substitute teaching jobs. This helped us get work permits. Through all this I was trying to race, too. As the end of summer approached finances were getting very thin. We hadn’t yet resigned from our teaching jobs, so we thought we could always move back home if things really fell apart. We were close to making that phone call when we got a television gig with a Dutch country music station. We decided to stay. The winter was rough. Our landlord was a farmer and told us we could have all the potatoes we wanted from the fields. I started getting substitute teaching jobs at the American School of The Hague. 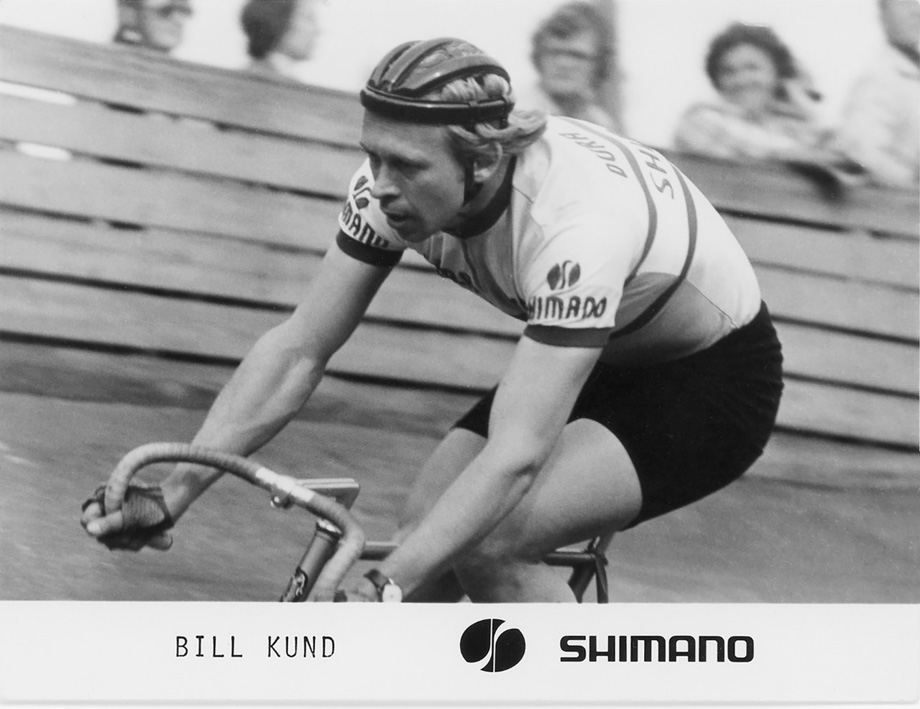 We were so broke the principal’s secretary would send us a check to buy gasoline to drive the car to The Hague. As the next season approached I got a try out with a Märki Möbel a Swiss Team sponsored by a furniture manufacturer. [Mobel Marki were sponsors of Swiss six day star Bruno Risi from 1998 through to 2006, ed.] Two Belgians and I tried out but nothing came of it but I did get to keep the jersey. My wife, who was a Spanish teacher, and I started getting regular substituting jobs and more music gigs. Now I was racing with the big guys in The Netherlands and Belgium. Tim Mountford, who was living in Rotterdam, and I would run into each other at races. 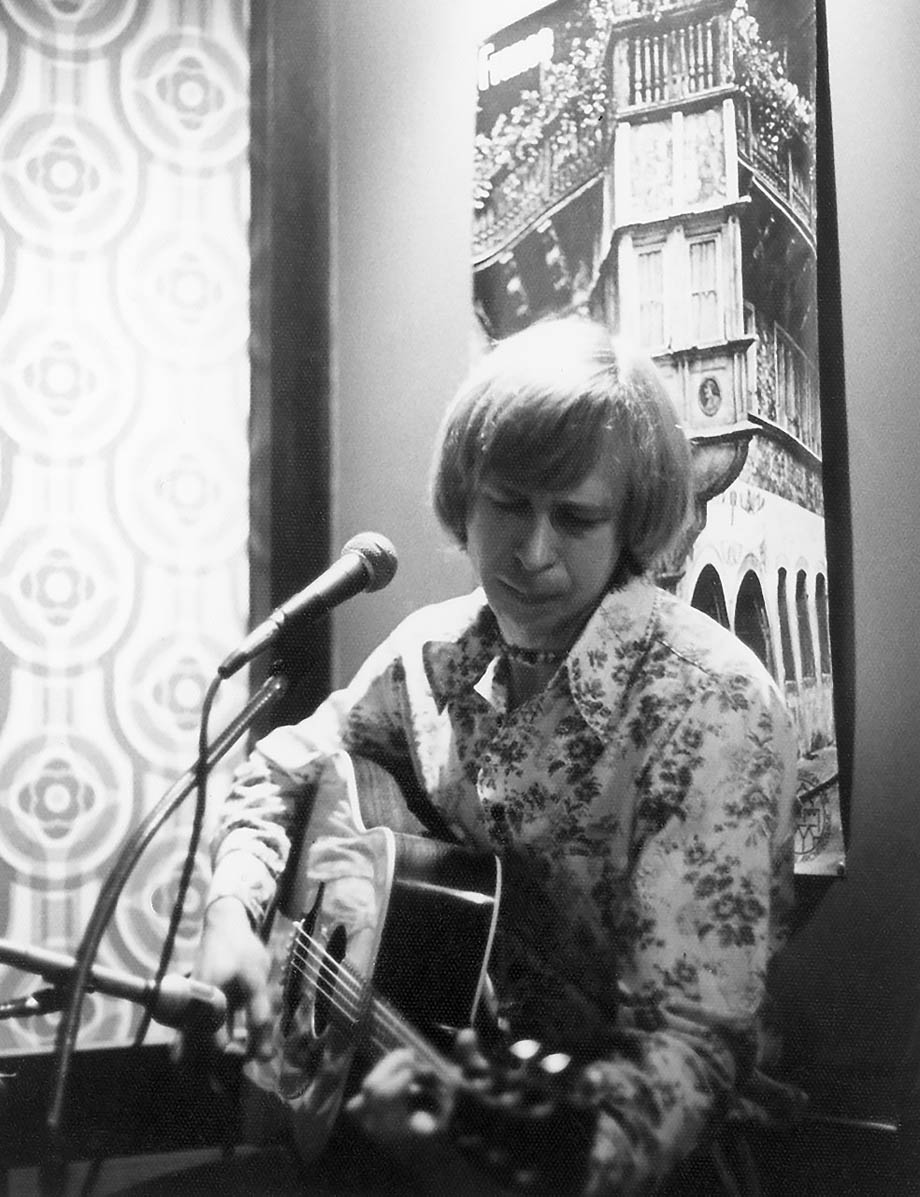 PEZ: And despite the hassle, you stuck it out for several years?
In time I ended up with a full time teaching job at the American School of Rotterdam and my wife got a part time job there. Similar to what I was doing in California before we moved to The Netherlands, I trained after school during the week and raced on weekends. Once the school year was over for the year I was able to race during the week too. I ended up forming a close friendship with both Eef Dolman and Cees Van Der Meijden who rode for Frisol and lived in Puttershoek about a 15 minute bike ride from my house. We either trained together or drove to races together virtually every day. We did a lot of philosophizing during our rides. Cees and his wife have remained close friends. We have visited each other and stay in touch via the mail and Facebook. I always insist on speaking Dutch with him to keep up my skills. I also had a close friendship with Eef and Sisi Dolman, as well, until Eef passed away about 20 years ago. During my final season I managed to get hooked up with Robot, but there was never a cohesive team. I got a bike and some shorts and a jersey, for which I was very thankful, but we never rode as a team. Unfortunately, whatever allergies were bothering me the previous summer cropped back up again. One day I’d be going fine, the next my lower back would get so stiff I wasn’t able to ride. I never knew what was going to happen until I actually got into a race. That, coupled with being in a classroom full of snotty nosed kids with my resistance down from training and racing meant I was sick virtually all the time. After three years of that I’d had enough. 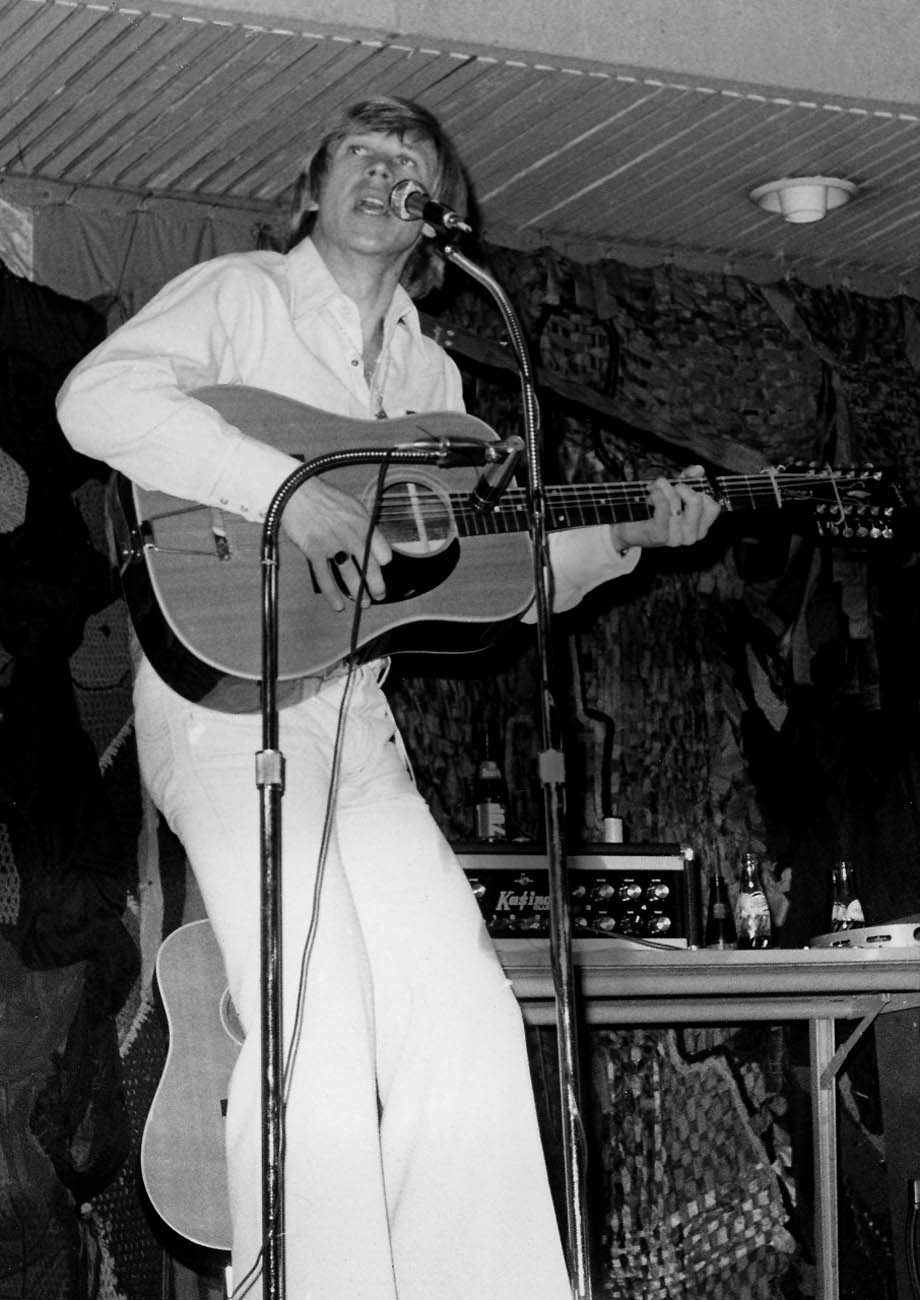 PEZ: With hindsight?
In hindsight, I think I was overly optimistic to think I could break into the pro racing scene with the financial struggles I had. I was able to do that throughout my racing career in the States but riding against Eddy and the boys was a whole different level. Maybe if I had had coaching, medical care and financial backing to be able to ride full time things might have turned out differently. I’m glad I made the effort, though. I made many friends and had many interesting experiences. . . 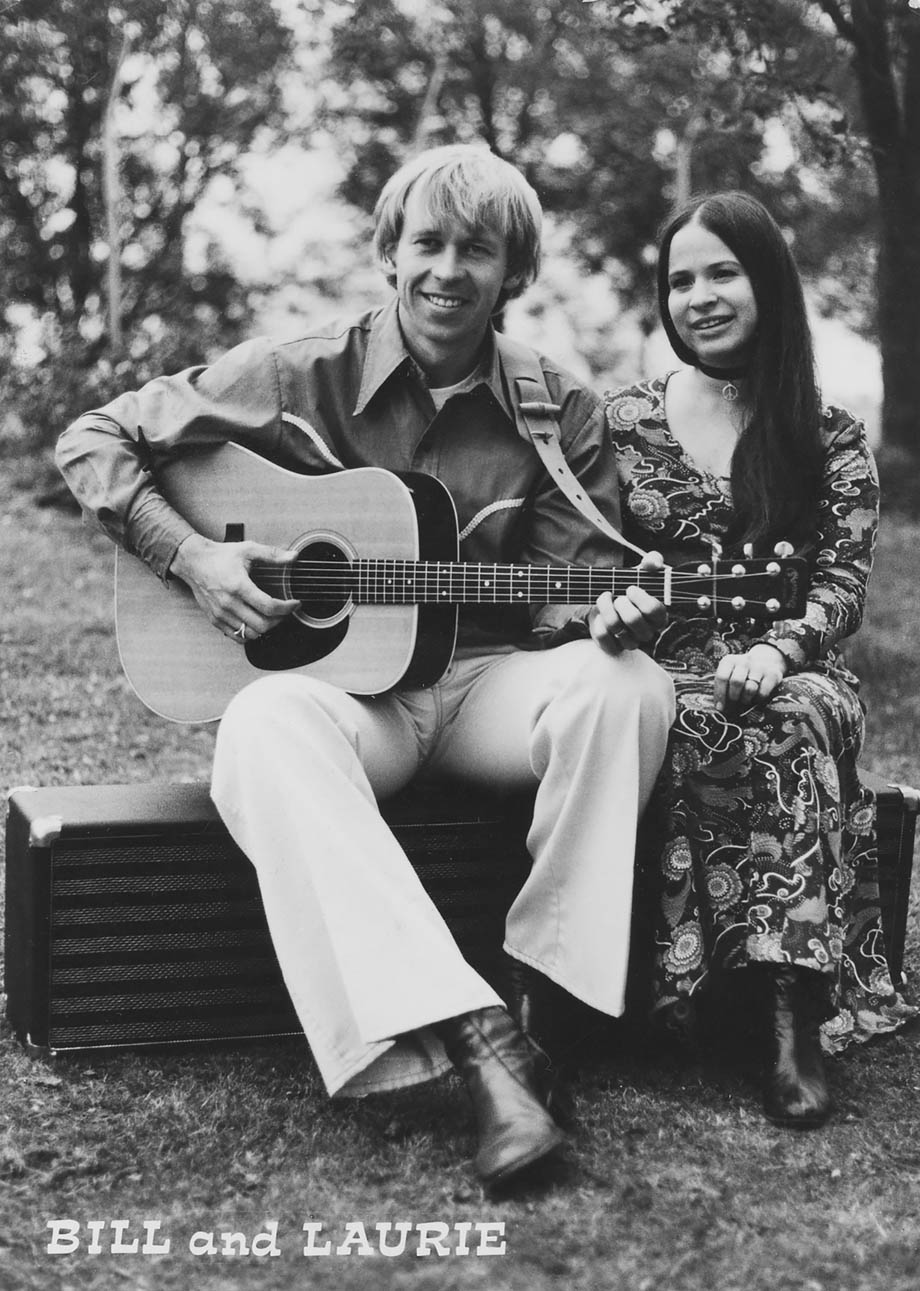 # With thanks to Bill for sharing his memories and photo collection with us. #