PeloPics: With only a week to go until the World cyclocross championships in Valkenburg, Mathieu van der Poel stamped his authority on the Telenet UCI World Cup event in Hoogerheide and put himself in the top favorite spot for the ‘cross rainbow jersey. 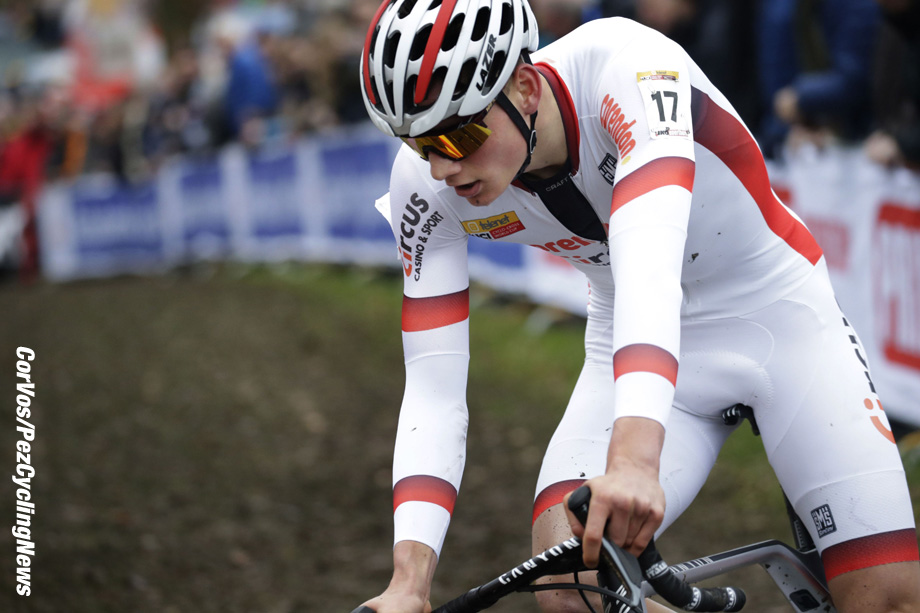 Van der Poel won the final event of the cross World Cup, named after his father, the GP Adrie van der Poel, in Hoogerheide (Netherlands) on Sunday. The World Cup was already his as the Corendon-Circus rider could not be beaten. World champion Wout Van Aert (Crelan-Charles) was second yet again, but did make up time on Van der Poel after a slow start. Michael Vanthourenhout (Marlux-Bingoal) was third at 1:41. 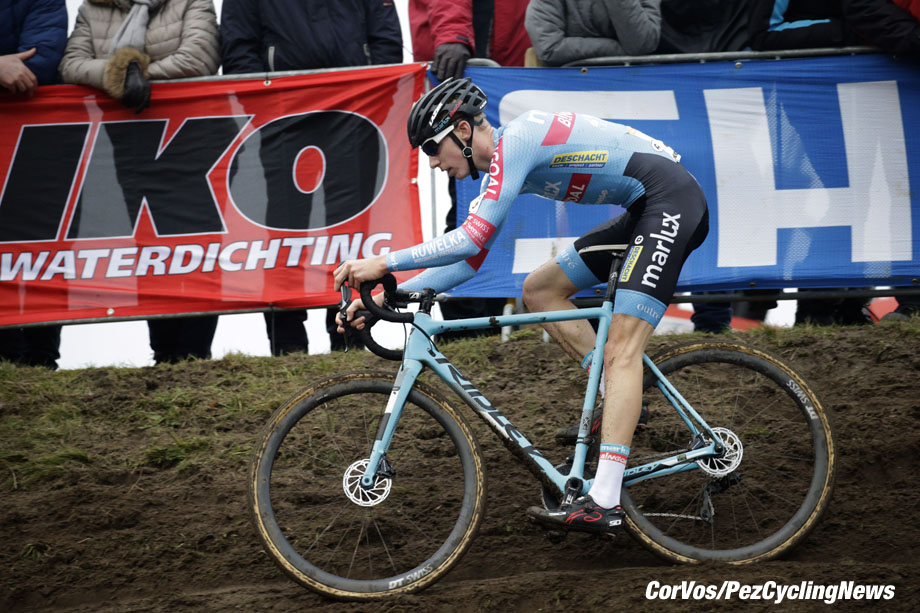 Van der Poel went into the lead from the start and the race was as good as over. The World champion, Wout Van Aert, did make up some time as the race proceeded, to finish at 8 seconds. A good sign for a Worlds defense? The battle for third was close fought between Michael Vanthourenhout and Laurens Sweeck with the Marlux rider taking the last podium spot by 17 seconds. 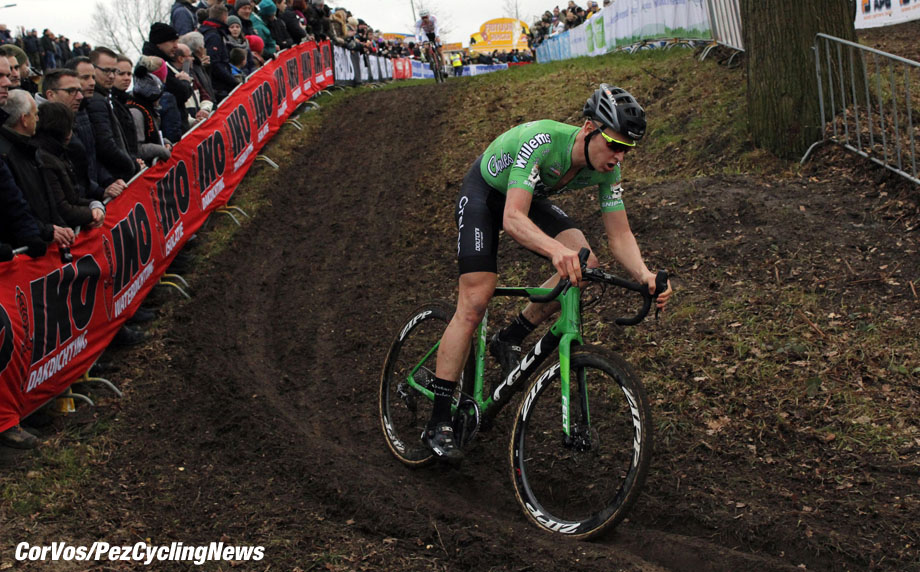 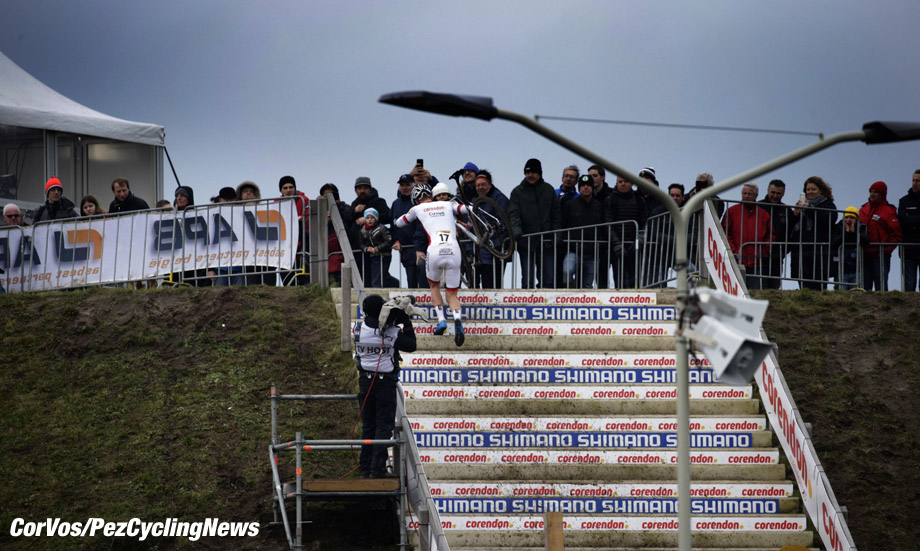 The stair climb was no problem for Van der Poel 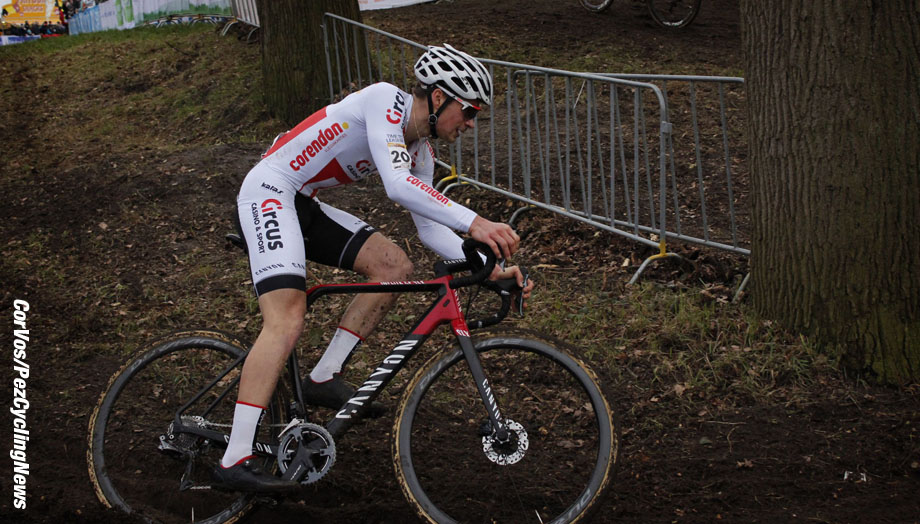 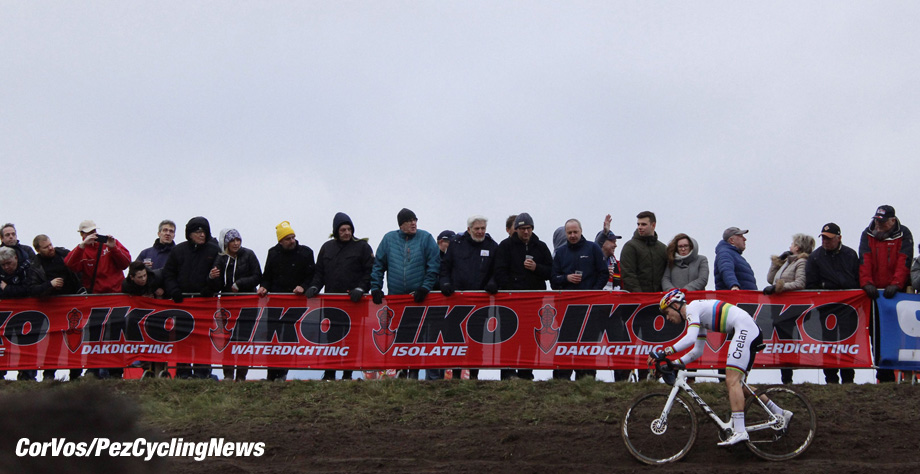 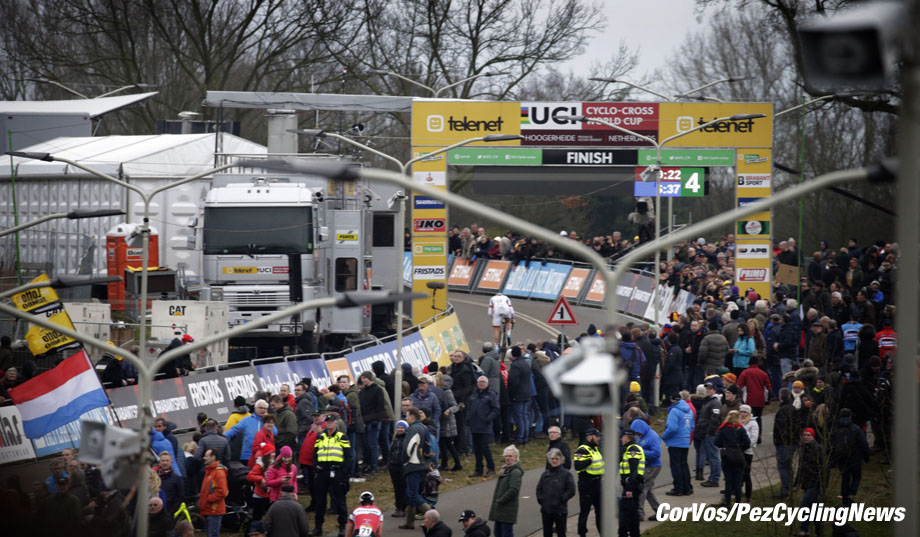 Another solo from Van der Poel pleased the fans 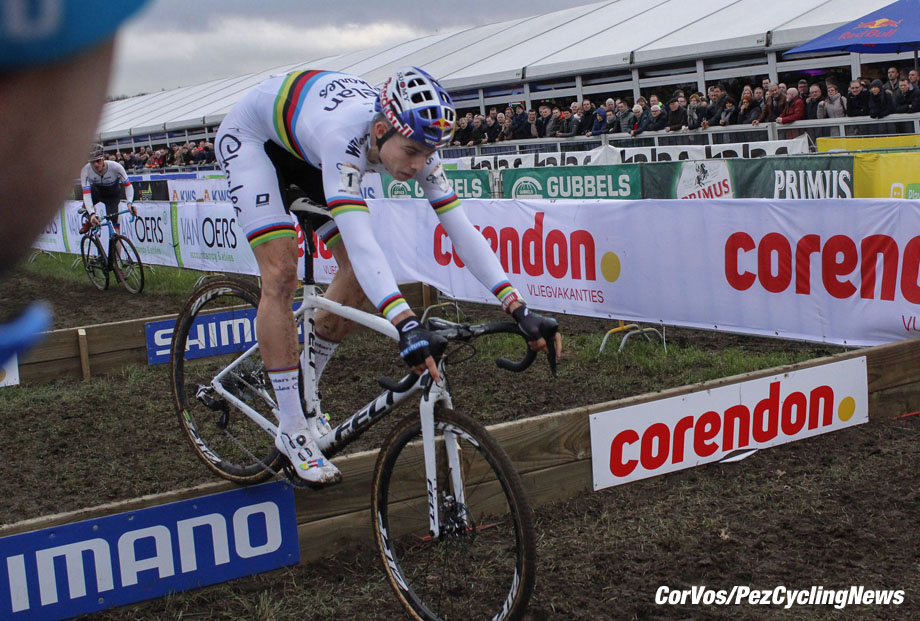 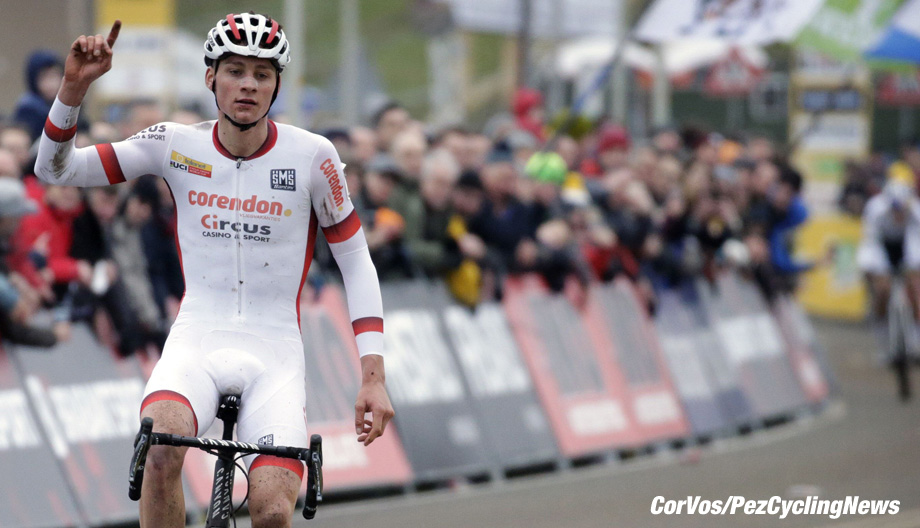 Another win for Van der Poel – World champion in Valkenburg? 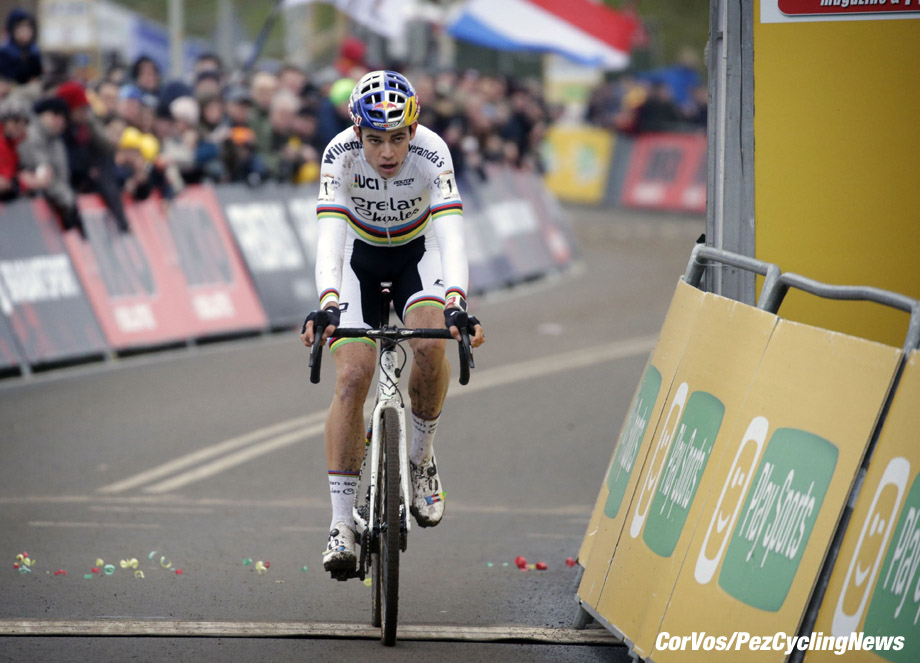 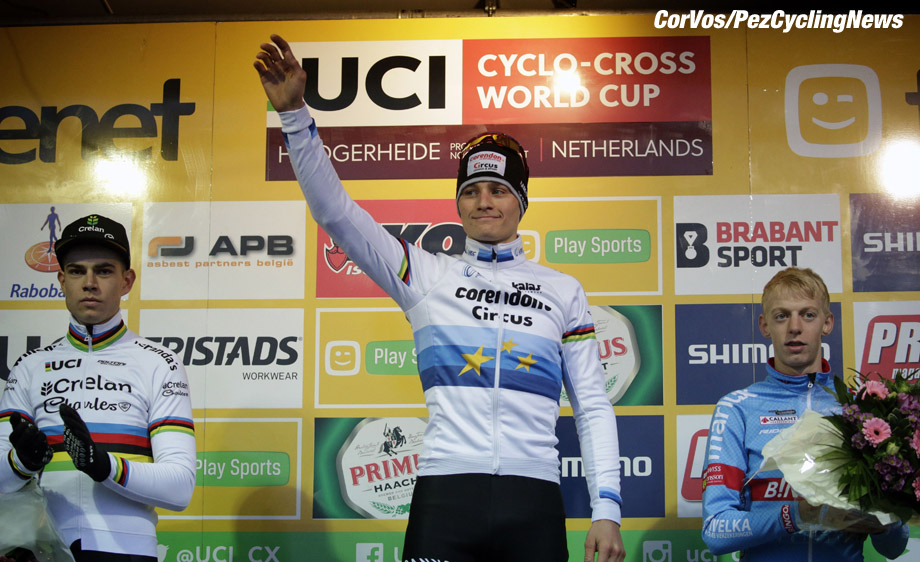