PeloPics: Stage 2 of the AMGEN Tour of California from Rancho Cordova to South Lake Tahoe saw EF Education First put Tejay van Garderen into the overall lead. Deceuninck – Quick-Step’s Kasper Asgreen was off the front for most of the day and took the stage win. Darrell Parks sent us his top photos from California.

More top pics from Darrell to come this week, have a look at Darrell’s website HERE and Stage 1 HERE. 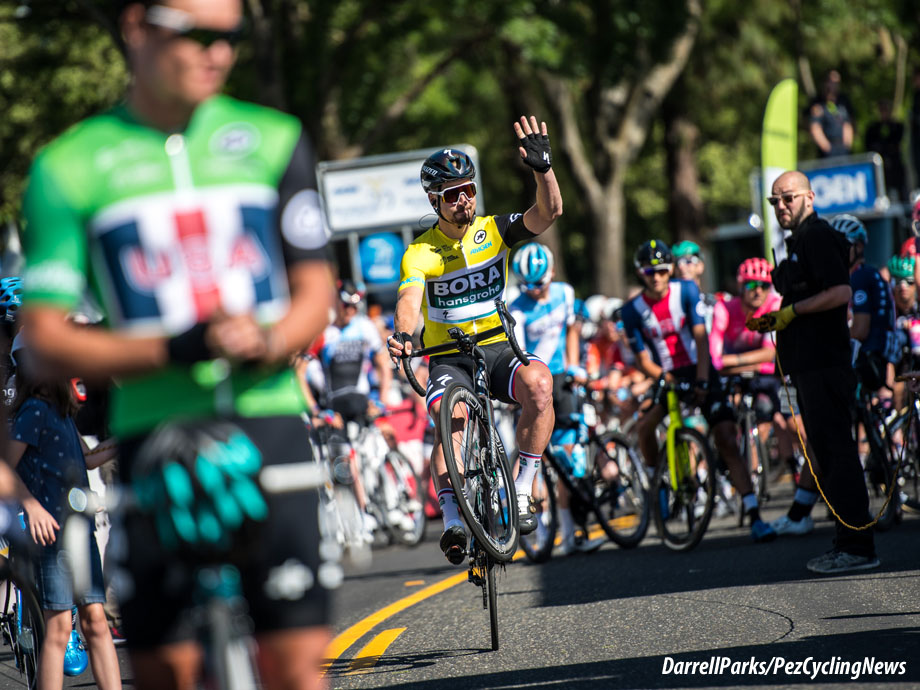 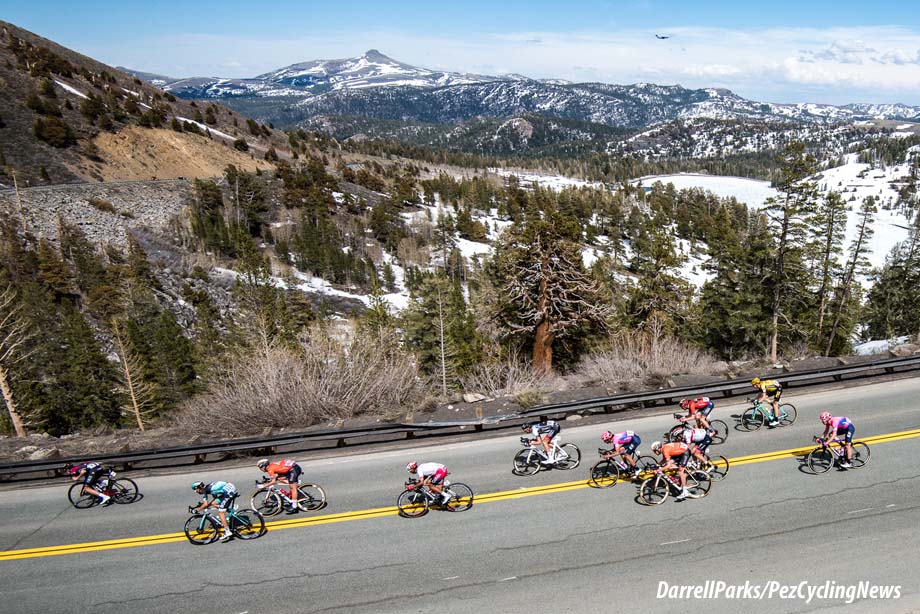 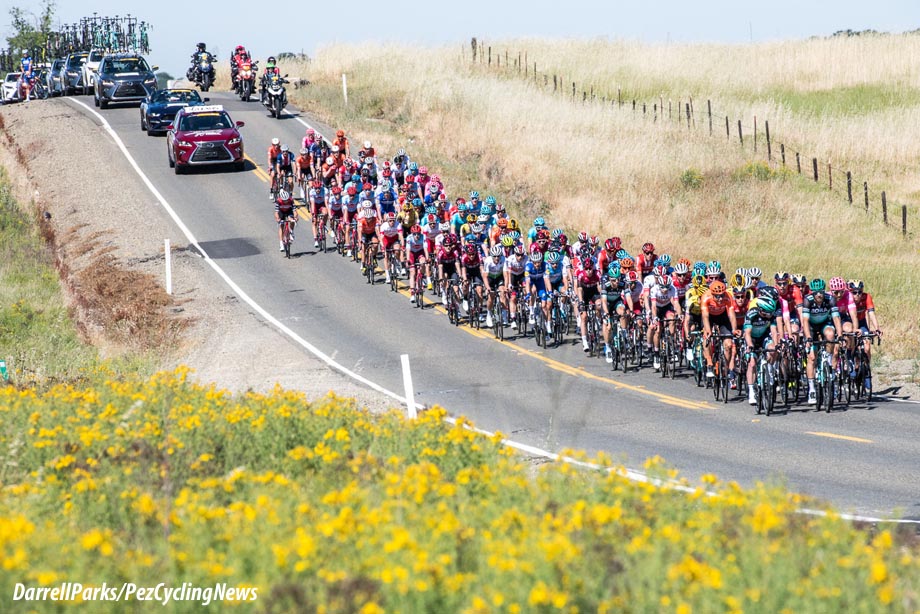 Van Garderen now leads the race by six seconds after battling three other riders up the final climb including Deceuninck – Quick-Step’s Kasper Asgreen (DEN), who rode in three breakaways today, and ultimately surged ahead in the final meters to his first WorldTour stage win following a 2nd place finish in the Tour of Flanders this spring. Team Ineos’ Gianni Moscon (ITA), who was a factor on the hills in the latter part of the day, finished third for the stage. 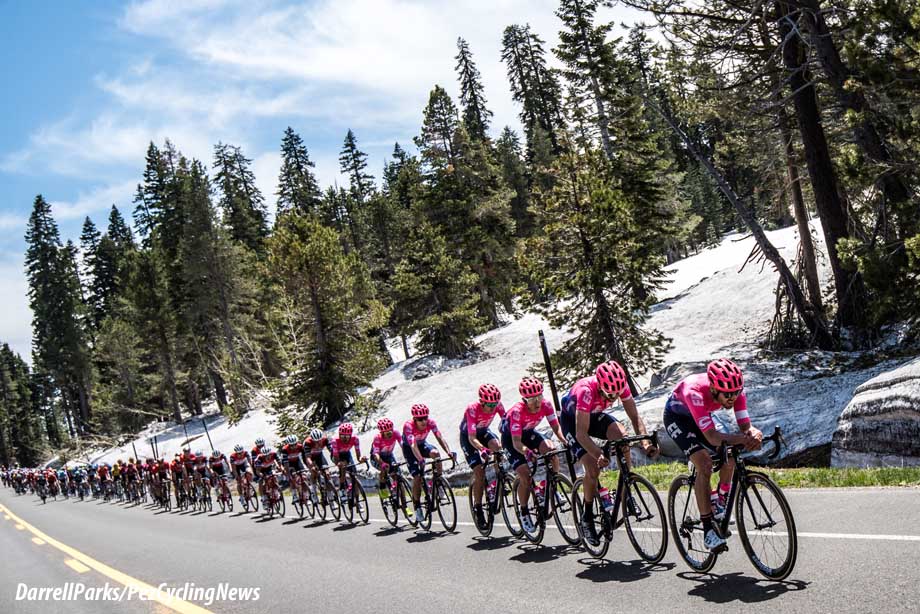 “I’m super satisfied. It would have been nice to get the stage victory – I gave it a few digs and sprinted hard in the end but came up second, but I was actually surprised to get the jersey…it’s always an honor to be in yellow in the home country,” said van Garderen, who placed second in last year’s Amgen Tour of California and holds the 2013 championship.

Stage 2 presented by Visit California was the second longest day of the race at 133.3 miles, and the first day of climbing complete with 14,500 feet of elevation gain including the final upward slope to the finish at Heavenly Ski Resort.

With a little more than 50 miles to ride, EF Education First took over at the front of the peloton on the longest uphill stretch of the day and very quickly reeled back an early breakaway. Its climber Lachlan Morton (AUS), the 2017 Amgen Tour of California Best Young Rider, made a solo jump out of the pack at just over 40 miles to go, followed by a peloton split that saw many GC contenders and Sagan, who began the day in the yellow race leader jersey, fall to the secondary group.

A chase group of 14 – which contained BAHRAIN – MERIDA’s Rohan Dennis (AUS), who finished second in this race in 2014 and 2016, and Sacramento area cyclist Neilson Powless in his WorldTour team debut year with Jumbo-Visma – caught Morton before the climb up Carson Pass and held the gap until the final miles.

As some of the lead group riders began to fall back on the slopes of Luther Pass, Jumbo-Visma’s 2017 race champion George Bennett (NZL) and EF Education First’s Sergio Higuita (COL) tried to bridge to the lead group. Dennis, the current World Time Trial Champion who also hold stage winds at all three Grand Tours, drove the pace to the Sprint line coming across second to pick up valuable seconds off his overall time in the form of bonus points. Asgreen and Astana Pro Team’s Davide Ballerini (ITA) who spent a full day on the front, led the chase group on the descent.

Astana attacked on the final climb followed by van Garderen who took the lead, with Moscon, Ballerini and Asgreen close behind. On the final uphill meters, van Garderen launched a final attack that put him in the overall race lead, with Asgreen countering past him to take the stage.

Today’s Breakaway from Cancer® Most Courageous Rider Jersey went to Rally UHC Cycling’s Sacramento-area rider Evan Huffman, the race’s 2016 KOM winner who racked up two stage wins in 2017, who spent the day out front from the early breakaway and continued to push the pace of the lead group up the steep segments of the race later in the stage.

Tomorrow’s Stage 3 presented by TAG Heuer will take the cyclists on a 129.2-mile ride from Stockton to Morgan Hill – the race’s first westward departure out of Stockton since 2007.

“Creating powerful connections in the communities we serve is just as important as developing vital medicines and making a difference in the world,” continued Le Goff. “Today’s healthcare options for treating serious illness are more promising than at any other time in our history. Now more than ever, patients living with serious diseases such as cancer and cardiovascular disease can look to the future with greater hope. Our sponsorship of the Amgen Tour of California gives us a platform to discuss, educate and empower patients to have hope and believe in innovation to live a longer, healthier life.”