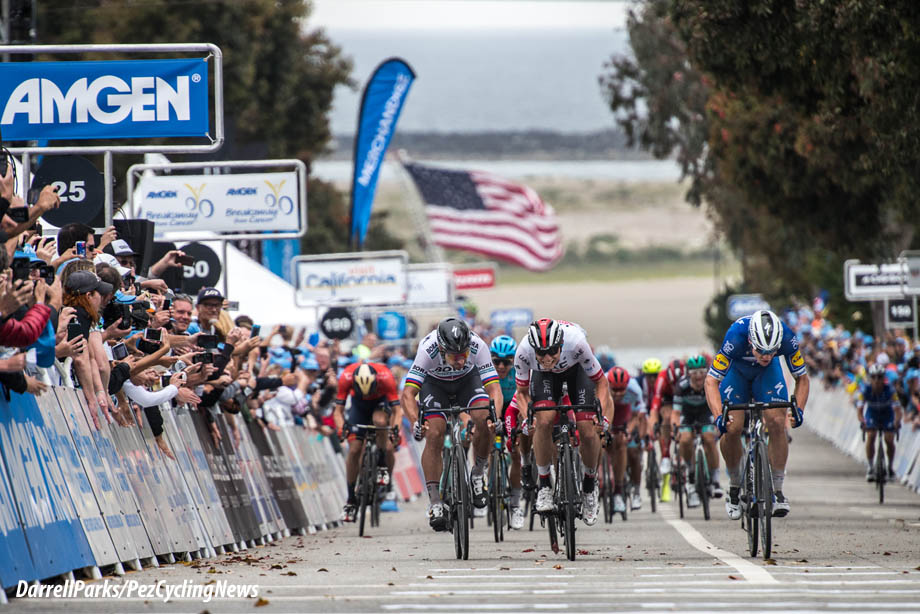 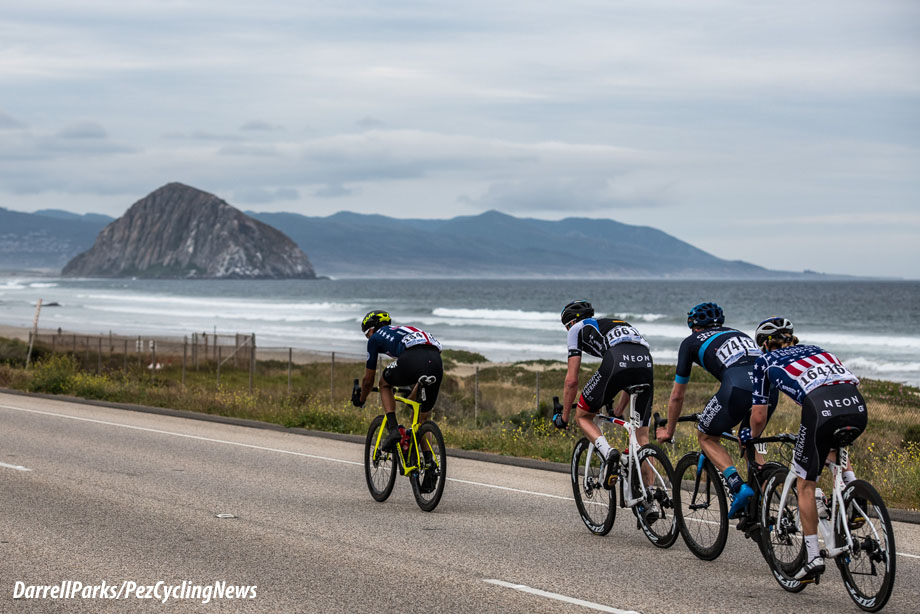 Sagan, who won the 2017 Morro Bay stage on this same finish route, took third place today and moves into the green jersey, which he has worn regularly during his years at this race.

Meanwhile, the peloton encountered the unexpected. When race leader Tejay van Garderen (Tacoma, Wash.) came off his bike and suffered a mechanical issue with about 5 miles left to ride, EF Education First Pro Cycling teammate Lachlan Morton (AUS) offered up his bike and the team worked to pace their leader back up to the main group. A crash at the back of the peloton that affected multiple GC riders neutralized the time gap that resulted, with the leader board ending up unchanged after today’s stage. 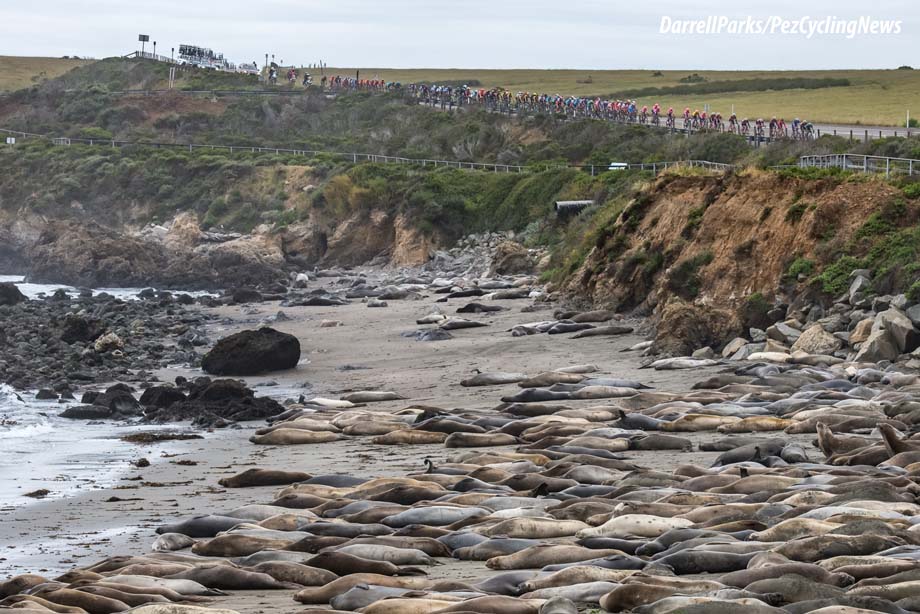 A rain-dotted ride from WeatherTech Raceway Laguna Seca to Morro Bay featured the iconic coastal views of Central California’s Highway 1, which has reopened after a massive effort by Caltrans to repair damage from a 2017 landslide. 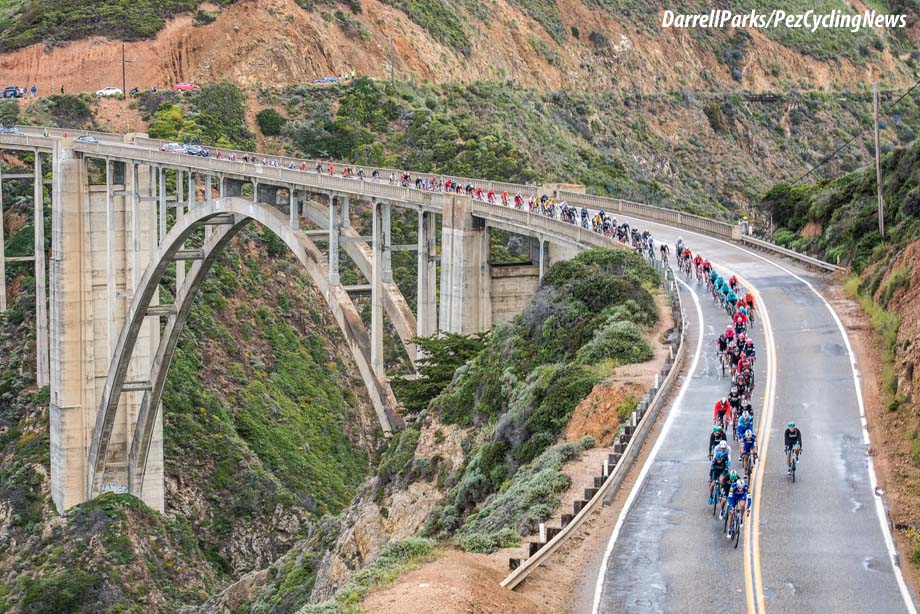 Hernandez was the last to be caught with just over 5 miles to go and earned the Breakaway from Cancer® Most Courageous Rider Jersey. USA Cycling National Team will have two riders in jerseys tomorrow with teammate and reigning U.S. U23 National Champion Alex Hoehn (Lenexa, Kansas) retaining the polka dot jersey. 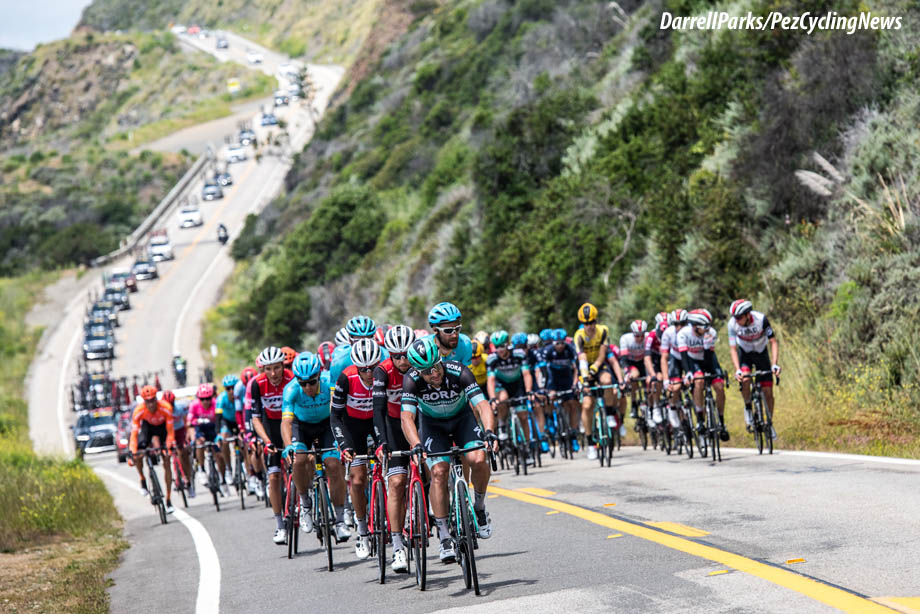 Tomorrow’s Stage 5 presented by Lexus from Pismo Beach to Ventura is the longest road day of the week at 136.4 miles.

Also tomorrow, the Amgen Tour of California Women’s Race empowered with SRAM UCI WorldTour race kicks off in Ventura, showcasing the world’s best women cyclists. It will run concurrently for the final three days of the men’s event, May 16-18.