Diegem’17: Attacks In The Dark! Photo Gallery And Video

PeloPic: Saturday evening in Diegem saw round 6 of the Telenet Superprestige trophy go to European champion and top winner of the 2017/18 season, Mathieu van der Poel (Beobank-Corendon). Under the floodlights he again rode solo to the win over World champion, Wout Van Aert (Crelan-Charles) by 55 seconds with Laurens Sweeck (Era-Circus) in third place at 1:41.

An early crash for Van der Poel looked to play into the hands of Van Aert who is leading the competition, but it didn’t take the Dutchman long to fight his way back and take the lead. At the start of lap 3 Van der poel was on his own and that was the end of the race for the win. Van Aert still leads the Superprestige, but by only 1 point from Van der Poel with two rounds to go.

Report and all the other week’s cross news in EUROTRASH Monday. 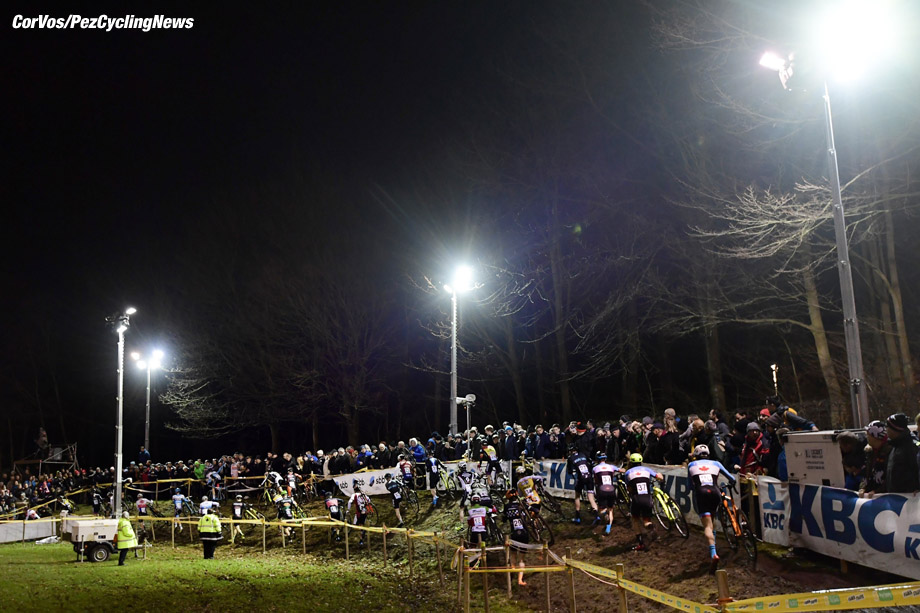 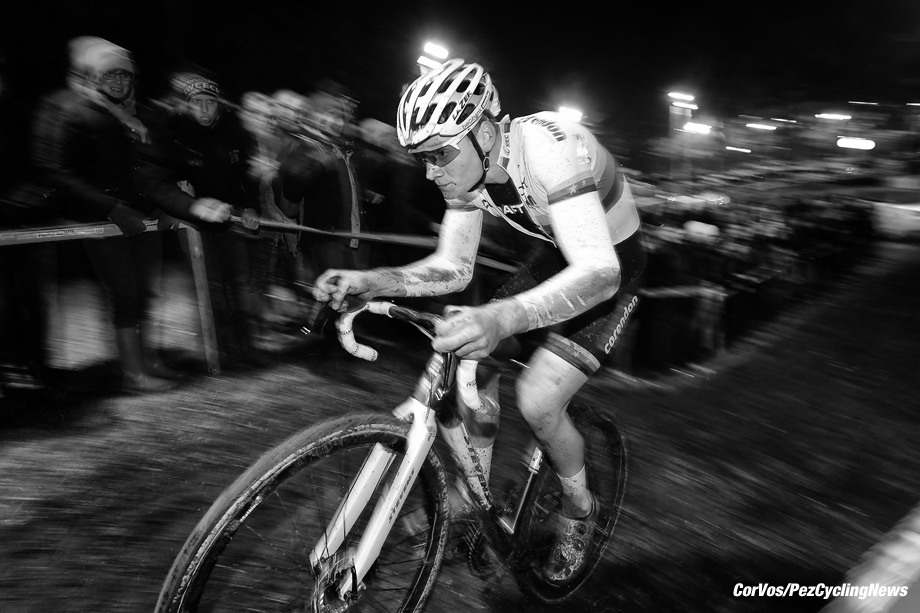 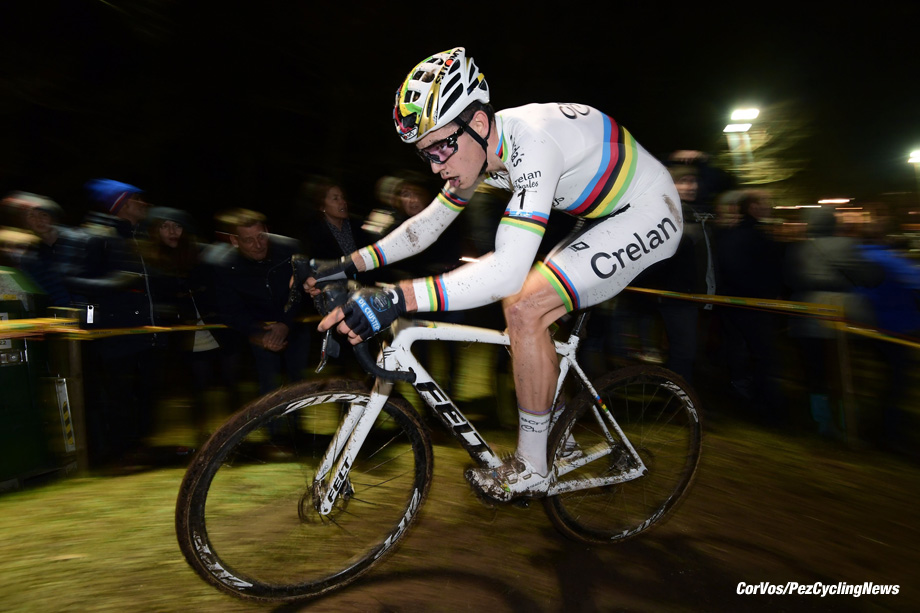 Early in the race it looked good for the World champion, but it wasn’t to be 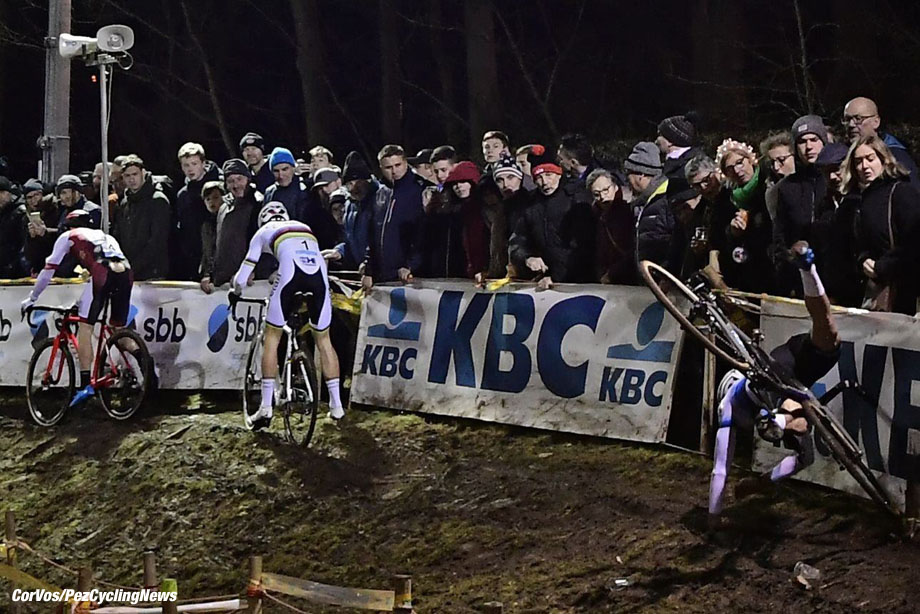 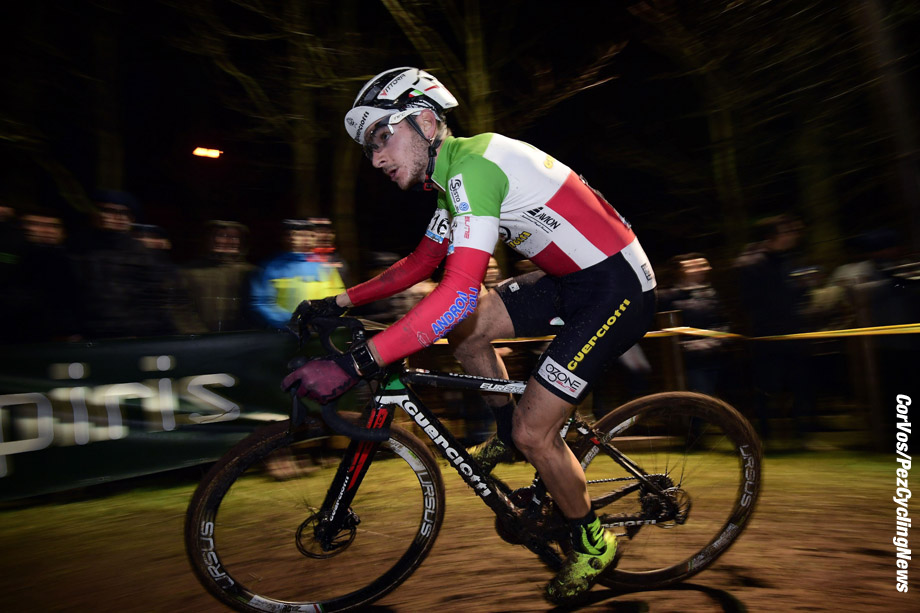 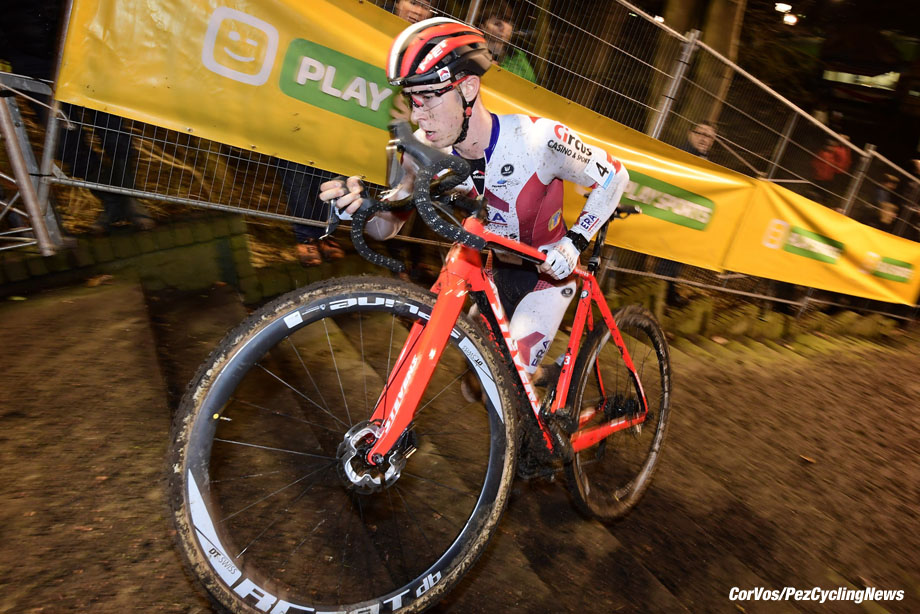 Another podium for Laurens Sweeck (ERA-Circus) 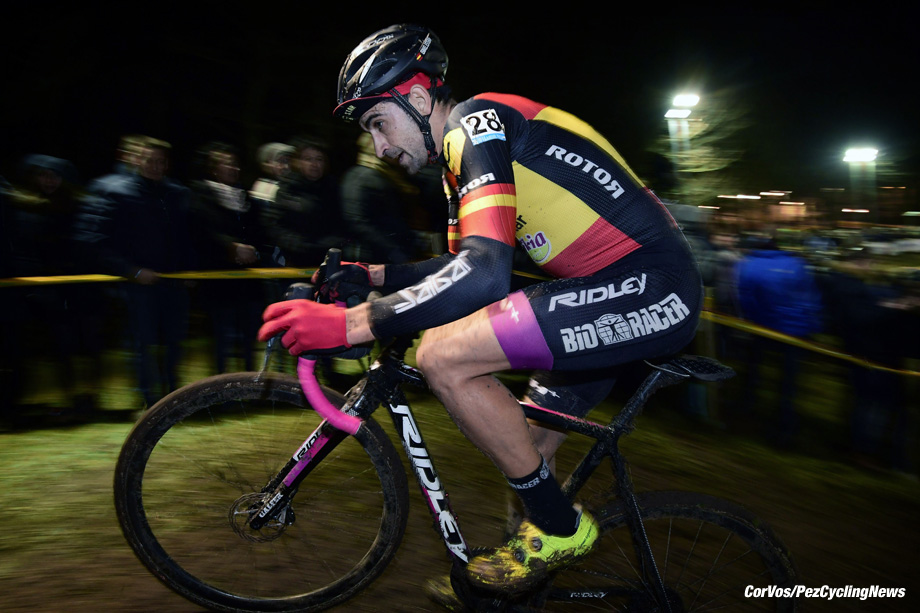 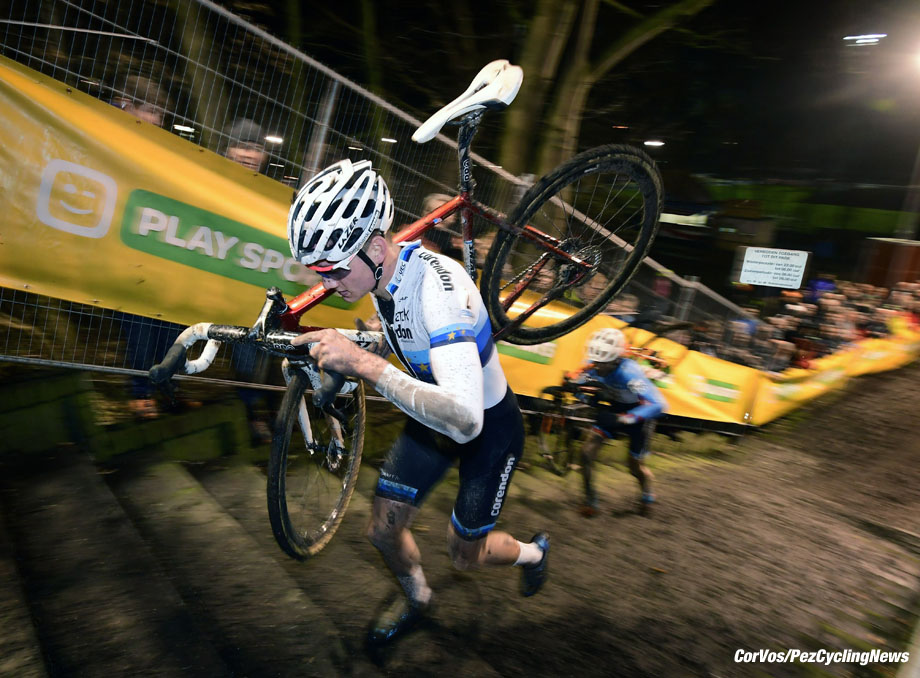 As usual Van der poel was the strongest off the bike 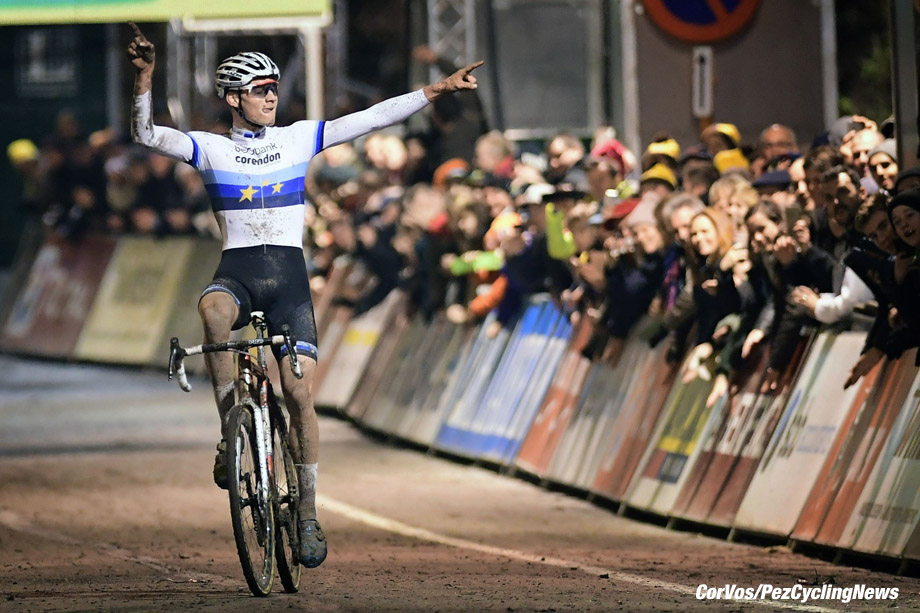 Another win for the European champion 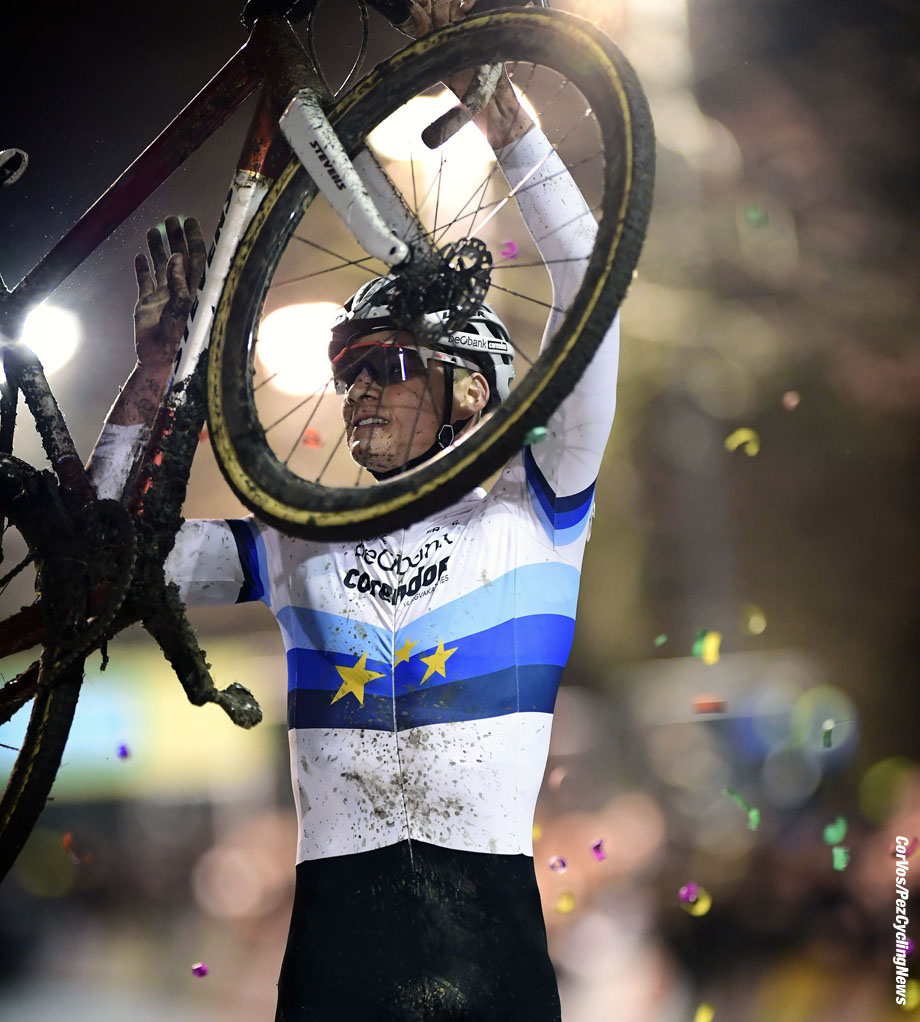 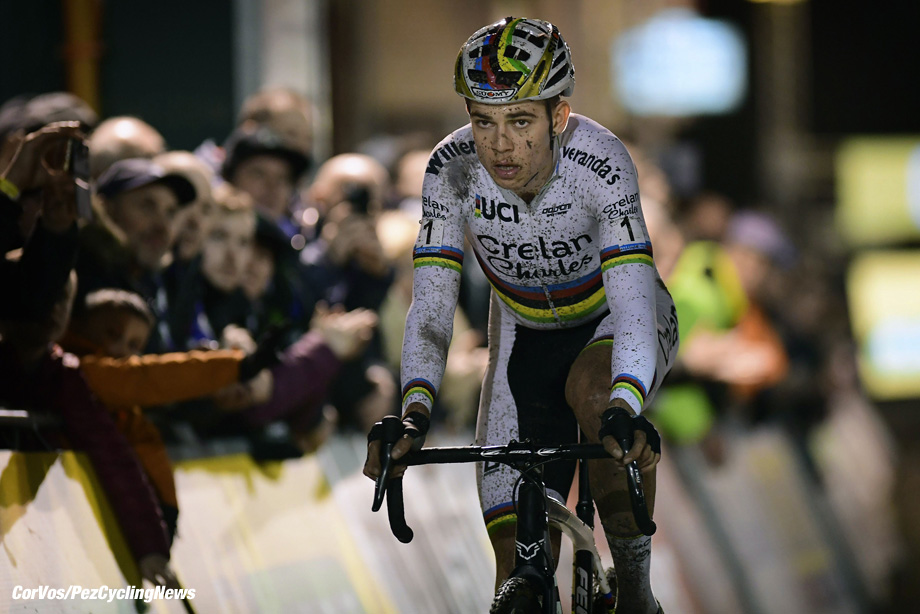 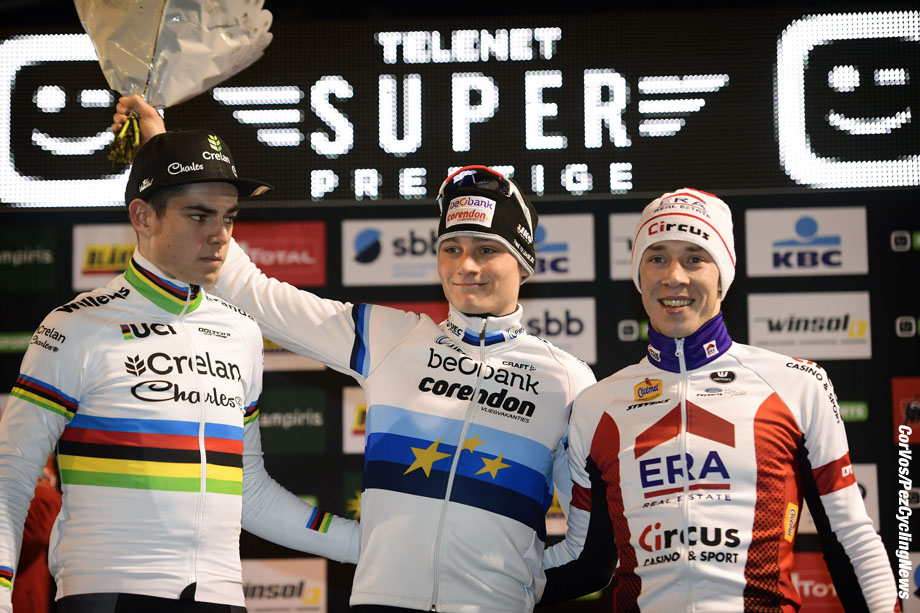 A bit of a look from Wout Van Aert